The app, which kick-started the music streaming revolution in the Philippines, won at the GSMA’s 20th Global Mobile Awards which is dubbed the “Oscars” of the mobile industry. SPINNR was recognized among other nominees like Samsung’s Milk Music, Universal Music’s The Kleek, Bharti Airtel’s Wynk, and the Radio Sawa app.

Launched in 2013, SPINNR is the only music app that combines premium ad-free streaming with song purchases and free radio service, all for as low as P2.50 a day and with no data charges.

SPINNR received judges’ praise for being a multiplatform app with “a proven track record in driving subscriptions in the Philippines, thanks to a bite-sized revenue model with carrier billing in a low credit card user base environment.”

SPINNR is part of the PLDT Group’s suite of content services that have spurred the growth of mobile Internet revenues by 63% to P8.1 billion in the fourth quarter of 2014. Mobile Internet usage increased by 167% to 48,329 Terabytes year-on-year. 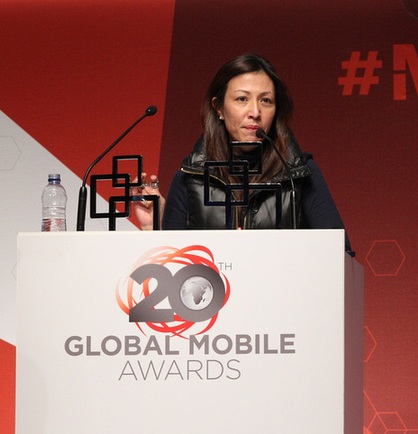 “Our warmest congratulations to all the winners of the 20th Global Mobile Awards,” said GSMA chief executive officer John Hoffman. “Our winners are in the esteemed company of the mobile innovators, pioneers, and leaders that have won these coveted awards over the last two decades, many of whom have been game-changers in transforming the way that the world communicates.”

“We are happy that our homegrown SPINNR app has been recognized as the top mobile music app in the world. Just a few years ago, Filipinos were not very familiar about the concept of music streaming. By giving users the total music experience through streaming, exclusive merchandise, and the hottest music events, SPINNR has revolutionized the way Filipinos enjoy and experience music through their mobile phones,” said Mellissa Limcaoco, head of Smart’s innovation and product development group.

Having established partnerships with the biggest music labels – Universal Music Group, Sony Music, and Universal Records – SPINNR owns the exclusive rights to use and distribute in the country their entire library of digital content which includes millions of local and international hits spanning different genres. Sometimes, SPINNR even releases singles and albums a week before they become available in physical stores.

The brand is present in the biggest concerts such as Taylor Swift’s Red Tour, and offers exclusive promos, merchandise, and meet-and-greet opportunities to its users. By promoting paid music services and artist interaction, SPINNR joins the fight against music piracy and protects the artists’ right to earn from their craft.

SPINNR is available as a free downloadable app on Android phones and iPhones, and can be accessed by other internet-capable gadgets like tablets, laptops, and desktops via www.spinnr.ph. Users can log in using their Smart, Talk ‘N Text, or Sun Cellular account or their Facebook account.

The GSMA award is the latest commendation for the rapidly growing music service. Last year, SPINNR won the Best Content Service recognition from the Asia Communication Awards, and was named by the Boston consulting group JANA as the top music streaming app used by Filipinos.

This is also not the first time for Smart to win at the Global Mobile Awards. Last year, the company’s disaster preparedness and emergency response program called SafePH was named “Best Use of Mobile in Emergency or Humanitarian Situations.” The GSMA cited Smart specifically for its quick network restoration and emergency response efforts in the aftermath of Supertyphoon Yolanda.

The Most Anticipated Choice for Gamers – Say Hello to Overclocking DDR4

Cholesterol incidence in the Philippines on the rise

Watch the Pacquiao-Mayweather fight on your phone for just P499!