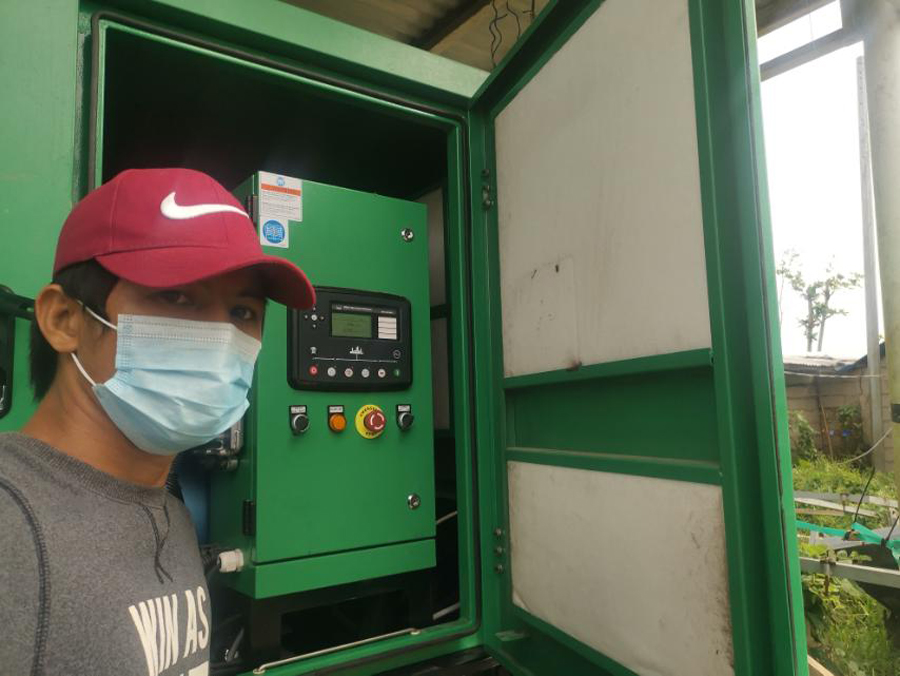 Smart Communications Inc. (Smart) network engineer Frederick Rebotabo was picking up a service vehicle in Puerto Princesa City when super typhoon Odette hit the province of Palawan in December. The vehicle was to be stationed in the municipality of Taytay, some 200 kilometers north of the city.

“It was already raining hard. And the wind was really strong. But I pushed on. I knew I will have to quickly assess our equipment as soon as the storm passes,” recalled 30-year-old Rebotabo.

With Odette pounding the province with destructive winds, it became obvious to Rebotabo that reaching Taytay would be a challenge. While he and other motorists did what they could to clear the roads of felled trees, their luck ran out at Babuyan Bridge, around 50 kilometers north of the province’s capital.

“The bridge was flooded so we waited until the next morning to cross it. But we didn’t get very far. Huge trees had already blocked the road,” shared Rebotabo.

Rebotabo tried going back to Puerto Princesa but vehicles had been barred from crossing Babuyan bridge for safety concerns. Coincidentally, a team of PLDT repair personnel who were heading north to repair fiber cuts was also stranded on the other side of the bridge. Rebotabo ferried the team to Barangay San Rafael.

With debris rendering roads impassable, Rebotabo left the service vehicle with the PLDT crew. Along with other stranded commuters, he braved the scorching heat and walked to the town of Roxas lugging a gallon of water and a few basic tools.

“We passed a road buried in mud. We had to go down the side of the mountain to get through it. My companions were very anxious to hear from their families. And that motivated me. Realizing the importance of communication after the storm, I wanted to make sure that families are reconnected,” said Rebotabo.

After walking for more than eight hours, Rebotabo was able to hitch a ride with a delivery truck that was heading back to Roxas. Despite his ordeal, he quickly filed his report to the crisis center in Manila and uploaded photos of damaged equipment.

Upon reaching Taytay two days after he left Puerto Princesa, Rebotabo visited nearby cell sites to assess the damage and fix those that he could.

“We prioritized repairing downed sites in heavily affected communities. The best thing we can do for our customers is to connect them with their loved ones,” he said.

With the help of Rebotabo and his fellow frontliners, PLDT and Smart made headway in the restoration of affected services in heavily impacted areas in Palawan, Visayas and Mindanao.

PLDT and Smart aim to create a #SafeandSmart Philippines by championing initiatives that promote a culture of preparedness, provide immediate response through network resilience, continuous availability of communication services, and relief assistance to communities affected by disasters, and aid in recovery.