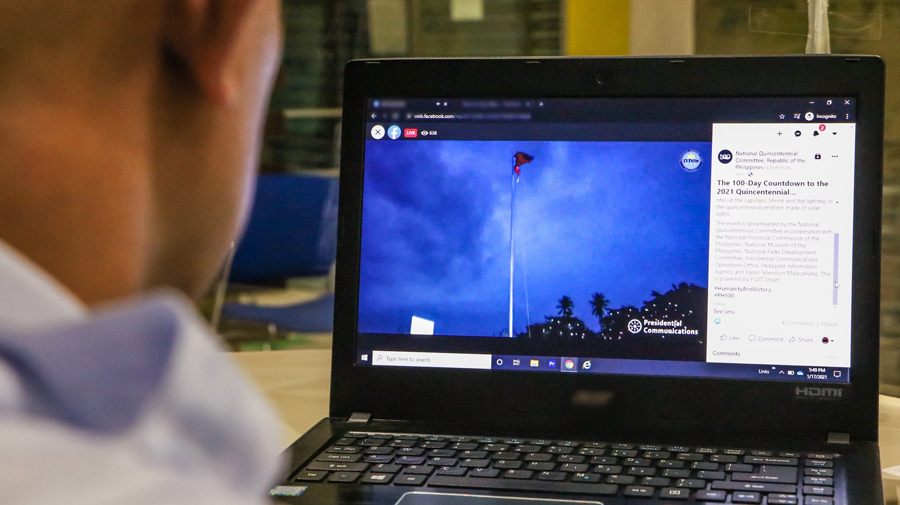 The National Quincentennial Committee is a PH inter-government institution created to organize Quincentennial commemorative activities such as the 500th anniversary of the Victory at Mactan, the country’s significant role in the foremost circumnavigation of the world, and other related activities.

PLDT and Smart also recently supported NQC and Bangko Sentral ng Pilipinas’ (BSP) launch of the 5000-Piso Lapu-Lapu Commemorative Banknote and Medal at Fort San Antonio Abad at the BSP Complex in Malate, Manila; as well as the building of the largest 2021 Quincentennial Commemorations in the Philippines logo using solar lamps by NQC, the Liter of Light advocacy group, and the National Parks Development Committee. By working together, the aforementioned institutions successfully brought these events to the digital platforms, reaching a wider audience locally and globally.

“We are fully committed to continue our network buildout to improve the quality of our service and to keep communities connected despite the challenges of the pandemic. Through our sustained network expansion efforts and this collaboration with the NHCP and NQC, more people across the country and all over the world will be able to take part in important milestones of our nation’s history. We at PLDT and Smart are deeply grateful to the NHCP and the NQC for making us part of this historical celebration,” says Manuel V. Pangilinan, PLDT Chairman and CEO.

Chair of the National Historical Commission of the Philippines and Executive Director of the National Quincentennial Committee, Dr. Rene Escalante expressed his gratitude to PLDT and Smart during the 100-day Countdown to the 2021 Quincentennial Commemorations in PH held at the Rizal Park, Manila. “I would like to take this opportunity to thank PLDT and Smart for their patriotic decision to support our Quincentennial Commemorations. Mr. Manuel V. Pangilinan’s response to our request for a strong and stable signal in Guiuan, Eastern Samar this March is an important thing.”

“It warms our hearts that not only did they promise to help us in Guiuan in March but also extended their assistance to the currently listed activities. They also assisted us in ensuring that we successfully conducted the 100-day Countdown program at the Liberty Shrine in Mactan, Lapu-Lapu City. Again, thank you very much to PLDT Smart and Mr. Pangilinan,” Dr. Escalante added.

Under the theme, “Victory and Humanity,” the Quincentennial commemorations are intended to promote local and national tourism to help ignite Filipino nationalism.

Among these activities are the Raising of the Philippine Flag in the Liberty Shrine at Barangay Mactan, Lapu-Lapu City, Cebu last January 27, 2021. The site for the permanent display of the PH flag was hand-picked and given recognition by NHCP and NQC in time for the 500th anniversary of the Victory at Mactan. This event also marks the official 100-day countdown to April 27, 2021- the beginning of the historic celebration of the 2021 Quincentennial Commemorations in the country.

Support for virtual celebrations that showcase the rich and colorful Filipino heritage and culture, is among PLDT and Smart’s initiatives to empower their customers in pursuing their passions and purpose. For almost a decade, Smart through its Digital Tourism Program, has been providing digital solutions to various sectors such as local government units and public-private organizations.

These customer-centric efforts go hand in hand with PLDT and Smart’s accelerated network rollout across the country. As of December 2020, PLDT’s fiber infrastructure, the most extensive in the country, comprised more than 429,000 kilometers. This fiber infrastructure supports Smart’s mobile networks, which now cover 96% of the population and is available in 95% of the country’s cities and municipalities.

Smart Signature and Infinity customers to get FREE Landers membership

Ajinomoto takes factory tour online with the launch of Virtual Experience: Be More

Gained pandemic pounds? Here are five ways to lose them