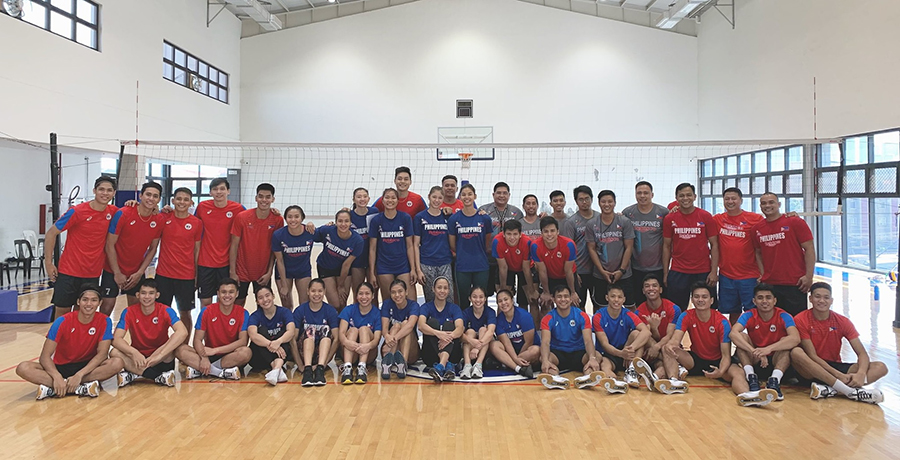 which ended the tournament powerfully with a silver finish
Recent

Philippine Volleyball Teams Make Their Mark in the 2019 Sea Games

After years of lackluster finishes in the Southeast Asian Games, Philippine volleyball showed resurgence this year with strong performances and podium finishes all throughout against the rest of the region’s powerhouses.

Congratulations to the men’s indoor volleyball team, led by captain John Vic de Guzman, which ended the tournament powerfully with a silver finish, breaking a drought of almost 15 years. The men’s team last earned the bronze in the 2005 SEA Games also in Manila, making this achievement particularly more impressive!

Congratulations are also due to the beach volleyball teams, which both earned the bronze in their maiden outing! Jude Garcia and Jaron Requinton defeated Singapore to secure the bronze, while Sisi Rondina, Bernadeth Pons, Dzi Gervacio, and Dij Rodriguez of the women’s team locked it down after big wins against the Singapore women’s team.

The women’s indoor volleyball team fell shy of a podium finish this year. Their play, hard work, and heart do not go unnoticed, however, as they also deserve congratulations and thanks for giving it all they’ve got.

Rebisco would like to thank all of the players of the Philippine indoor and beach volleyball teams for representing the country with pride and honor, and all the hard work they’ve put in fighting hard in the SEA Games. We are proud of you, and we will always support you!

Acer Updates Their Tablet Line with the Iconia Tab 7, Tab 8, Tab 10, and Iconia One 7

Sale Alert: Shop on the Lazada Mobile App from May 23 to 28