Smart switched on LTE-A at the Smart Jump Center in Mandaluyong City recently, setting the next phase of mobile communication technology beyond 4G LTE standards.

LTE-A, referred to as ‘5G’ by reports on leading global mobile operators AT&T and T-Mobile, delivers data from between 100 megabits per second (mbps) to 1 gigabit per second (Gbps), or ten times faster than 3G services and more than twice as fast as 4G services.

By firing up LTE-A technology on its network, Smart joins only a handful of carriers around the world with an LTE-A network, along with leading mobile operators in South Korea, United States, Singapore, Australia, and Hong Kong. 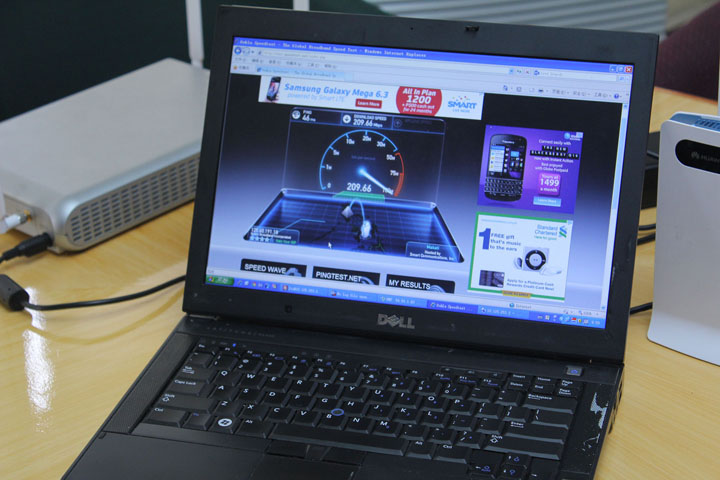 “Even as our 3G and 4G networks continue to be unrivaled, Smart becomes the first operator to leap into the future and put the Philippines at par with the world’s most advanced countries in terms of mobile communications technology,” said Orlando B. Vea, founder and Chief Wireless Advisor of Smart.

With LTE-A, a 10MB file takes less than a second to download, YouTube videos no longer have to buffer, and video calls are almost lag-free. But beyond speed, LTE-A’s main feature is also its capability to allocate more network resources to users when the need arises. Smart started testing LTE-A across the country in August last year, delivering results of more than 100Mbps in Makati City, in Boracay, and in Davao City during the Kadayawan festival.

Ramon Isberto, Public Affairs head for Smart and its parent company the Philippine Long Distance Telephone Company (PLDT), said that the recent development is part of the company’s multi-pronged approach in addressing the various needs for internet and data services in the market.

“The PLDT Group’s strategy has always been to create solutions that address the varying needs of all segments of our customers, to bring fixed, wireless and mobile broadband services where they really matter. They may be delivered at different speeds and volumes, using a variety of technologies, and meant to respond to a wide range of needs of the market – but all of it is aimed at bringing the benefits of the internet to every Filipino,” explained Isberto. 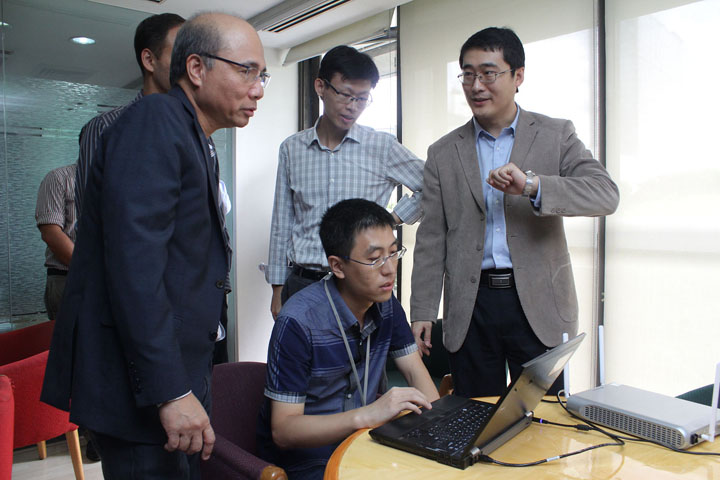 Co-founder and Chief Wireless Advisor of Smart Orlando B. Vea (first from left) during the tests of 5G LTE-A in Smart last year, where speeds reaching 209.66 mbps were recorded.

This strategy meant deploying a combination of Fiber-to-the-Home, Next Generation Network, Time-Division Duplex LTE, Frequency-Division Duplex LTE and vDSL to bring internet to every Filipino home, and 3G, 4G, and 5G or LTE-A for mobile subscribers, according to Isberto.

“We are able to deliver all these high-bandwidth services and applications on the strength of our transmission backbone network, which is the most extensive and most resilient in the country. Aside from allowing us to commit to speed, our unmatched network resources give us the edge in terms of efficiency and reliability,” added Isberto.

Smart’s nationwide coverage is backed by PLDT’s fiber optic cable connection which has now reached nearly 90,000 kilometers, or more than four times than competition. To further strengthen this domestic fiber optic network (DFON), PLDT also set up third legs in its fiber loops in key areas nationwide, the latest of which is the Bohol DFON project that provided redundant links between the Visayas and Mindanao.

Ripple Effect of Investing for Education