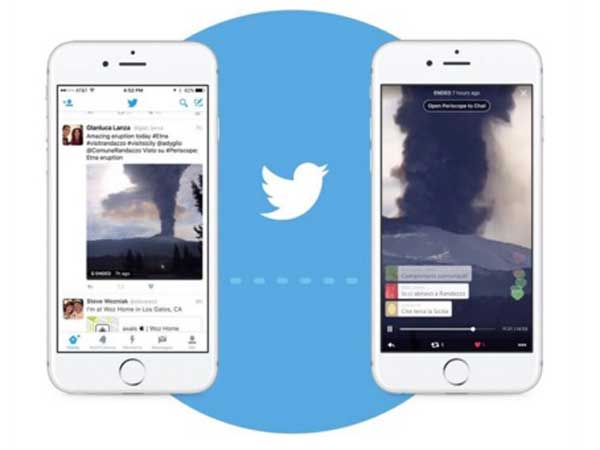 Twitter and Periscope today show users what is going on in the world, right now — whether that’s outside the window or across the globe. Since Periscope launched last year, people have created over 100 million live broadcasts. Today, Twitter is making it easier to see what is happening by bringing Periscope broadcasts — both live and replays — directly into Tweets.

Since launch, there have been over 100 million broadcasts created on Periscope. Whenever a broadcast was shared on Twitter, users could simply tap the link to open the Periscope app. Today, Twitter is replacing those links with the broadcast itself, autoplaying right within the Tweet. And when users tap the video, it goes full-screen and shows Periscope comments and hearts from other viewers. Twitter users do not need the Periscope app or even a Periscope account.

Imagine scrolling through Twitter, reading about Mitch Oates’ underwater adventures. Users will suddenly find themselves peering through a hole in their timeline out into his world, via his live broadcast. This adds a whole new dimension to Twitter.

For broadcasters, this means you can reach the massive Twitter audience. And for everyone on Twitter, there’s now a richer experience in your home timeline, search results, and on anyone’s profile who’s shared a Periscope.

Twitter is rolling out this feature on Twitter for iOS over the next few days. To everyone using Twitter for Android or on web: Twitter has not forgotten about you! Twitter plans to roll these features out on all platforms as soon as they are ready.

Twitter (NYSE: TWTR) enables everyone to create and share ideas and information instantly, without barriers. The service can be accessed at Twitter.com, on a wide variety of mobile devices and via text message. Available in more than 35 languages, Twitter has more than 316 million monthly active users. For more information, visit discover.twitter.com or follow @TwitterSG.

Five Little Ways to Help Others During the Quarantine

Avid Lazada Customers Tell All: Top Hacks To Save More When Shopping Online