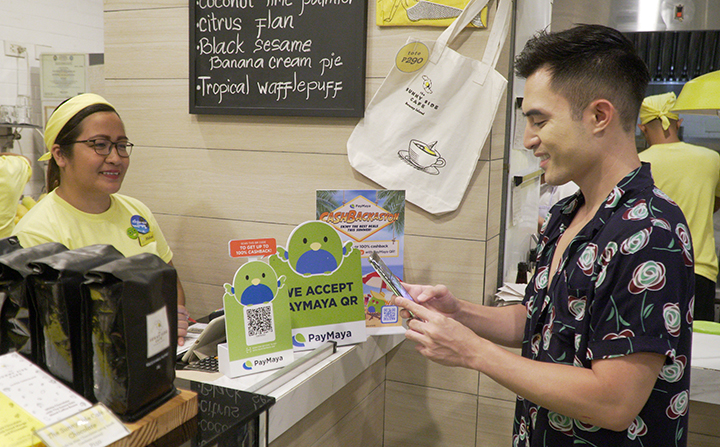 PayMaya now has expanded presence in Boracay Island through PayMaya QR, just in time for the summer. This allows beach-goers to enjoy the convenience of going "cashless" during their stay.
archive, Featured, Finance, Tech

Pay for tricycle rides, beach essentials, and food staples with just your phone!

Leading the charge in increasing the adoption of “cashless” payment systems all around the country, PayMaya further expanded the mobile payment ecosystem in Boracay in time for the summer through PayMaya QR.

Beach-goers around the recently re-opened island popular for its white-sand beaches can now pay using only their mobile phones in hundreds of merchants all across Boracay, ranging from food establishments, hotel and accommodations, merchandise, micro-sellers, and even transportation, among many others.

PayMaya is now the preferred payment option in some of the merchants in Boracay where users can pay using their app via PayMaya QR, including restaurants like Spice Bird in D’Mall, Titos near Station 2, and Sunny Side Café in Station 3; convenience store like Budget Mart; and Epic Bar, among many others.

This is on top of the initial batch of merchants that have been offering PayMaya QR as a payment method in Hue Hotels and Resorts as well as small merchants in Station X, which was launched in January of 2018, including other nationwide key merchants such as McDonald’s, Army Navy, Yellow Cab, Shakey’s, and Mercury Drug, among others.

The initiative is seen to further boost the tourism industry and the local economy in Boracay, which was just recently re-opened following a six-month closure for rehabilitation by the government.

It also follows PayMaya’s establishment of similar “cashless communities” all around the country–including in areas such as La Union, Baguio, Cebu, and General Santos, among others–as it leads the country toward adopting mobile and digital ways of transacting for their everyday needs.

By establishing a mobile-based cashless ecosystem in the island, commerce is expected to flow more smoothly and help reduce the friction and risk of paying via cash–all consumers would need is their mobile phones in order to pay for their purchases.

To know more about the various offers and payment solutions offered by PayMaya, visit www.paymaya.com

5 Awesome Ways to Level Up Your Selfie Game

Shop Brother to Start 2020 and Get the Best Deals and Perks!