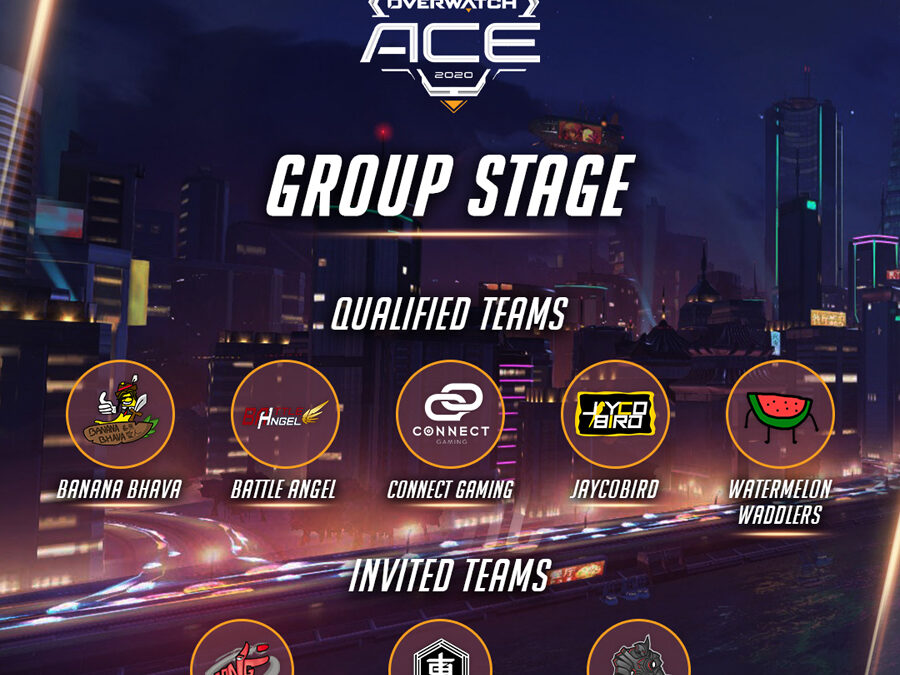 OverwatchTM 2020 ACE Championships, a fresh platform to profile Asia’s brightest Esports talents enters its Group Stage. Eight leading OverwatchTM teams will face off for a seat in the Playoff to win a portion of the US$100,000 prize pool.

Three invited teams (Abang, Far East Society and Jaeger) will compete alongside five teams which emerged victorious in the Qualifiers (Banana Bhava, Battle Angel, Connect Gaming, Jaycobird and Watermelon Waddlers). The top four teams will square off in The Playoff which will be streamed on 3 – 4 October 2020 on AKG’s YouTube channel as well as the Overwatch Twitch channel. Keep up to date with the action by subscribing to AKG’s Facebook. Weekly highlights and detailed schedules will be revealed on these social media platforms.

OverwatchTM ACE is part of Activision Blizzard Esports’ commitment to enhance OverwatchTM esports communities in Asia. Leading Asian esports organiser AKG Games, the organiser of several successful Activision Blizzard Esports events such as the Hearthstone Elite Series Indonesia and Philippines, was selected by Blizzard to spearhead this exciting new opportunity for players in the region.

"Take Action" from Home with NASA

Smart celebrates the Season of Giving with GIGAMANIA