On the occasion of World IP Day 2015, the screen community and government have renew their commitment to eliminate illegal camcording in the Philippines.

The Philippine government and film industry renewed their resolved to uphold intellectual property rights (IPR), protect the livelihoods of the many thousands of professionals in the screen community, and thank audiences for supporting films and TV shows through legal means.

“Motion picture and video constitute a core part of our copy-right based industries (CBIs). CBIs, as shown in the 2014 study of the World Intellectual Property Organization, have significant contribution to the Philippine economy at 7.34% at the gross domestic product (GDP) and 14.14% to employment. With some of our films critically acclaimed here and abroad, our movie industry holds promise for a stronger niche in the region. To support the industry, we continue to step up awareness and enforcement efforts against movie piracy,” said Atty. Allan B. Gepty, Deputy Director-General at the Intellectual Property Office of the Philippines.

Here are some notable accomplishments:

“The PNP will continue to work closely with the movie industry to ensure that offenders are caught and brought to justice,” said General Benjamin Magalong, PNP-CIDG Cheif. “The PNP is keeping close watch on these syndicates and we intend to take them down. There will be zero tolerance for those caught camcording in cinemas.”

Violators will be caught – it’s their Tadhana

The current incentive scheme of 5,000 pesos for each successful interdiction of a camcorder by conscientious citizens also helped in capturing IP violators. Most recently, criminal charges have been officially filed against one arrested offender for camcording the animated movie “Home” in March 2015. (See: Two Chinese Nationals Arrested for Illegally Recording a Movie)

“This year on World Intellectual Property Day, we recognize the unique role of the creative and performance industry in bettering our world and contributing to our economy and culture. It is also an opportunity to celebrate and recognize the connection between intellectual property protection and the creation of this art form,” said Brian Breuhaus, U.S. Embassy Economic Officer. “By building awareness of the role of copyright in incentivizing creativity, we are making sure that future generations will also be able to enjoy the fruits of the creative filmmaking process.” 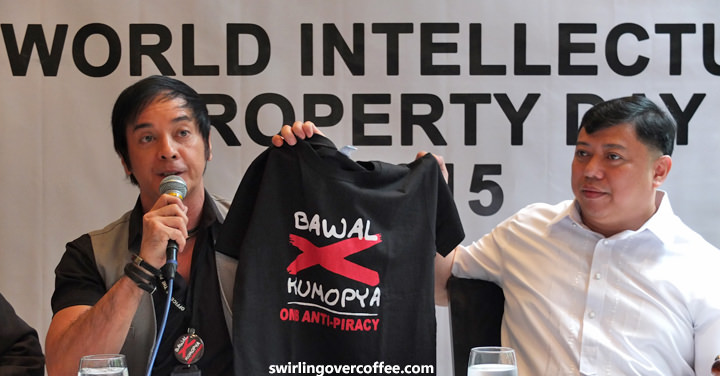 Unfortunately, it is not only international titles that are being camcorded. Original Filipino movies are also target for camcording syndicates.

A recent Filipino movie titled “That Thing Called Tadhana” has also been the subject of recent controversy when the lead actress was tagged by Instagram followers while watching a pirated copy of the movie. The actress voiced her disapproval on social media, citing that watching pirated copies of movies is an illegal activity.

“The local film industry is undergoing an age of renaissance. The quality and caliber of the films emerging today – many from new filmmakers – is attracting a lot of attention in both domestic and international audiences,” says Dominic Du, MPAFPC representative. “We need to protect these creative individuals, and the actors, crew and studios behind them, to ensure that we will continue to enjoy the kind of films that Filipinos enjoy.” (See 9 Types of Content Theft from the Motion Picture Association)

According to OMB Chair Ronnie Ricketts, “Just like any other similar properties, intellectual property rights deserve to be protected from unscrupulous profit makers, that brings prejudice to government tax collections, as well as posing undue disadvantages to economic opportunities. As we commemorate and celebrate World Intellectual Property Day, the OMB reaffirms its explicit mandate in the promotion and protection of intellectual property rights by continuously enforcing the laws, regulating, prosecuting, and educating the public on the intricacies of preventing piracy.” 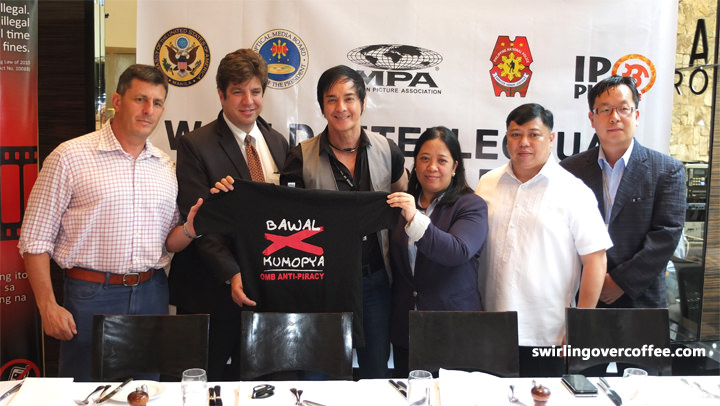 World IP Day was celebrated with a free screening of “Avengers: The Age of Ultron” at the Greenbelt Cinema 3.

Why Your Startup’s Branding Should Be On Point

Ekowave is a classy and comfy headphone for only P999

Are your classrooms into the digital age?