Home > Recent > Maintaining momentum: 70% of women in tech agree that their skills were considered ahead of their gender, but the equality journey isn’t over 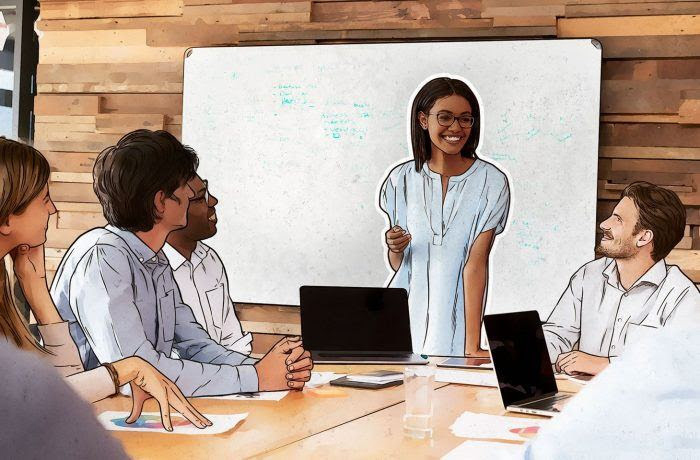 Maintaining momentum: 70% of women in tech agree that their skills were considered ahead of their gender, but the equality journey isn’t over

More than half (56%) of women in tech have seen levels of gender equality improve in their organization over the past two years, with a further 70% agreeing that their skills and experience were considered ahead of gender when applying for their first role in IT or tech. This progression in such a short space of time represents a positive step towards sector inclusivity. But the findings from Kaspersky’s new Women in Tech report, Where are we now? Understanding the evolution of women in technology, also highlights that there is still room for improvement.

The idea of gender equality represents more than just physical bodies through doors. It is also the notion of perceptions, feelings, stereotypes and opportunity. To this end, a positive sign of progression comes from more than two-thirds of women (69%) now feeling confident that their opinions are respected from the very first day in a tech role. The increased levels of working from home seen over the past year have also had a comparatively positive effect, with 46% of women agreeing that gender equality is improved among teams that work remotely.

Overall, the report addresses the longer journey towards true gender equality, with a full reflection on the results available via a dedicated website launched today. Despite a global improvement in perceptions around gender representation, over a third (38%) of women claim that a lack of women in the tech industry makes them wary of entering the sector.

While these figures may seem relatively low, they emphasize the gap between gradual improvement and complete equality. This notion is supported by the wider realization that 44% of women maintain that men progress faster than they do in the tech space.

Considering that a similar number (41%) agree that a more equal gender split would be conducive to improved career progression and rectifying that mismatch, the report can conclude that the link between representation, and overall behaviors, opportunity and equality, has not been made just yet.

An online global outlook, designed to support the research findings, also shows how progression is moving at a different pace in different regions: from Europe where the gender balance seems to have actually worsened over the past two years; to North America where the move to homeworking may have accelerated the balance; to Latin America, where education is driving empowerment among young women in tech; and finally, APAC, where intimidation among women is now being overtaken by success stories.

To ensure women’s positive career experiences are reflected right across the globe, key steps and initiatives are needed to support a career in tech, including the provision of more mentoring or internship programs to provide access to opportunities and experience. But in order to instill a belief that the tech industry is a place for women to work and succeed, the journey needs to start much earlier.

“The issue of gender stereotypes needs to be addressed long before women enter the workplace. It needs to start at school, to engage and encourage an interest in IT and tech fields. Our work at Kaspersky with schoolchildren in a number of countries across the globe aims to ignite this interest at an early age and provide insight into what a career in tech might look like,” comments Noushin Shabab, Senior Security Researcher, Global Research & Analysis Team at Kaspersky.

“The first step in a new direction is always the hardest. Without a supportive environment, girls can struggle to find kindred spirits in online communities or at relevant offline events. They need to see that IT professionals are ordinary people with diverse skill sets and abilities, and that anyone can aspire to join the tech space,” adds Shabab.

Many companies across the globe are also beginning to introduce quotas that guarantee more equal representation across workforces. More than just adding numbers, they are designed to increase the likelihood of altered behaviors and reduced sexism in workplaces, more women reaching senior positions, and the creation of more role models who can share positive career experiences to young women who are considering entering the tech space. However, quotas aren’t the only way to maintain momentum and ensure further progress for women in tech.

“There is a famous saying that ‘you can’t be what you can’t see’. In the past few years, there have been increasing calls to improve the representation of women in technology and IT… While quotas can represent a relatively quick way to address the issue, the technology industry has proven to be institutionally misogynistic in ways that mean even quotas are insufficient for addressing the gender imbalance or aiding the progression of women to senior IT roles,” comments Dr Ronda Zelezny-Co-Founder and Director, Panoply Digital, and Ada’s List member.

She adds: “Given this, there is a need to go beyond quotas. A first recommendation is to implement blind hiring practices that help remove personal biases from the talent acquisition process.”

“This includes removing identifying information from applications, amending the language in job adverts to eliminate sex-bias in favor of male candidates, and ensuring that candidate selection is free from bias by using diverse hiring committees (instead of individuals), recruiters trained to eliminate bias from hiring processes, and perhaps eventually truly intelligent algorithms created by diverse teams that can help with the candidate identification process,” explains Zelezny.

More details on the current trajectory of women in tech, and how we can improve the situation further in the future, are available in the full Where are we now? Understanding the evolution of women in technology report.

Gift Giving this Christmas is a Go: Here’s a Gift Guide for the New Normal