LIMITLESS, the highly-anticipated TV series in the US this fall, will premiere on RTL CBS Entertainment HD on 23 September, Wednesday at 9pm (8pm JKT/BKK) within 12 hours of its U.S. broadcast. Based on the feature film with the same title, LIMITLESS is an action-dramaabout Brian Finch who discovers the brain-boosting power of the mysterious drug NZT. The series stars Jake McDorman (“American Sniper” and “Greek”), Jennifer Carpenter (“Dexter”), Hill Harper (“CSI:NY” and “Covet Affairs”), and Mary Elizabeth Mastrantonio (“Scarface” and “The Colour of Money”). Academy Award nominee, Bradley Cooper is executive producing the series and will guest star in the pilot reprising his role as Senator Edward Mora, the character he played in the movie.

“We’re committed to bringing very strong programming to audiences in the region and are delighted to air LIMITLESS day and date ofits U.S. broadcast,” says Jonas Engwall, CEO, RTL CBS Asia Entertainment Network. “This highly-anticipated show will complement the outstanding line-up of programs on our channel.”

LIMITLESS is a fast-paced drama that will explore what happens when there are no limits to man’s potentialas Finch is coerced by the FBI to use his newfound extraordinary cognitive abilities to solve complex cases for them. Working closely with Finch in the major case squad in New York City is Special Agent Rebecca Harris (Jennifer Carpenter), a formidable investigator with a dark past and Special Agent Boyle (Hill Harper), a former military officer and Rebecca’s confidant. 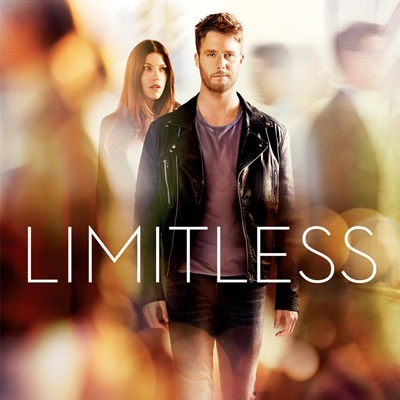 Unbeknownst to the FBI, Finch also has a clandestine relationship with Senator Edward Mora (Bradley Cooper), a presidential hopeful and regular user of NZT, who has plans of his own for his new protégé. Fueled now with a steady supply of NZT that enables him to use 100% of his brain capacity, Finch is now more effective than all of the FBI agents combined, making him a criminal’s worst nightmare and the greatest asset the Bureau has ever possessed.

Launched in Asia in 2013, RTL CBS Entertainment HD is the first channel of RTL CBS Asia Entertainment Network, the venture formed by world leading content producers, RTL Group and CBS Studios International.A general entertainment channel, it offers a balanced mix of reality, drama, comedy and daily programs and features exclusive first run content aired soon after the initial US broadcast including series Scorpion, Extant, House of Cards, Under The Dome, Elementary and Beauty and the Beast; talent competitions Britain’s Got Talent and The X Factor UK; and daily shows Entertainment Tonight, The Insider and The Late Late Show with James Corden.

Lighting the Way with Gawad Kalinga

Instant, Secure, and Convenient – Reasons Why Customers and Companies Will Like the Sodexo Mobile Pass