Another Lenovo Mobile Exclusive Store (LMES) opens in Koronadal City, South Cotabato. This marks Lenovo’s 21st LMES in the country and the first in the province of South Cotabato.

The new concept store, located at the 4th floor of KCC Mall in Koronadal City, brings a wide spectrum of smartphones ranging from entry-level to high-end devices to consumers. The new LMES will be handled by Meetrovi Mobile Shop, one of Lenovo’s official partners.

“Today, we celebrate the continuous expansion of our LMES nationwide and we are ecstatic to announce the opening of our first LMES in South Cotabato, uniquely called as the Land of the Dreamweavers. This is in accordance to the traditional T’nalak weaving, a masterpiece that is celebrated as a cultural and economical symbol of the province. Koronadal, its capital city, is the center of finance and business and has now gained a spot as the new seat of South Central Mindanao. Based on the updated Regional Development Plan (RDP) by the National Economic and Development Authority, the economy of the region is projected to reach a 10 percent growth by 2016 after it had reached 8.4 percent in 2013. This fast-emerging region is likely to increase its smartphone users who would require high-performing, affordable smartphones to keep their businesses going.” said Michael Ngan, Country General Manager of Lenovo Philippines. 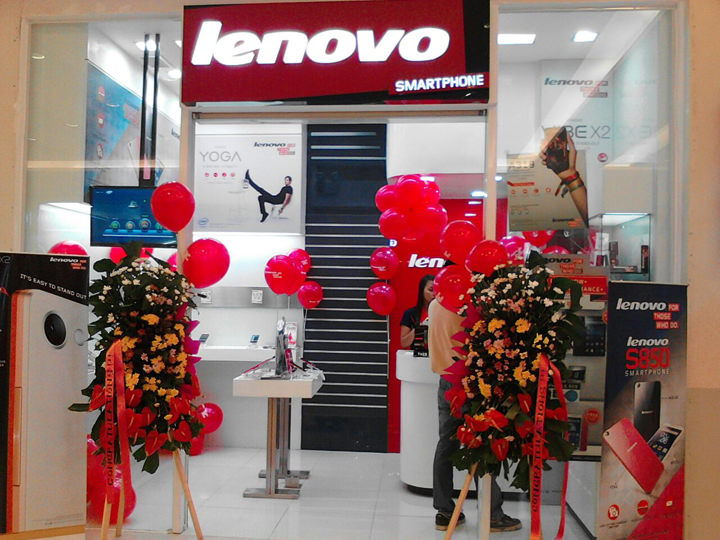 Ngan adds, “Lenovo has come a long way in bringing technology closer to people. Since we opened our first LMES in October of 2013, our brand has established a strong image as a trendsetter in the smartphone market in the Philippines. The opening of our 21st LMES in South Cotabato is a milestone that marks our continuous commitment to better serve our consumers.”

Some of Lenovo’s wide range of products include the A-series, which are entry level devices for students and young professionals who are looking for a smartphone that will not leave a hole in their pockets. The S-Series are mid-range smartphones for fun and fashionable users who love taking selfies and sharing them on their social media accounts. The Vibe Z series are Lenovo’s top of line products that boast of fast-performing processors for business executives who multitask and use several applications all at the same time. Some of better products also include the DOIt applications namely SYNCit, SHAREit, SECUREit, SNAPit and SEEit, which are useful applications so that users can make the most out of their smartphone.

WD’s Gifts for Him and Her

Nature Collection: Inspired by the charm of nature and beauty of wood

Brother Philippines: Providing Generations of Filipinos with Reliable Machines for Offices and Homes