Home > Tech > HOOQ up with Asia’s exclusive premiere of Ash vs. Evil Dead

HOOQ up with Asia’s exclusive premiere of Ash vs. Evil Dead

SOC Staff, 6 years ago 3 min read 490
HOOQ, Asia’s biggest video-on-demand service, partners with Starz Entertainment this Halloween to bring you the extreme gore of the highly anticipated Ash vs. Evil Dead exclusively on HOOQ, ahead of the US, for the first time in Asia. 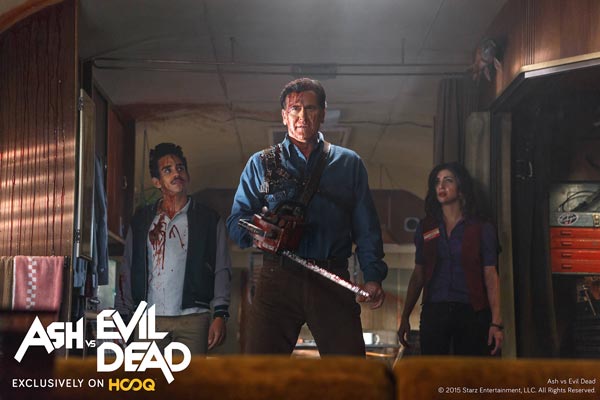 Ash vs. Evil Dead premieres worldwide on 31 Oct and HOOQ will be the first and only platform in Asia to offer the series on the same day as the US.  Get ready to indulge in more new and exciting TV series to be available on HOOQ’s diverse and expansive selection of over 30,000 hours of movies and TV series such as hot favorites and award-winning series Gotham, The Flash, Mad Men, Scandal, Rosemary’s Baby, Nashville and awesome action backed superhero blockbusters Thor and Captain America – The First Avenger.

“We are very excited to present this Halloween treat to all HOOQ subscribers with Ash vs. Evil Dead on the same day as the US telecast.  This modern reboot of the Evil Dead trilogy that defined the zombie genre is just the latest in showstoppers that we are bringing to Asia” said Peter Bithos, Chief Executive Officer of HOOQ.

From the creators of the iconic Evil Dead movie trilogy – director Sam Raimi and horror icon Bruce Campbell will come together again to bring back the beloved and celebrated world of Evil Dead for the original television series made for Starz. 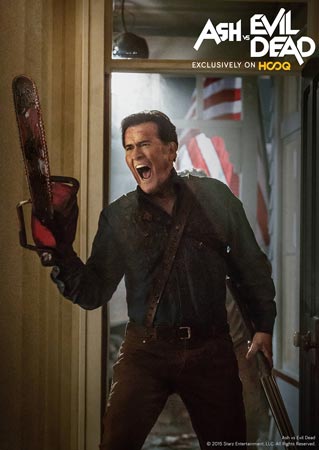 You can soon watch Ash vs. Evil Dead and all your favorites on your chosen Internet-enabled device.  Simply download the HOOQ app from the Apple Store or Google Play, sign up or log in, and your device is ready to access HOOQ’s library of Hollywood and Pinoy hits.  Viewing movies and TV series on HOOQ is made even better with Chromecast support, now available on the iOS and Android apps.

Don’t miss this Asia premiere and sign up for a 30-day free trial now on www.HOOQ.tv.  Payment methods to continue subscription after 30 days is made easy for Globe users by adding the low monthly fee of P149.00 to your mobile bill by texting HOOQ149 to 8888.  Tattoo Home Broadband users can also get HOOQ’d for free on plans P1,299 and up. Users can alternatively pay through credit card.

Download the HOOQ app now and catch the trailer of Ash vs. Evil Dead.  Or for more information on HOOQ, log on to www. http://www.hooq.tv/ph

HOOQ is Asia’s first premium video-on-demand service to launch across the region.  HOOQ is a start-up joint venture established in January 2015 by Singtel, Sony Pictures Television and Warner Bros.  HOOQ delivers over 30,000 hours of Hollywood blockbusters and popular local programs to customers anytime, anywhere by enabling them to stream and download their favorite shows on their Internet device or platform of choice.  HOOQ currently operates in the Philippines, Thailand and India with a population footprint of over 1.4 billion people. For more information, visit www.hooq.tv.

Your New Favorite Burger is at Wolfgang’s Steakhouse

CROXTEC launched in the Philippines: first-of-its-kind road safety app that helps keep you safe on the streets

Service Heroes Amid The Pandemic