The Avision 32-inch Frameless Smart Digital TV is only P6,999 at Shopee

Get More of What You Love With the New Starbucks Rewards

Home > Recent > Hearthstone Heats Up in the Year of the Phoenix 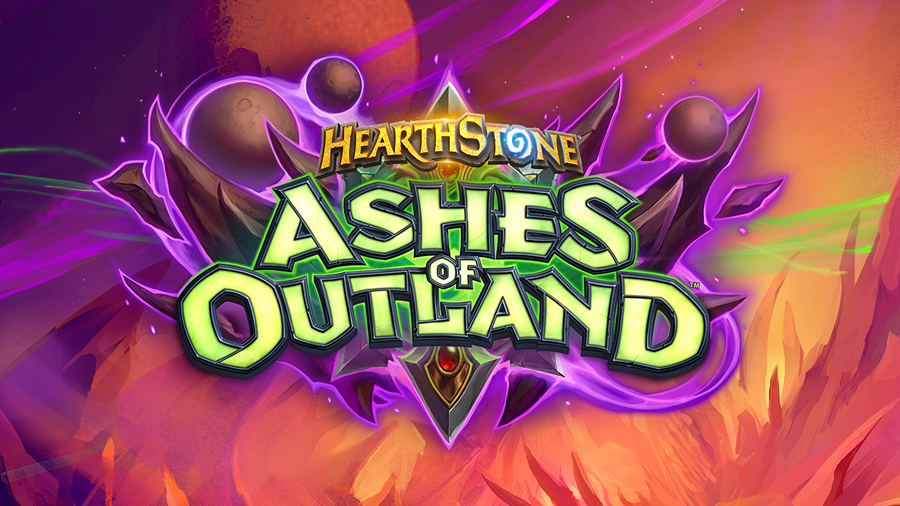 Hearthstone Heats Up in the Year of the Phoenix

The new Hearthstone year kicks off with the debut of the Demon Hunter, the first entirely new class added since the game’s launch

Available for pre-purchase now with special bonuses, the upcoming Ashes of Outland™ expansion explores one of Azeroth’s most storied locales and introduces 135 fel-infused new cards

The Year of the Phoenix will bring monumental changes to Hearthstone, including a thorough overhaul of ranked play, updates for Battlegrounds, and more

The Year of the Phoenix will rise in Hearthstone® on April 8 bringing monumental changes to Blizzard’s smash-hit digital card game. This fiery new era will commence with the introduction of the Demon Hunter, the first all-new class to be added to Hearthstone since the game’s launch. All players will get the Demon Hunter class and corresponding Illidan Stormrage Hero free, as well as 30 of the class’s specially tailored cards—and even be able to dive right into the action with a pre-built decklist using those cards. Coinciding with this grand debut is Ashes of Outland™, the first expansion in the Year of the Phoenix, which takes players beyond the Dark Portal and into the war-torn realm that was the setting for 2007’s World of Warcraft®: The Burning Crusade®. Additionally, Hearthstone will see a staggering array of features, updates, and in-game events—including substantial additions to the Battlegrounds game mode.

“We’re excited to kick off the Year of the Phoenix by introducing Hearthstone’s first all-new class together with the epic Ashes of Outland expansion,” said J. Allen Brack, president of Blizzard Entertainment. “The Demon Hunter is iconic to Warcraft®, and the class is a natural fit for Hearthstone. When you look at everything coming to the game in April, and everything we have planned for 2020—this is going to be the best year yet for Hearthstone players.”

The Demon Hunter and the new Demon Hunter class cards will enter Hearthstone on April 8 alongside the launch of Ashes of Outland, the first expansion of the year.

For more information on the Demon Hunter, visit www.playhearthstone.com.

Ashes of Outland takes Hearthstone beyond the Dark Portal into the shattered, war-torn realm that was the setting for 2007’s World of Warcraft: The Burning Crusade. Illidan Stormrage, the original Demon Hunter, has proclaimed himself Lord of Outland. Along with the Illidari—Illidan’s elite cabal of fellow Demon Hunters and their motley thralls and allies—he serves as the last bastion of hope against the dreaded Rusted Legion.

Visit www.playhearthstone.com for more details on Ashes of Outland.

Year of the Phoenix Updates

The Year of the Phoenix will be an explosive one for Hearthstone, with a vast roadmap of expansions, features, updates, and in-game events in the works. Here’s a peek at what players can expect: ⦁ Ranked Mode Overhaul—The ranked ladder is seeing substantial improvements in the new year, including reworked matchmaking and a fun progression system loaded with meaningful rewards.

⦁ New and Returning Player Experience—New players who ascend through the beginner ranks—as well as those returning to Hearthstone after an absence—will receive a free competitive deck of the class of their choice†. In addition, they’ll get to play some all-new single-player missions to get back into the swing of things.
⦁ Battlegrounds Updates—Hearthstone: Battlegrounds continues to evolve in the Year of the Phoenix, starting with the addition of Illidan to the roster, ahead of Ashes of Outland.
⦁ . . . And More! There’s plenty to look forward to in the Year of the Phoenix, including new card additions to the Hall of Fame, substantial updates to the Priest class as well as a nonstop barrage of new content, such as in-game events, free Solo Adventures, and much more!
For more information on everything coming to Hearthstone in the Year of the Phoenix, please visit https://blizzard.gamespress.com/Hearthstone.

Hearthstone will welcome its first new hero class, The Demon Hunter, in the Year of the Phoenix alongside with its next expansion, Ashes of Outland. With a focus on unbridled aggression, the Demon Hunter jumps straight into the fray, harnessing pure demonic fury and a host of wicked new mechanics.

In celebration of its upcoming arrival to the tavern, players from Southeast Asia region* will be eligible to participate in a regional specific campaign and receive at least three free Hearthstone packs!

Starting today until April 7th, players who complete the pre-registration through the official campaign website (https://goblizzard.tw/hearthstone/ashesofoutland) can claim free special goodies, which include card packs from Classic set or Year of the Dragon expansions.

Pledge your allegiance to Illidan alongside the Demon Hunters and claim your goodies now!

Statement From the Philippine eMoney Association

Shadow Art for your Chinese Zodiac

Lamudi To Seek Out “Brilliant Young Minds” for Internship Program

Fall into tempo with the Urbanears Fall/Winter 2015 collection

The Avision 32-inch Frameless Smart Digital TV is only P6,999 at Shopee

Get More of What You Love With the New Starbucks Rewards

LANY, Vivo Encourages Millennials to Ignite the Night in the “New Normal”