Home > Tech > Have you got what it takes to help NASA design a free-flying robot for the International Space Station? 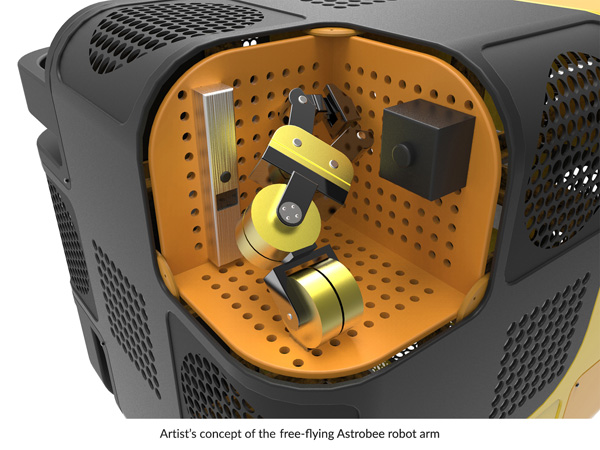 Have you got what it takes to help NASA design a free-flying robot for the International Space Station?


NASA’s Center of Excellence for Collaborative Innovation (CoECI), through the NASA Tournament Lab (NTL), partners with Freelancer.com to design concepts for a robotic arm for the Astrobee free-flying robot that will succeed the SPHERES robot on the International Space Station (ISS) by crowdsourcing parts from over 17 million freelancers from around the world. 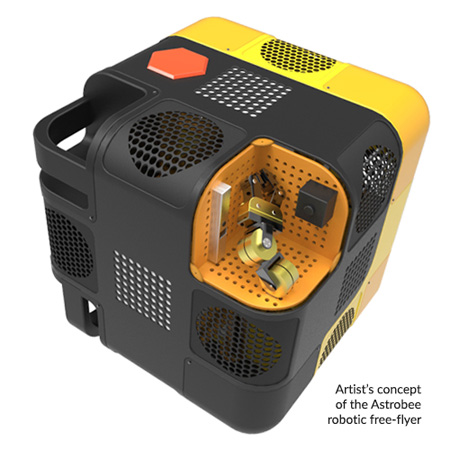 NASA is recruiting freelancers from Freelancer.com to design a concept for a robotic arm as part of a next generation free-flying robot that NASA is developing as a follow-on to the SPHERES autonomous free-flying robot on the ISS. The Astrobee free-flyer robot will have the capability to move around inside the space station on its own without interfacing or interfering with the space station. This type of robot is envisioned to perform a number of tasks that can be routine, repetitive, or simple but long-duration, such as surveys and inspections, serving as a mobile sensor platform, or even as a mobile camera to film activities or special events like astronauts speaking to school children. Astrobee will have many new capabilities, but one of the principal additions is a small, lightweight robotic arm, which will be used for perching and interacting with small objects. NASA is working on its own design but decided to also reach out to the crowd to come up with an alternative concept, which could provide complementary or enhanced capabilities.

The project will be rolled out in three phases over the next few months:

Freelancer.com’s CEO Matt Barrie says: “NASA and Freelancer.com achieved great success with crowdsourcing on Freelancer.com to build CAD models to help train the image recognition system of the Robonaut 2 robotic astronaut. We are now excited to be tapping into the collective ability of over 17 million freelancers to design a robotic arm that could possibly be used with the successor to the SPHERES robot on the International Space Station. It showcases the phenomenal breadth and depth of talent available worldwide on Freelancer.com.”

NASA’s Director of Advanced Exploration Systems and the lead for the NASA Center of Excellence for Collaborative Innovation, Jason Crusan says: “NASA has grown in the multiple ways we engage the crowd to provide solutions to challenges we face when advancing complex space systems. This challenge continues that expansion and will help to create novel designs but also allow us to learn about sophisticated system design through the use of open innovation. We continue to explore the many ways to engage external innovators.”

This ambitious new partnership builds on a previous collaboration, which also crowdsourced the design of a Smartwatch app, which might in the future be used by astronauts. Over a thousand UX, graphic, engineering and industrial designers from all over the world took part in those challenges and helped NASA push the boundaries of human imagination and innovation.

The latest contest can be viewed here.

Previous successful partnerships between NASA and Freelancer.com can be viewed here.

An overview of the NASA Tournament Lab can be viewed here.

Eight-time Webby award-winning Freelancer.com is the world’s largest freelancing and crowdsourcing marketplace by total number of users and projects posted. More than 17 million registered users have posted over 9 million projects and contests to date in over 850 areas as diverse as website development, logo design, marketing, copywriting, astrophysics, aerospace engineering and manufacturing. Freelancer owns Escrow.com, the leading provider of secure online payments and online transaction management for consumers and businesses on the Internet. Freelancer Limited is listed on the Australian Securities Exchange under the ticker ASX:FLN.

About NASA Center of Excellence for Collaborative Innovation (CoECI)

The challenge is managed by NASA’s Center of Excellence for Collaborative Innovation (CoECI). CoECI was established with support from the White House Office of Science and Technology Policy to assist NASA and other federal agencies in using new tools – such as challenges – to solve tough, mission-critical problems. The Center launches challenges under the umbrella of the NASA Tournament Lab and offers a variety of open innovation platforms that engage the crowdsourcing community in challenges to create the most innovative, efficient and optimal solutions for specific, real world challenges.