Globe Telecom is changing the game of broadband internet with the launch of its new home broadband plans which can now be customized and bundled with more digital entertainment content from its newest partners Netflix and popular singing app Smule. The broadband plans can also be availed with devices such as smart LED TVs, audio devices and even game consoles for a complete home entertainment experience. 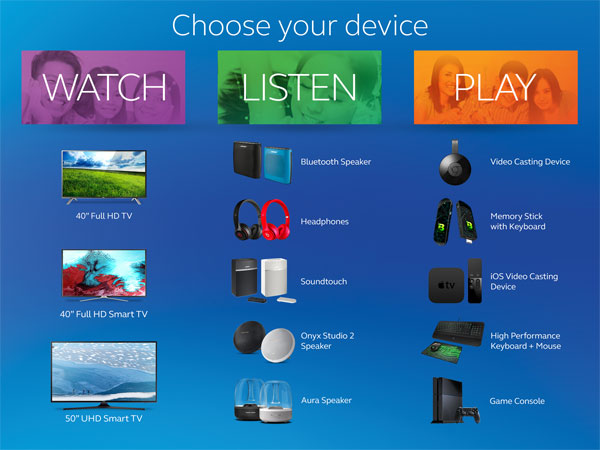 Martha Sazon, Globe Senior Vice President for Broadband Business, emphasized the need to transform the home digital lifestyle experience by letting families discover the wonders at home through exclusive digital content. “We don’t just sell plans anymore as we are setting the trend yet again in delivering a complete digital lifestyle experience at home where families can watch exclusive movies together, listen to millions of songs, and play games online,” Sazon said.

Completing the immersive entertainment experience are the line-up of the latest devices that can be bundled with the broadband plans for an additional fee. Globe has forged collaborations with leading device partners such as Samsung and TCL for smart HD TVs; Bose and Harman Kardon for speakers and headphones; Google Chromecast (streaming device) and Sony Playstation (gaming console); and Airties (WiFi mesh), Belkin and Giraffe (security cameras).

Sazon adds that the new broadband plans allow customers to mix and match plan features according to what they need, giving them more value for their money. “They can choose their internet speeds and data allowance that fit their needs alongside their choice of entertainment apps and content. Soon, customers will also be able to extend the fun with boosters that further improve the overall internet experience at home,” she revealed.

Netflix is the world’s leading video-on-demand provider and home to some of the best original series and extensive library of TV and movie titles, including original series, documentaries and feature films.  Popular singing app Sing! Karaoke by Smule brings the love of Pinoys for Karaoke with more than 500,000 songs to choose from. Family or friends can record a video duet with their favorite artists like Jessie J and Jason Derulo and share it to a global audience making it the ideal entertainment activity at home.

BENQ announces Zowie as the new brand for eSports

Where to buy Realme: Realme Philippines gears up for nationwide availability, expands to 1000+ stores this January