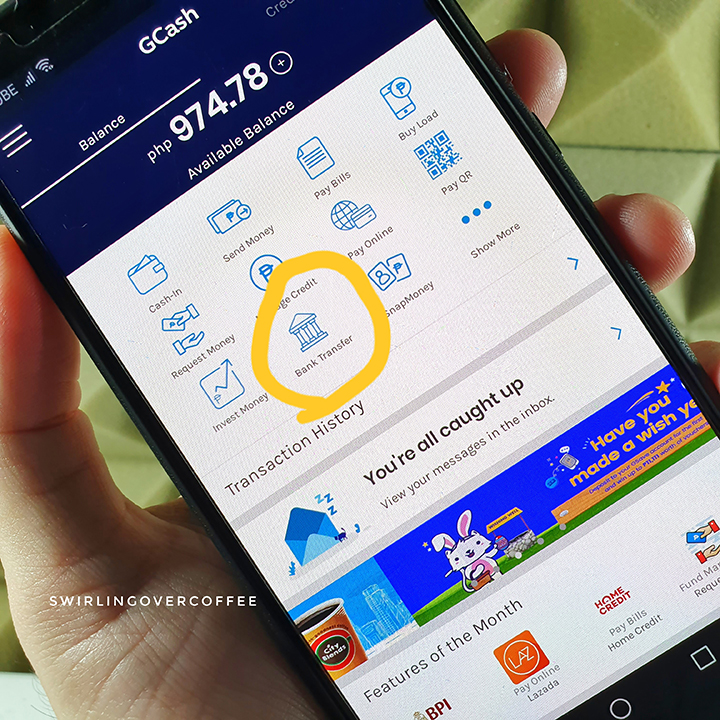 When 60-ish Mario re-discovered Netflix on his daughter’s iPhone, he was intrigued. Wrinkled, heavy-set, and with calloused hands used to hard work, the head of the Buenviaje household found watching on a smartphone (dwarfed by his hands) cumbersome. He had to squint even with his glasses on. His ears strained to hear the dialogue. Good luck to him, what with the grandkids shrieking and running around the house (his daughter Tricia was visiting, kids in tow).

Mario sighed and put the phone down. Rubbing his tired eyes, he blamed himself for turning down his son’s offer to buy him a mammoth 55-inch TV for his birthday. “I don’t want a giant TV screaming bad news all throughout the house,” he had said. The old TV in the sala and the even older TV in the kitchen are enough for that, he had thought.

“Captain America: The Winter Soldier,” whose cast included Robert Redford, still played on Tricia’s phone. He suspected that “Three Days of the Condor”, an old film he knew, heavily influenced Winter Soldier – it had the same tone and plot, and both films starred (you’ve guessed it) Robert Redford. Mario loved suspenseful “paranoia” thrillers, and that’s why he was already thinking of asking Tricia if Matt Damon’s Bourne movies were all on Netflix, too.

If you’re not watching, “Can I have my iPhone back, Dad?”

Mario grunted, and looked at his wife, who said, “My phone is no bigger than hers, and you refused Dan’s TV gift.”

While the elderly shouting continued, Tricia took her phone and quietly called Dan, whose should be in the airport right now, on his flight from Cebu back to Manila. The family was celebrating Father’s Day the next day.

“Oy, Sis. Teka, what are the parentals shouting? Hoy, whatever it is, it’s not my fault.”

“Haha! Never mind that. Wait. It kinda IS your fault.”

“Sabi ko nga, alam ko na. But we need to pool our resources together. Mom and I are covering restaurant reservation and stuff. For Dad’s Father’s Day thing. So maybe pitch in a little? And by little, I mean a lot?”

“Got it. I-transfer ko via GCash later. Boarding na flight ko in a bit. How much ba kailangan? Pero ikaw mag shopping ha, tomorrow pa balik ko. So glad we don’t need to go to a bank for this.”

“I’ll send you the link to the product website. The price you see there, dagdagan mo na lang.”

“What are we getting him ba?”

Dan ended the call and tugged at his backpack. He planned to sleep during the flight. Did his Dad finally cave in to peer pressure to switch to an iPhone? Dan’s phone buzzed and in a moment he was looking at the item on the Apple website Tricia would be buying tomorrow. It was neither an iPhone nor a Macbook.

On his plane seat next to the window, Dan launched the GCash app on his iPhone, tapped on Fund Transfer, chose Tricia’s bank, typed in the bank details and amount, tapped confirm, and waited for the confirmation message. He got it and started to rub his tired eyes. He was an engineer, like his Dad, and he liked the challenges (and changes he was implementing) at the construction firm he worked for.

“Sana i-gift wrap man lang ni Tricia yung regalo.” As his plane took off, he remembered how his Dad’s hands “talked”, enthusiastically, as the old man chatted on and on about the film they just saw together, “Winter Soldier.” Yeah, Dad. Robert Redford got old.

The next evening the extended Buenviaje family took over 12 seats at a restaurant of Mom’s picking – the list included the 2 grandkids plus relatives from both sides of the family.

“Ganto ha. I don’t want to watch movies on my laptop – that’s where I work,” Dad said to his brother across the table, who said Netflix was also available on Windows.

“Hay, Dios ko, that laptop should be retired, like you, Dad,” Dan said.

Mario, or Dad/Lolo/Tito Mar to his family, was retiring next month. He was an engineer and his construction firm could not have been in better hands – Dan’s.

During the banter over dinner, Tricia leaned close to Dan. “Thanks, for the Fund Transfer, Kuya. We’ll give Dad his gift in a bit, after his tall tales about his good old days and stuff.”

“Teka, so we got him an iPad Pro with Apple Pencil and Folio Keyboard. Buti pala hindi ko ginalaw ang funds for the 55-inch TV. Halos ganun din ang total.”

“Yup. Isama ko si Dad sa Netflix ko para nood-to-sawa sya sa bahay. After next month, he’ll have nothing to do at home but give Gardo a carwash, read newspapers, and frown at the news.”

“Ano pinag-bubulungan nyo dyan?” Dad said from behind the siblings. He had a sense of when his kids were scheming – they spoke in low voices with their heads bent down a little. So he had perfected the art of sneaking around them.

“We have a gift for you, Dad.” Both kids said in unison.

Tricia pulled the large ecobag from under the table and pulled out from inside it the biggest box there, the iPad. Hindi sya naka gift wrap.

Dan and Tricia nodded together, smiling.

As Mario started opening the box, Tricia raised her glass and everyone else did, too, as happy shrieks of “Happy Father’s Day!” filled the area surrounding the table for 12.

Best Valentine gifts for your co-workers

PayMaya wins Anvil Awards for driving ‘Cashless for All’