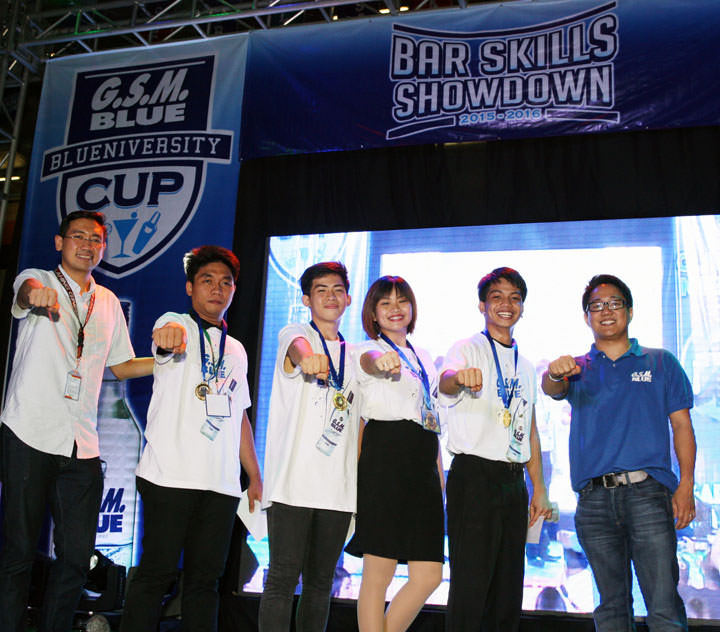 Now on its 9th year, the GSM Blueniversity Skills Showdown has become a highly anticipated event for all Hotel and Restaurant Management (HRM) students across the country. For its 2016 leg, students were treated with a whole day of topics on current trends in mixology, responsible drinking and service of alcohol. Winners for the bartending competition received cash prizes and the overall winner of the Flairtending category will be sent by the GSM to represent the Philippines in an international competition later this year.

For its 2016 leg, which took place last March 7 at the San Andres Complex in Malate, the Blueniversity Skills Showdown was hosted by Vince Uy, GSM Blueniversity’s Ambassador from 2011 and 2012.

From 7:00 am to 12:00 noon, the event focused on a mixology seminar, discussing (1) Basic cocktails, (2) Current trends and innovation in mixology, (3) Responsible drinking, (4) Responsible service of alcohol, (5) First aid and other bar-related injuries, and (6) Career talks.

Speakers included prominent figures in the HRM and mixology scenes, including Mr. Geronimo Ele, a Bar Management lecturer at the University of the Philippines, as well as the University of Sto. Tomas. Mr. Ele is also a co-founder of the Organization of the Bar Professionals (OBP) Flaming Olives Mobile bar. Other speakers included Mr. Jean Paul Ceron (manager of numerous bars around the country, including Club Chill Bar at Tomas Morato, the Polo Kai Grill in Taguig, Twisted Lemon Beverage Services, JMCafe and GSB Food Counter), and Mr. Brando Tanauan (one of the official trainers of the GSM Blueniversity Mixology Seminar , as well as the Grand Champion in the Ilocos Invitational Bartending Tournament and the 1st Runner-up in the Bottle for Supremacy All-Star competition in 2010).

In the afternoon, from 1:00 pm to 7:00 pm, the skills showdown and bartending competition took place. One representative from each participating school competed in the following categories: (1) Best trick, (2) Garnish making, (3) Sensory test, and (4) Flairtending.

For each category, 3 winners were chosen to receive a cash prize. The overall winner of the Flairtending category will be sent by the GSMI team to represent the Philippines in an international competition later this year. 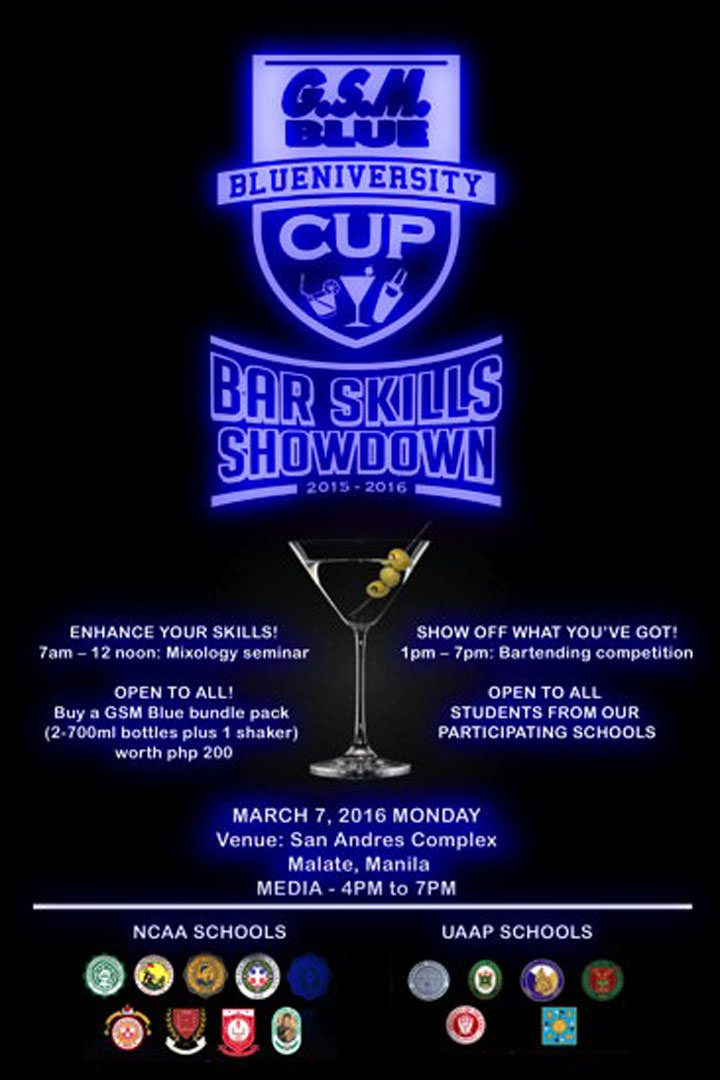 Judges for the event included the multi-awarded Derick de Borja (winner of Chefs on Parade, and the Creative Flairtending Competition), Mr. Jun Arabejo (champion of the PBL Flairtending showdown in 2002), Mr. Marlon Aseoche (grand champion for the Robinsons Wine and Liquor festival in 2012), and Mr. Benjie Lavarias (operational manager and owner of Bartenders at Work Mobile Bar and *G Tuazon Café).

The guest judge and technical head for the event was Mr. Erwyn Unigo, former head bartender at the EDSA Shangri-la hotel, founder and president of the Philippine Flair Bartending Alliance, owner of cocktail caterer, Blueshot Mobile Bar, and the first ever GSM Blue Flair Idol Grand Champion in the professional division.

Jam-packed with exciting activities, superstar guests, and jaw-dropping flairtending displays, the 2016 GSM Blueniversity Bar Skills Showdown is sure to be bigger and better than ever.

Shopee Breaks All Records With Over 80 Million Visits and 80 Million Items Sold for Its Shopee 12.12 Big Christmas Sale