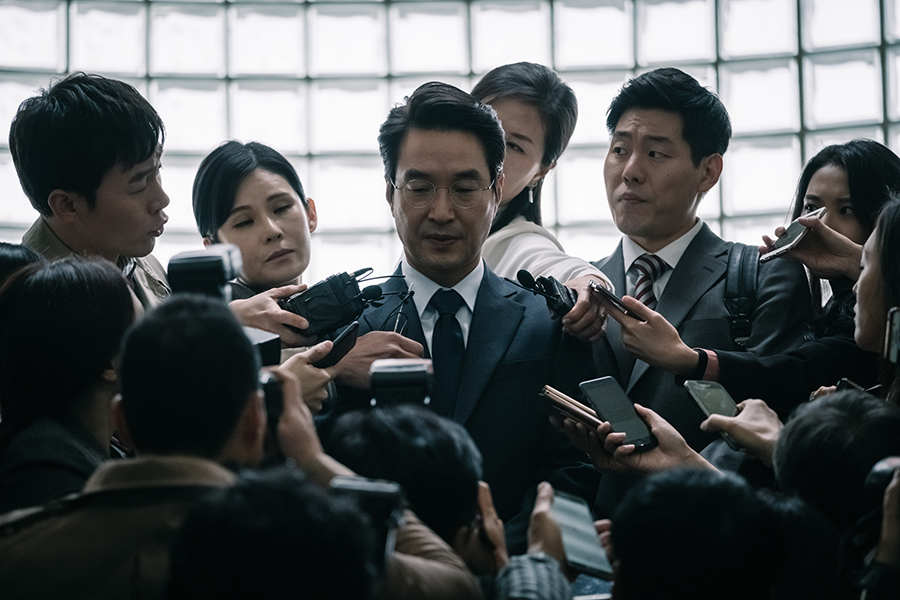 Premiering on the first day of February at 9pm on HBO GO and HBO is the Oscar®-winning movie, Green Book, which stars Mahershala Ali as a famous African-American pianist and Viggo Mortensen as his Caucasian driver who embark on a transformative journey throughout the concert tour. From one biographical film to another, Taron Egerton stars as Elton John in the Golden Globe®-winning musical film, Rocketman, which premieres on 8 February at 10pm. Revenge is best served cold as Liam Neeson stars as a family man turned vigilante who hunts down those who murdered his son in the action-thriller, Cold Pursuit premiering on 22 February at 9pm. Stream these movies on HBO GO or watch them on HBO, home to the biggest and latest Hollywood blockbusters and award-winning HBO Originals. Download the HBO GO app now at App Store or Play Store and get a 7-day free trial.

From super-villains to super-heroes, Warner TV has them all. Catch Suicide Squad, a team of antihero super-villains based on the DC comics when it premieres on 2 February at 9pm before watching the spin-off, Birds Of Prey (and the Fantabulous Emancipation of One Harley Quinn), on the silver screen. Super-heroes in the form of secret ninja warriors, led by a kung fu master, must defeat an evil warlord in The Lego Ninjago Movie which premieres on 29 February at 9pm on the No. 1 general entertainment channel.

Other new programmes in February include the South Korean blood-soaked neo-noir crime thriller movie, Idol, starring Kyung-Gu Sol and Suk-Kyu, which premieres on 21 February at 10pm on HBO GO and RED BY HBO; the six-part HBO Original documentary series McMILLION$ from executive producer Mark Wahlberg about the incredible true story of the $24 million McDonald’s Monopoly game fraud which debuts same time as the U.S. on 4 February at 11am exclusively on HBO GO and HBO SIGNATURE; and the action-packed CINEMAX drama series Strike Back which returns same time as the U.S. for its seventh and final season on 15 February at 11am exclusively on HBO GO and CINEMAX. The series follows the explosive escapades of Section 20, an elite, multinational, covert special ops team, as it spans the globe fighting a vast web of interconnected criminal and terrorist activity.

Faced with racism and danger, a famous African-American pianist and his Italian-American driver must rely on each other and “The Green Book” as they embark on a transformative concert tour journey from Manhattan to the Deep South. Stars Mahershala Ali, Viggo Mortensen, Linda Cardellini.

A team of Super Villains, the Suicide Squad, is secretly convened by a U.S. intelligence Officer and tasked with a mission to defeat an enigmatic insuperable entity. However, the team soon realises that they were chosen because they were simply expandable. Stars Will Smith, Jared Leto, Margot Robbie.

The six-part documentary series is the incredible true story of how $24 million-dollars was stolen from the McDonald’s Monopoly game of the 1990s, the mystery mastermind behind the scam and the intrepid FBI agents on his trail. Directed by James Lee Hernandez and Brian Lazarte and executive produced by Mark Wahlberg, Stephen Levinson and Archie Gips.

A tribute to Elton John and set to one of his most beloved songs; discover how a shy, small-town boy becomes one of the most iconic figures in Rock & Roll. Starring Taron Egerton, Jamie Bell and Richard Madden.

Follow the explosive escapades of the team from Section 20, an elite, multinational, covert special ops team, on one last mission to save the world from annihilation as they travel the globe fighting a vast web of interconnected criminal and terrorist activity. Stars Warren Brown, Daniel MacPherson, Alin Sumarwata, Jamie Bamber, Varada Sethu , and new cast members Alec Secăreanu and Ivana Miličević.

A bloody hit-and-run case pits two fathers against each other in this South Korean neo-noir crime thriller. Starring Kyung-Gu Sol and Suk-Kyu Han.

Led by a wise-cracking kung fu master, the secret ninja warriors must defeat an evil warlord in an epic showdown for NINJAGO City that will unleash their inner power. Featuring voices of Charlie Bean, Paul Fisher, Bob Logan.

Today’s 4G Problems Are Setting the Scene for 5G

Today is the Safer Internet Day: tips for safe and responsible use of online technology