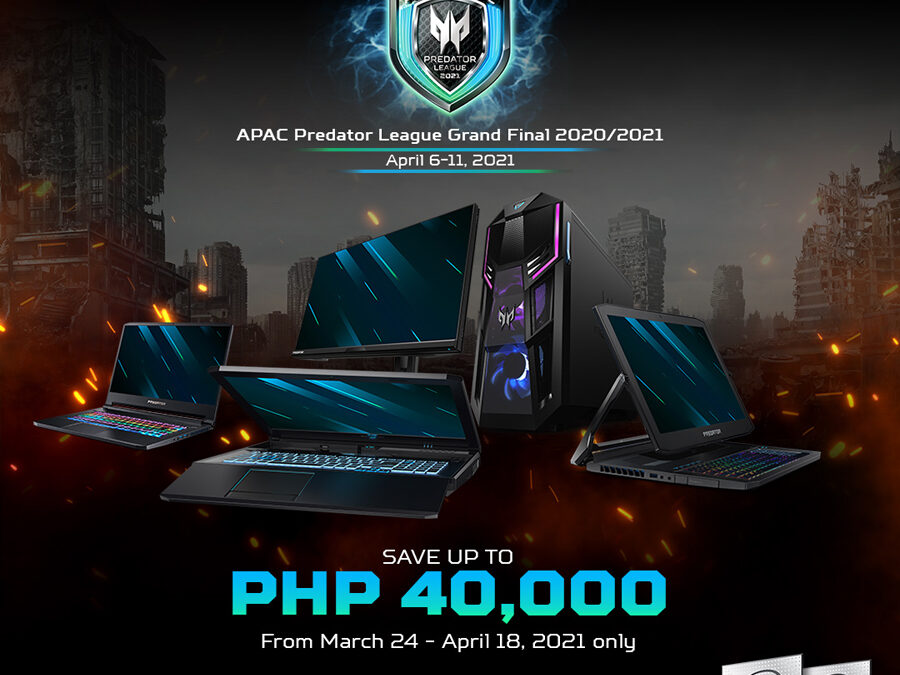 Heads up, gamers! While you watch your favorite teams battle it out at the Asia-Pacific Predator League 2020/21 Grand Final, don’t miss your chance of bagging exclusive discounts and promos for up to Php40,000 off on Predator laptops, monitors, and desktops.

“We know how long the fans and gamers waited for the Asia-Pacific Predator League 2020/21 Grand Final, that’s why we want to give back all the support we received from them. Now that the tournament is finally pushing through, we are giving away exclusive discounts and promos on select Predator laptops, desktops, and monitors from March 24 to April 18, 2021.” said Acer Philippines General Manager Sue Ong-Lim.

Whether you are planning to start building your own gaming setup or you are just waiting for the perfect time to upgrade your old one, Predator got you covered. Here are the units which will be discounted until April 18, 2021: