Good news to those who missed out on Brother Philippines’ trade-in roadshows last February. The leader in home and business IT peripherals has kicked off another round of its Trade-In Madness roadshows on March 7 to April 1, 2015 in 12 malls nationwide.

Trade-in those old, working, and non-working printers, scanners, copiers and fax machines of any brand for selected models of new Brother printers at up to 50% off.

“We’re giving what our customers have requested us. It’s a one-of-a-kind deal and we are more than happy to oblige to the demand of our customers to replace their units with brand new Brother printers,” said Brother Philippines president Glenn Hocson.

Customers who are interested may bring in their old machines, accomplish the Trade-In Acknowledgement Form, and present the form to the Brother Authorized Dealer to avail the promo. Participants can trade in a maximum of three units during the promo period.

Watch out for the Brother Philippines Trade-In Madness roadshow at: 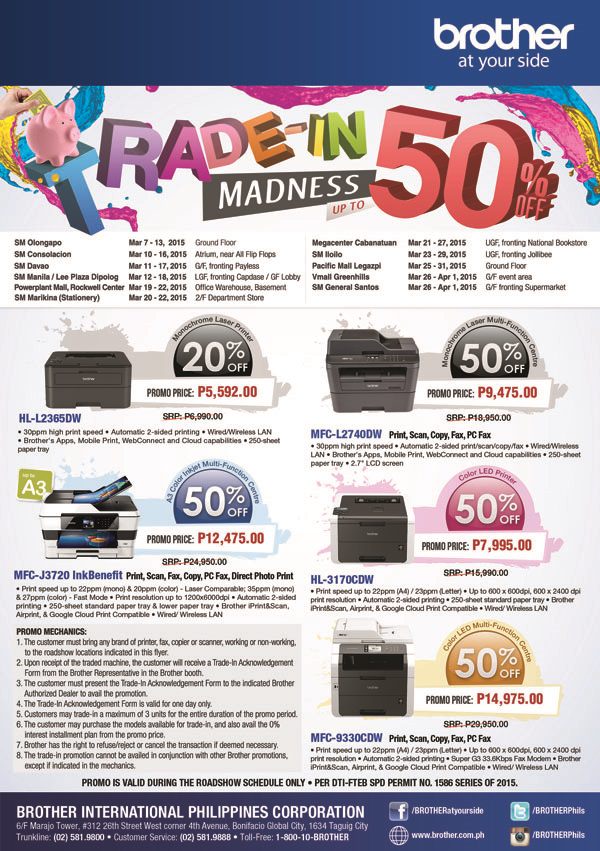