On Wednesday evening, 20 April 2016, we hosted a wonderful evening of celebration for our British School Manila sporting representatives. Over 57% of our Senior Students represented the school in sport this year, another fantastic year. 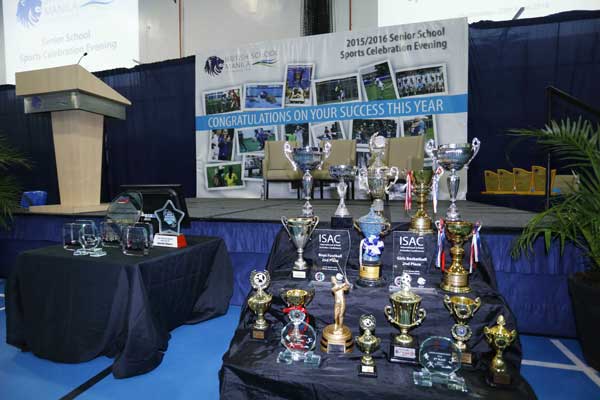 There were also four teams and two individuals recognised for their outstanding achievements at BSM.

The student’s choice for Sports Personality of the Year Award saw four students take home the award in the Year 7-9 category and Year 10-13 category.

Thank you to our guest speaker, Jake Letts, captain of the Philippine Rugby team for giving up his time to present our awards and speak.  Jake shared with us the highlights of his career, how he made tough decisions through his life and the importance of balancing sport and academic work. He spoke passionately about how sport complimented his academic achievements through his time at university as he earned a BSc and a Masters Degree. 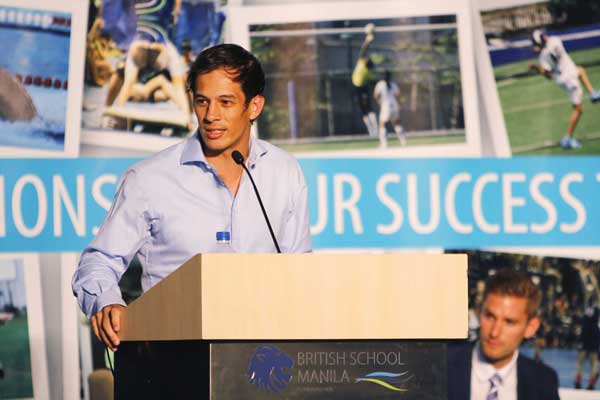 Take note those of you sitting exams over the next few months – keep physically active, it will only help!

Once again, congratulations to all the participants who played for our school over the last year.  Keep up the good work!

About The British School Manila

­­The British School Manila (BSM) is a highly regarded co-educational British international school established in 1976. The School is proud to uphold the high standard of the British education system and we take full advantage of our multi-cultural setting. We are accredited by the Council of International Schools (CIS) and also a member of The Federation of British International Schools in Southeast Asia and East Asia (FOBISSEA) and The Independent Association of Prep School (IAPS).

At present 900+ students aged 3-18 are on BSM’s roll and 35 nationalities are represented. British children make up 33%, Filipino 22%, Canada 9% ,Australians 8% and American 6% of the total population.

Wanderlust: Set Off a Career into New Adventures