Bear Grylls stars in a new adrenaline-fuelled series in which the adventurer takes eight celebrities into the depths of one of the most unforgiving Central American rainforests, where they will be compete in an epic 12‐day survival mission. Bear Grylls: Mission Survive premieres on RTL CBS Extreme HD on 20 February and airs Saturdays and Sundays at 8:40pm (7:40pm JKT/BKK). 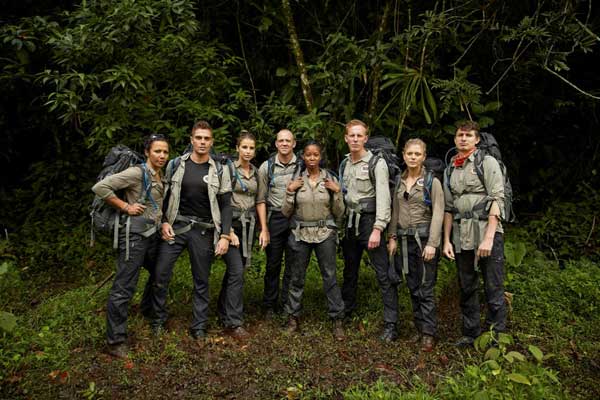 In Bear Grylls: Mission Survive the celebrity expedition team will be pushed to their physical and emotional limits. Issued daily mission briefings by Bear, they will have to navigate treacherous obstacles and journey through dangerous dense jungles, testing their ability to adapt, improvise and overcome in one of the world’s most hostile environments. Joining Bear are actors Emilia Fox and Laurence Fox, singer and actor Max George, double Olympic champion Dame Kelly Holmes, TV presenter and singer Jamelia, comedy actor Tom Rosenthal; DJ, model and presenter Vogue Williams and former England International rugby player Mike Tindall. Testing the celebrities at every turn on the fundamental principles of survival: shelter, water, fire and food, the celebrities have to abseil down ferocious waterfalls, cross perilous rapids, trudge through swamps and negotiate razor-sharp vines, not to mention contending with scorpions, snakes and sand flies.

The winner will have to show a resilience and ability to endure hardships unlike anything they’ve experienced before. At the end of every episode Bear will eliminate one person. And at the end of the series, there will be three finalists and ultimately just one Mission Survivor.

The destination for extreme and action-packed content with a thrilling combination of popular series The Player, Kingdom, Hawaii Five-0 and NCIS: Los Angeles; adrenaline-pumping stunts on The XtremeCollXtion and Cliptomaniacs; mind-boggling illusions on Criss Angel: BeLIEve, Dynamo: Magician Impossible, Cosentino and Close Up Kings; and adventure-reality series Bear Grylls: Mission Survive and Speed with Guy Martin.

Waze Activates its Community and Partners for COVID-19 Relief