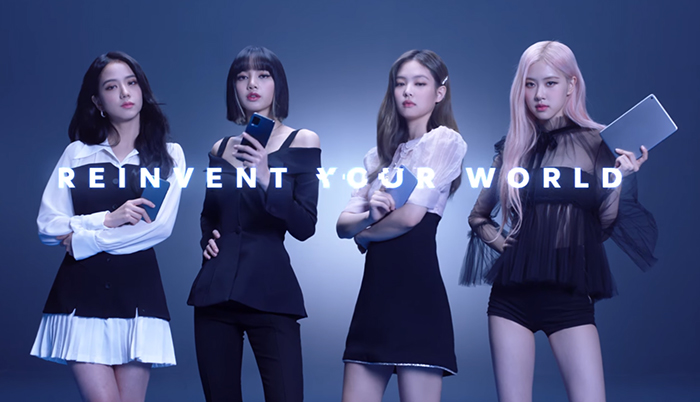 Globe Telecom’s partnership with global K-Pop group BLACKPINK grows to a crescendo this month with the groups’ first-ever globally livestreamed concert on January 31. Globe’s mission to bring to its customers world-class connectivity and global entertainment aligns with the message of self-reinvention: despite these trying times, digital technology is the pathway for powerful self-expression, resiliency, and connectedness.

After Globe announced BLACKPINK as its official brand ambassador last December, excitement rippled through the group’s millions of fans in the country – BLACKPINK is the most followed K-Pop ground on YouTube – and this team up allows Globe to reach out to more customers.

During “The Opening Act,” an event that pays homage to the intensely popular K-Pop group, Globe gave away 1,000 The Show ticket to BLACKPINK fans. Globe aimed to “reinvent the world” of Filipino BLINKS (fans of the K-Pop group) through a series of skylight display using drones on January 22 at the Bonifacio Global City. The tickets give away was Globe’s gesture of appreciation for those who waited two hours during the drone show, which was the kick-off event to YG PALM STAGE – 2021 BLACKPINK: THE SHOW which happens on January 31. Even though The Opening Act was rescheduled to a later date, due to technical difficulties, Globe gave away 1,000 tickets to those who diligently waited.

On social media, BLACKPINK fans went wild over the free tickets. “I love this partnership between Globe and Blackpink,” one fan said, “because it clearly shows how Globe loves and adores the pinks and blinks! We really are the most spoiled fandom here!”

Another fan echoed the sentiment: “This collaboration with Globe and BLACKPINK makes us feel close to them! I love seeing them and makes us Blinks happy.”

Globe’s Reinvent Your World Campaign with BLACKPINK is encouraging not just BLINKS but more people to enjoy reinventing themselves for the new year, to stay resilient, be expressive, and to seek and share exciting experiences.

YG PALM STAGE – 2021 BLACKPINK: THE SHOW is the global K-Pop group’s first-ever and this year’s biggest online concert hitting YouTube this Sunday, January 31, 2021 at 2pm (KST). Here’s how you can take part in this reinvented concert experience and get membership access: follow Globe’s official Facebook page or the Kmmunity PH page on Facebook, or you can visit BLACKPINK’s official YouTube channel. The guide video below is a must-watch.

Smart Padala gives back to hardworking Pinoys with Padalang Padalow

From Business Continuity to Resilience amid COVID-19