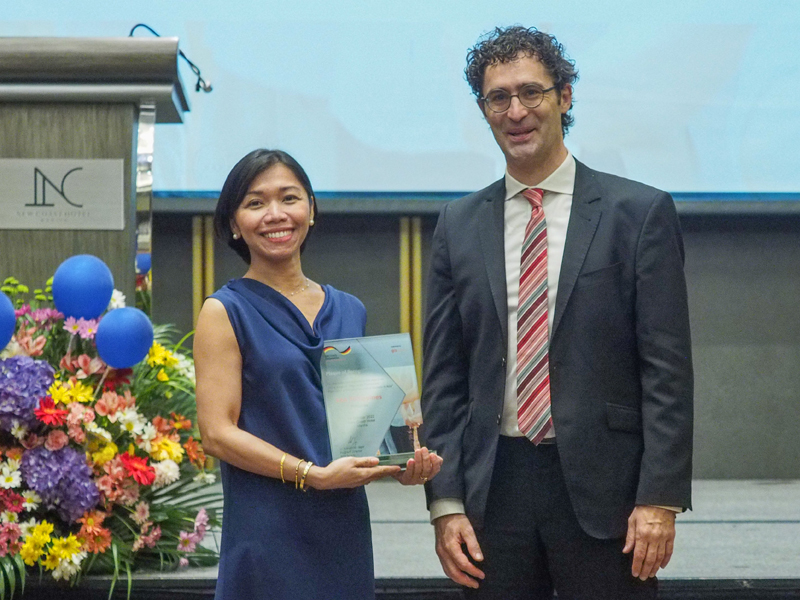 Through GIZ RFPI, AXA was lauded for its development of MicroBiz Protek Jr., a property microinsurance product designed for Micro, Small, and Medium Enterprises (MSMEs) in partnership with Cebuana Lhuillier. It insures microenterprises against calamities and provides coverage for burglary and robbery. The product also offers emergency assistance available in the Emma by AXA PH mobile app, which gives users free access to services such as ambulance, roadside, fire, and police assistance, while policyholders can pay their premiums through the app, among other things.

GIZ also praised AXA Philippines for its support of Mutual Exchange Forum on Inclusive Insurance (MEFIN) activities such as regional Public-Private Dialogues during the awards program.

GIZ RFPI is a regional project that has been implemented in seven countries starting in 2013. It aims to develop direct climate risk insurance approaches for the poorest, poor, at-risk population and MSMEs in the partner countries including Indonesia, Vietnam and Philippines at the political-strategic level.

The awardees were selected based on their contributions on regulatory framework improvements, business model development, capacity building, knowledge exchange, and in the strengthening of the MEFIN initiatives.

“Every Filipino entrepreneur deserves to be protected while taking care of their business,” said Gael Lapie, CEO In-Charge and Chief Financial Officer of AXA Philippines. “This recognition reaffirms our commitment to making insurance and protection accessible for all, including the MSME owners.” For more information about AXA Philippines, visit https://www.axa.com.ph/.

ROIDMI Cordless Vacuum Cleaners can help your homes clean and fresh during the summer!