No Cash? No Problem! Shopee Lets You Pay for Your COD Purchases via ShopeePay

Home > Recent > APAC Executives Become Significantly More Optimistic About Consumer Confidence Since May, According to the Latest Global Business Barometer by the Economist Intelligence Unit 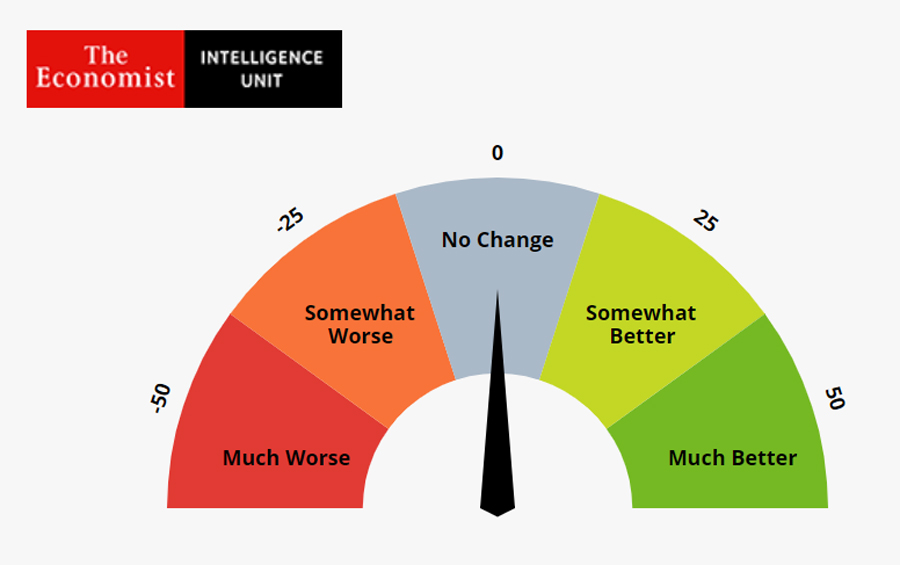 APAC Executives Become Significantly More Optimistic About Consumer Confidence Since May, According to the Latest Global Business Barometer by the Economist Intelligence Unit

Economic recoveries from crises such as the covid-19 pandemic come in many shapes. The hope everywhere is always that they will be V-shaped, but U shapes are the next best thing. A volatile W and the dreaded L are worst-case scenarios. The latest Global Business Barometer, based on a survey and analysis conducted by The Economist Intelligence Unit and supported by SAS, shows that as of late June the possibility of U-shaped recovery remains possible.

Ticking closer to positive: The overall barometer reading for the global economy reached -16.8, the closest it has been to positive territory yet. Respondents in Latin America and Asia Pacific led the way, with +18.5 and +4.0 point improvements respectively. Sentiment about the global and regional economies in North America barely budged from the previous barometer, rising by +1.5 and +0.2 points, making it the most pessimistic on both accounts.

China, the first economy to turn positive: The three-month outlook for the Chinese economy among China-based executives tipped into “somewhat better” in June, though only just, at +2.0. This still makes it the first economy to do so since the GBB began in April. The change in sentiment is in stark contrast to the previous GBB when the outlook soured by -21.9, by far the most among the twelve main economies surveyed.

The road, less travelled: Only 8.1% of respondents in the June GBB survey “strongly agree” that their country is ready to open and only 6.7% “strongly agree” that their company is ready to return to operating as it had done before the pandemic. Those figures are chilling whether you read them as recognition of the scale and scope of the problem or an indictment of global or country-level responses to covid-19 (or some combination of the two). Before barometer scores can improve, more leaders and policymakers around the world will need to demonstrate to everyone that they can be more effective in containing the virus.