A cute case can easily brighten up your mood and elevate your style. Take it from actress and social media star Sofia Andres who just adores her collection of ‘functionable’ (read: functional + fashionable) iPhone cases from Los Angeles-based brand Sonix.

If you’re following her Instagram feed, you’ll see that among Sofia’s favorites is the limited edition Anahaw case, a design collaboration between Sonix and Power Mac Center. Here are reasons why you’ll love it too:

It was designed with a national symbol in mind.

The Anahaw is a tropical palm widely regarded as the Philippine national leaf. Often planted for ornamental purposes, it is also made into fans, hats, and umbrellas, exemplifying the resourcefulness and creativity of Filipinos. Its symbol is used in awards and medals to signify high achievement, strength, and loyalty. Independence Day feels, that is.

It’s both functional and stylish.

The Sonix Anahaw case features a transparent back, perfect for showing off your iPhone’s sleek design. It has an impact-resistant bumper and raised rubber edges that protect against dings and scratches, yet remains slim and lightweight. It also allows access to all ports with easy press button coverage.

In a sea of florals and loud patterns, it’s refreshing to see minimalist designs that do stand out from the crowd. The Sonix Anahaw case complements any #OOTD while giving your phone personality.

It’s from a global brand trusted by ‘It’ girls.

Any celebs spotted with their Sonix cases, you ask? Check out Gigi Hadid and Kylie Jenner rocking their favorite style.

Power Mac Center holds the exclusive rights for the sale and distribution of the Sonix Anahaw case. It’s available for the iPhone 6/6s and iPhone 6 plus/6s plus and retails at P1, 800 in Power Mac Center stores nationwide. Need we say more? Get it before it’s gone! 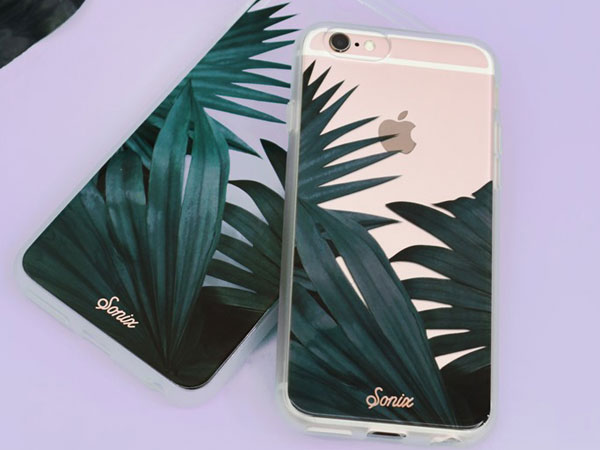 Sonix is an LA-based global brand specializing in distinctively cool fashion accessories for the style conscious girl. It has been around since 2010, creating products that are statement pieces in themselves but are made to withstand daily wear and tear. Sonix products made an appearance at the recently concluded 20th Philippine Fashion Week. Sonix has an exclusive partnership with Power Mac Center for its Filipino customers. More information may be obtained from Power Mac Center’s 26 branches or at www.powermaccenter.com.