MANILA, PHILIPPINES, 17 MAY 2015 – Music fans flocked to the event grounds of the historic Quirino Grandstand, Rizal Park at the inaugural MTV Music Evolution 2015 on Sunday, 17 May as a stellar line-up of international and local acts took to the stage in celebration of iconic and contemporary hip-hop music. Through explosive performances by Naughty by Nature, YG, Apl.de.ap, DJ Cash Money, and the Philippines’ own Gloc-9 and Abra, MTV Music Evolution 2015 showcased the way that hip hop has shaken up the music scene throughout the years – taking the music genre to whole new levels for a live audience of over 22,000 fans.

The show was hosted by an energetic mix of both MTV Asia VJs Alan Wong and Hanli Hoefer as well as MTV Pinoy VJs Yassi Pressman and Chris Schneider and opened with one of the Philippines’ most iconic rappers, Gloc-9, who took the crowd through an intense 5-song set against the backdrop of a neon-lit skyline drawn against the stage. He kicked the show off with his hits Upuan and Sumayaw Ka. The crowd especially came alive when he went into the fan favorite Sirena – followed by an inspiring tribute to the country’s late “Master Rapper”, Francis M. The tribute was done through the song Stars and Sun, and Gloc-9’s moving rendition of Francis M.’s very own Kaleidescope World, where fans raised their glow sticks in union to create a sea of light that surrounded the stage.

This breath-taking performance was followed by the Philippines’ hottest hip hop act, Abra, who took the stage with Loonie and Ron Henley. Abra and his crew, Lyrically Deranged Poets, brought the intensity up with immense energy levels and jaw-dropping wordplay all throughout a medley of 6 songs. Abra’s set took off with the Poor Country and AP3, and was on fire with his performance of Cerberus, which was aptly accompanied by a pyrotechnic display and a giant fireball at the end.

Filipino pride Apl.de.ap put on the kind of performance that proved that he was truly home. Opening his set with a mash-up of Here We Go and Philippine favorite Bebot, Apl.de.ap showed a perfect balance between his Grammy-award winning Black Eyed Peas flavour and his homegrown character. He then led the audience through wholehearted performances of The Apl Song and together with Jessica Reynoso, they performed Be; and got the crowd jumping upon the start of I Gotta Feeling. The set then wrapped up on an epic note with Abra and Loonie heading back on stage to perform the world-famous Where is the Love? along with Apl.de.apand Jessica Reynoso.

DJ Cash Money then took the stage in a lit-up geometric DJ booth that illuminated the center of the stage. He brought some of his new school flavor and fused old school tunes into the mix, getting the crowd moving in unison amidst a spectacular array of lasers. He put forth an obvious love for the genre of hip hop with a fantastic combination of iconic hip hop tunes and gave the crowd a full-blown taste of where the genre came from as well as a look into where it is headed.

Next up was Billboard Hot 100 hip hop Artist, YG, who took the edge of the West Coast with him to Manila and to the stage of MTV Music Evolution. YG opened up his set along with DJ Goofy 500 and Slim 400, who performed BPT along with him. The trio then went into an energetic 15-song medley that included YG’s popular hits My Hitta, Don’t Tell Em, Who Do U Love, and I Just Wanna Party.

Wrapping up MTV Music Evolution 2015 was the iconic Grammy-award winning act Naughty by Nature who took Manila through a hip hop time warp via their famous and timeless songs like O.P.P., Hip Hop Hooray, Uptown, Craziest, and Feel Me Flow—old school hip hop hits that hyped up a crowd of all ages. Showing some Filipino love, the hip hop icons appeared on stage wearing custom-made shirts bearing the words ‘Filipino by Nature’. The group who performed for the first time ever in the country, also made sure to deliver more than a fair share of timeless slogans, giving a toast to Tupac Shakur to further emphasize how hip hop carries on all throughout generations. The Philippine crowd was more than pleased with the group even expressing their support for Philippine boxer Manny Pacquiao and took things leaps and bounds further by showing their respect for the Filipino brand of hip hop by giving the crowd a snippet of their rendition of Francis M.’s Kaleidescope World.

MTV Music Evolution 2015 wrapped up with all iconic and current hip hop artists taking the stage to the background of a breath-taking explosion of confetti, with Naughty by Nature proclaiming alongside their fellow hip hop artists, “This is history in the making!”

The free entry show is recorded live for global telecast under the MTV World Stage global series to an international audience of more than three-quarters of a billion households in over 160 countries. The show premieres on-air on Saturday, 30 May at 7.00pm in the Philippines.

MTV Music Evolution is a live music event that brings to life the evolution of a music genre and enables young people to experience and discover how music styles and sounds have evolved over the years. MTV Music Evolution marks its inauguration 2015 edition with a feature on hip hop, showcasing iconic and contemporary hip hop acts from both international and local music scenes on a single stage, while featuring the best of Philippine music and culture to international youth audiences.

MTV is the world’s premier youth entertainment brand. With a global reach of more than a half-billion households, MTV is the cultural home of the millennial generation, music fans and artists, and a pioneer in creating innovative programming for young people. MTV reflects and creates pop culture with its award-winning content built around compelling storytelling, music discovery and activism across TV, online and mobile. Outside of the United States, MTV is part of Viacom International Media Networks, a division of Viacom Inc. (NYSE: VIA, VIA.B), one of the world’s leading creators of programming and content across all media platforms. For more information about MTV in Asia, visit www.mtvasia.com.

About The Philippine Department of Tourism

The Philippine Department of Tourism (PDOT) is the lead government agency in charge of developing the country’s tourism industry as a major socio-economic activity that generates employment, income, and investment for the benefit of the Filipino people. The agency is committed to adhere to the national development goals through the formulation of policies and implementation of plans and programs that intend to accelerate sustainable development, in addition to positioning the Philippines as a premiere and globally competitive tourist destination for both domestic and foreign tourists. For more information about The Philippine Department of Tourism, visit www.itsmorefuninthephilippines.com

About Tourism Promotions Board Philippines

The Tourism Promotions Board Philippines (TPB PHL) is a corporate body attached to the Philippine Department of Tourism. It is tasked to formulate and implement an integrated domestic and international promotions and marketing program for Philippine tourism.  It is responsible for marketing and promoting the Philippines domestically and internationally as a major global tourism destination. Specifically, it shall market the Philippines as a major convention destination in Asia, taking charge of attracting, promoting, facilitating, and servicing large-scale events, international fairs and conventions, sports competitions, expositions and the like. For more information about the Tourism Promotions Board Philippines, visit www.tpb.gov.ph

NESTLÉ® DRUMSTICK® is an ice cream cone of fun that offers cool bursts of extraordinary excitement in every bite!

From your first bite of its toppings made with premium almond nuts. To the layers and layers of exciting ingredients joined in superb ice cream cone fusion. And the surprising bursts of caramel ripple down to the chunky choco nugget tip! All of these are wrapped in an incredibly crunchy wafer cone. There are 3 premium flavors to choose from!

Have a break, have a KIT KAT®. Visit us at www.kitkat.ph

The National Parks Development Committee (NPDC) is tasked to develop, administer, and manage the Asia’s 8th best and Philippines’ people’s park, the Rizal Park, in Ermita, Manila, and the historic Paco Park in San Marcelino, Manila. The agency offers venues and facilities for local and international events, and various forms of entertainment such as Concert at the Park (Sunday), Labs Kita Sabado (Saturday), Weeknights@6 (Friday), Cinema in the Open-Air, and Paco Park Presents (Friday). For more information about the National Parks Development Committee, visit the website www.npdc.ph and the official Facebook page www.facebook.com/NPDC.PH.

Montessori de San Juan now offers Engineering for Kids classes, where kids can learn science by doing and not by theory 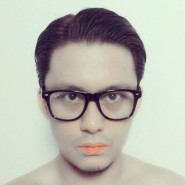 Eiman Catacutan is a minion of darkness. His shirts are black, so are his jeans and bedroom curtains. Even his hair. And eyes. All right: he works for a bank, training the next generation of front liners armed with a headset and their wits.

Get the right Pokémon GO gear to catch them all!

The Galaxy E Series: A top-notch Large Screen Experience From a Mid-Range Phone

High Performance Scanning at the Palm of your Hand