Home > archive > Wally+ for Android: Now Open to Everyone
archive

MANILA, PHILIPPINES — Wally, the world’s leading lifestyle app for insights into how your money behaves today announced the public release of Wally+ for Android. Over 5000 people from the global community helped by beta testing Wally+ to obtain early access.

Wally first launched in 2013 on the iPhone where it maintained a global average 4.7 out of 5 stars on the Apple App Store, reached the #1 finance app in 22 countries, and reached the top 10 in 52 countries (with India, China and the US as the top 3 markets). Wally users have lauded the app for its “ease of use”, “beautiful and intuitive design”, and being “fun, simple and convenient” and real-time insights into their financial life. 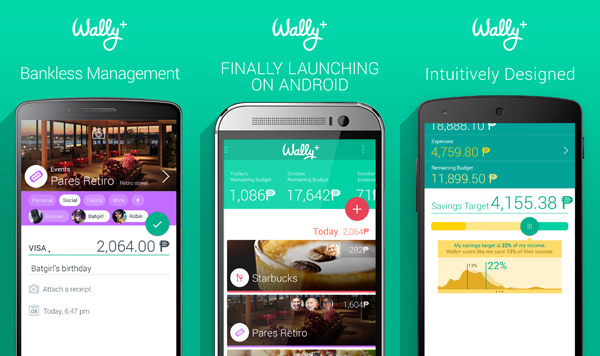 The team behind Wally is launching the completely redesigned Wally+, exclusively for Android users. Wally+ introduces several powerful new features to allow users to take control of their money including:

Regarding the decision to release Wally+ on Android first, CEO Saeid Hejazi remarks: “We are really excited about Android and decided to start afresh taking into consideration the feedback from our iOS users. We’ve made Wally+ more powerful, more beautiful while keeping the same intuitive interface. After getting requests from around the world, we decided to build across 18 languages.”

Wally+ for Android is available free of charge to the public via the Android app stores now, just in time to take control of your holiday spending.

Wally is the world’s leading lifestyle app for insights into how your money behaves. Wally has been lauded by users and critics alike for using machine learning to adapt to user behavior, giving them real-time insights into their spending patterns, and using a design driven approach.

The team behind Wally is launching the completely redesigned Wally+, exclusively for Android users. Built by millennials to address the issues facing their generation, Wally+ gives people around the world unprecedented perspective into their finances. It centralizes users’ financial lives, allowing them to manage multiple accounts, tag friends in expenses, and understand how they stand financially compared to similar people.

Wally+ is available on Android in 18 languages, just time to get in control of your holiday expenses.

Introducing Poundit: A New Online Gadget Store in the Philippines