December 15th, 2014, Manila, Philippines – BIOSTAR has released the latest mainboard based on the exclusive A70M chipset from AMD, the A70MGP. The A70M is a value line chipset that supports FM2+ APUs, USB 3.0 and SATA3 and the BIOSTAR boards based on that chipset offer a better value versus price performance ratio compared to boards based on the A68H or A58 chipsets.

Although AMD has just recently launched the A68H chipset, which supports FM2+ APUs, because these new (exclusive to BIOSTAR) A70M boards support USD 3.0 and SATA3, they offer an upgrade level that is higher than the current entry level A58 chipset boards.

Now BIOSTAR is exclusively offering A70M chipset motherboards that come with the same features as the A68H based boards but with lower pricing. The A70MGP is based on the AMD FM2+ socket design that will support AMD Multi-Core (x4, x2) socket FM2+/FM2 processors AMD A-series/ E2-series processors all in a micro ATX form factor. 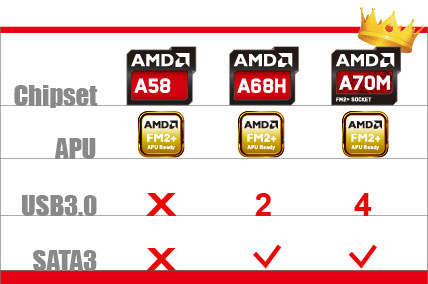 Using the AMD A70M Chipset, the A70MGP gives you the options for small builds using the MicroATX form factor. It has 2 DIMM slots supporting up to 32Gb of DDR3 ram and uses the newest SATA 6Gb/s bus which is twice the speed of current SATA 3G connections with 4 SATA connectors along with USB 3.0. There is also support for AMD Dual Graphics Technology, as well as support for full HDMI 3D 1080p.

Xiaomi products to be available at over 200 retail stores nationwide

Real Green Tea is now in the Philippines