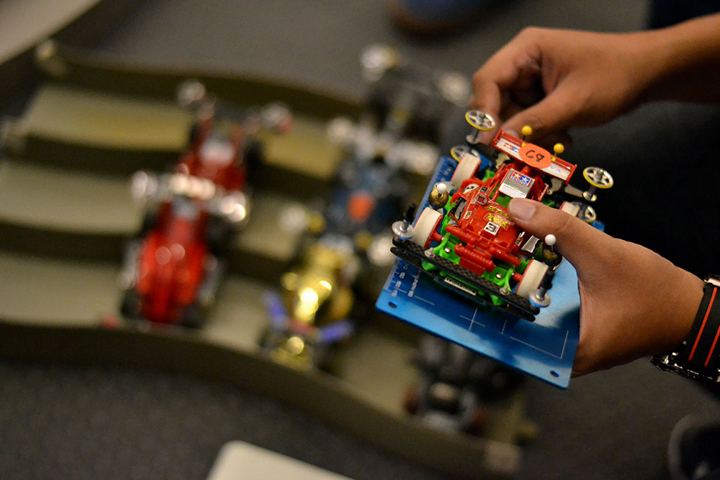 Tamiya Mini4WD cars are currently re-emerging as one of the hottest hobbies for all ages. While hardcore fans who have been keeping the hobby alive since the early 2000s held races in smaller venues, the recent Mini4WD renaissance brought with it the presence of races in more popular places in the Metro. 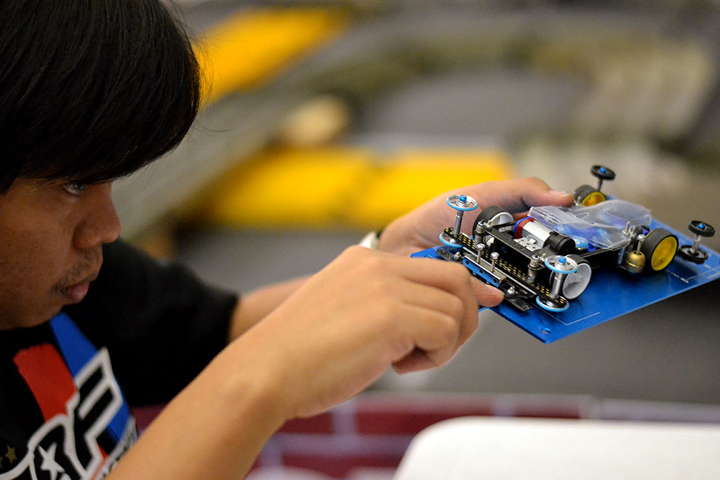 The herald of the aforementioned return to the races was the recently concluded Brickyard Grand Prix (BGP) held at the Glorietta 5 open area. The two-day event brought together dozens of enthusiasts and over 100 cars to tear up the tracks. 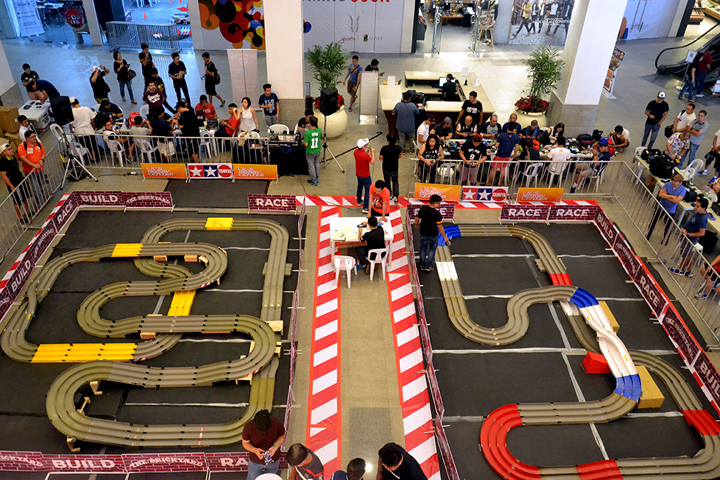 On the first day, The BGP welcomed beginners and intermediate level hobbyists with a Build-and-Race event wherein participants simply have to purchase a new kit, build it, and try for the fastest 3-Lap run time of the day. For beginners, it was the perfect event to build their first car and experience the thrill of competition. For the initiated, it was the perfect excuse to buy a new kit to expand their respective parts stock. 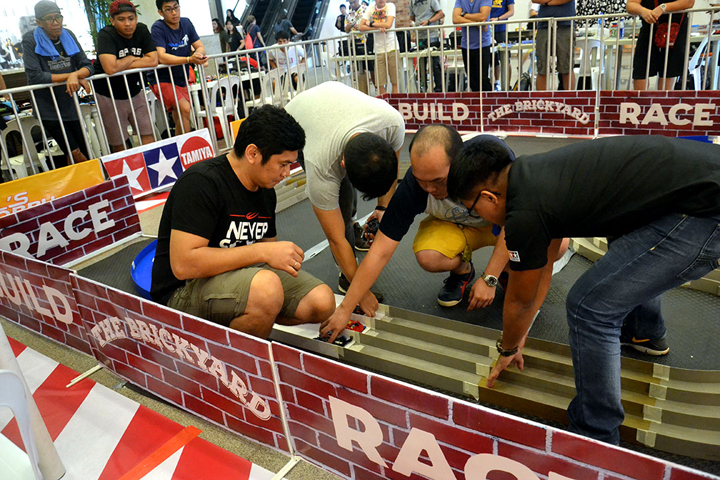 Four champions were crowned on that day, one for each category: Regular Stock, Starter Set, Rev-Pro, and GT Stock. Each winner took home a trophy, and a Brickyard t-shirt.

The second day had a more serious, yet equally fun, tone. It was the actual race day. Glorietta 5’s open area was already bustling with racers, tweaking and modding their cars in preparation for the big race, as soon as the mall opened at 10:00 AM. And even before the first race began at 1:30 PM, the track was already warm from all the cars doing test runs. 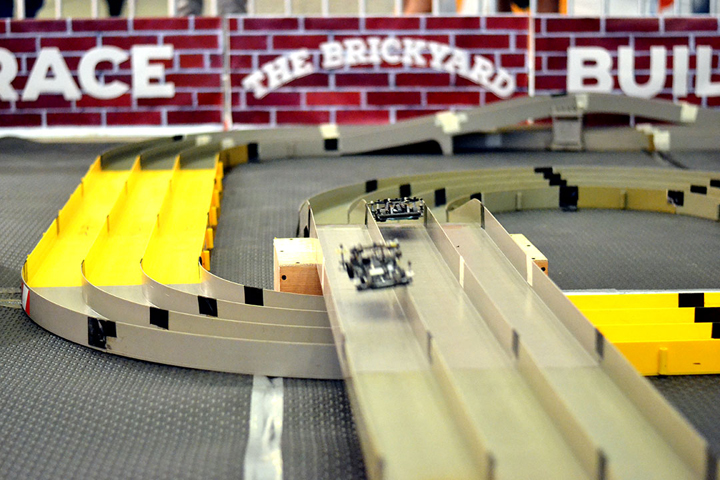 There were two race categories: Pro Stock, which only allowed parts that came from different standard Tamiya Race kits; and Advanced SpeedTech, which allowed participants to use the more sophisticated Tamiya tune-up parts. 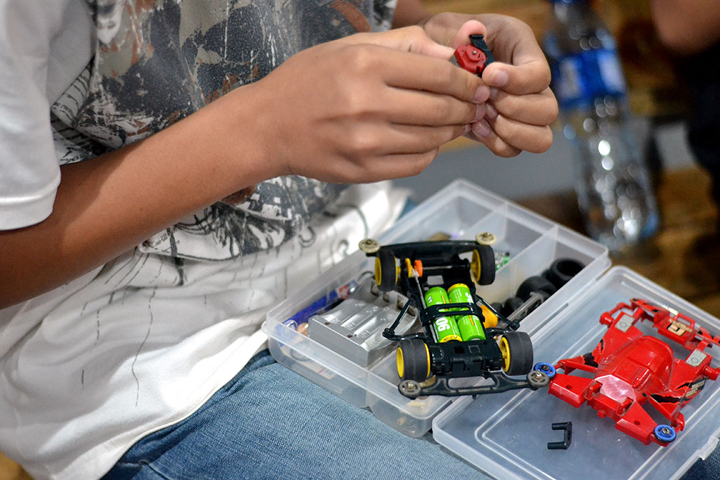 At the end of around 50 heats, the top three racers from each category were given cash prizes, trophies, and the honor of being the first podium finishers in the first ever Brickyard Grand Prix. 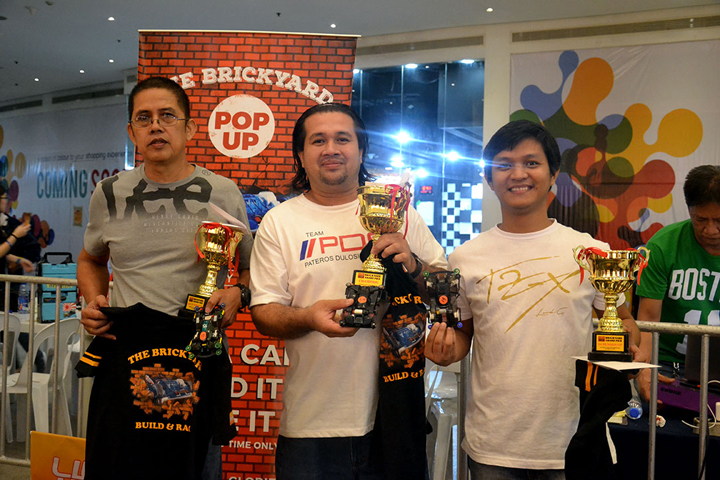 “It’s great fun to build a car, it’s an even bigger thrill to race them,” said Ferdie Kahn, owner of The Brickyard, and partner at Lil’s Hobby Center, the official local distributor of Tamiya. “There’s nothing like the rush of racing against fellow competitors who have put their hearts and souls into their builds. Through [the Brickyard Grand Prix], we hope give the hobbyists an opportunity to feel that rush,” he continued. 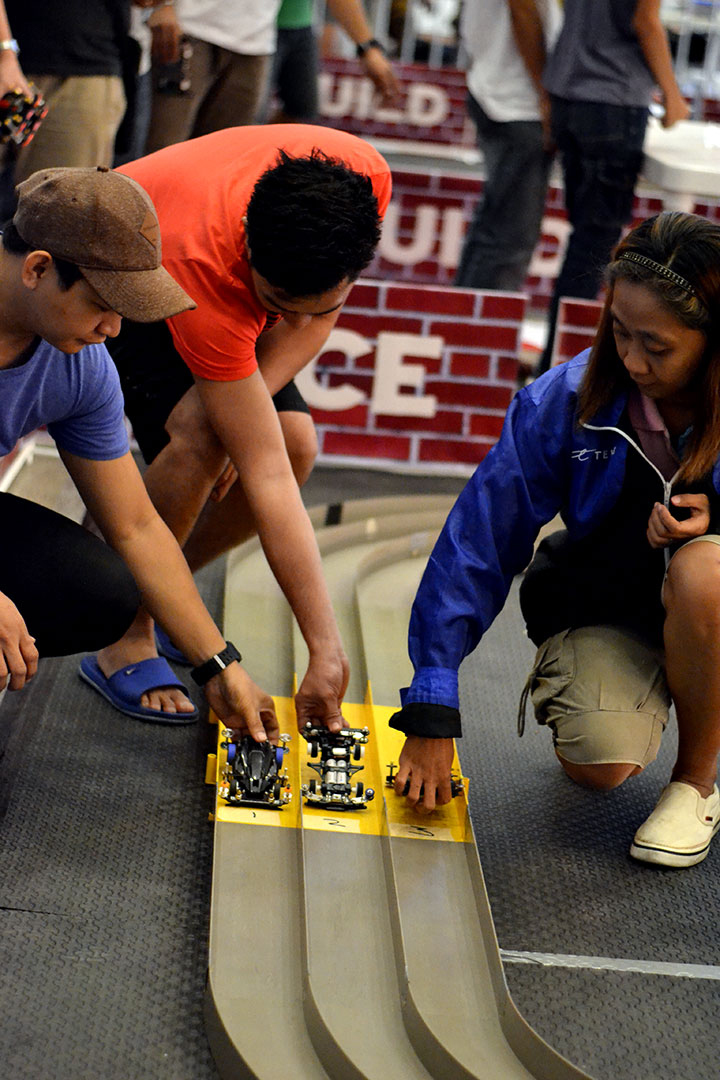 The BGP is organized by the Brickyard and Lil’s Hobby Center Glorietta. For more information on the stores activities and events, such as the BGP, you may visit their Facebook page at http://www.facebook.com/brickyardlhc.