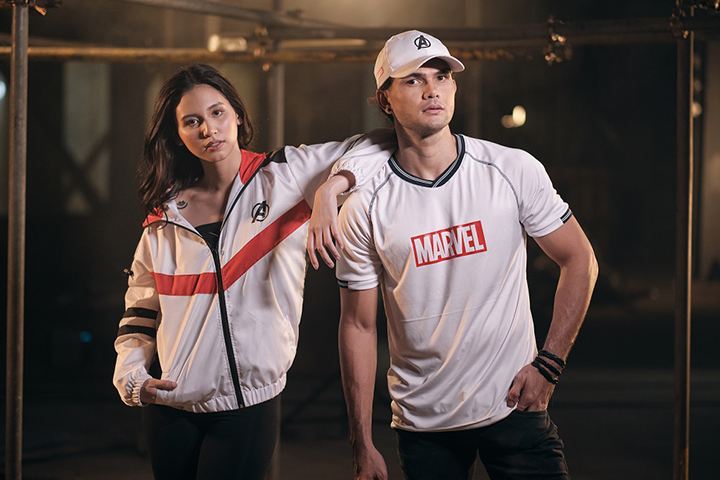 Are you ready for the big finale? Show your love for all things Marvel with the latest apparel and accessories collection from 0917 – 0917 x Marvel Studios’Avengers: Endgame!

In partnership with Disney and Marvel, 0917 Lifestyle has released its latest collection for the biggest blockbuster event this year. Marvel fans can feel like part of the team with the Avengers Suit Windbreaker Jacket, patterned after the Quantum Realm suits of the heroes as shown in the trailer.

They can also show their Marvel pride with unique tees such as the Endgame statement tee, Thanos shirts, and classic Marvel tees. Other collection apparel such as sweaters, hoodies, caps, and pouches are available for superfans. Techies can also join in on the fun as the collection features premium iPhone cases, a 3-in-1 charger, and phone grips featuring their favorite Marvel heroes.

As a treat to Marvel fans, 0917 Lifestyle made sure to release the collection before the blockbuster film’s cinematic release this month. The 0917 x Marvel Studios’ Avengers: Endgame collection is already available at the Globe Online Shop, most of the Globe Stores nationwide, and the new 0917 Booth at Glorietta 4 Cinema when it opens on April 22, 2019.

So come decked out in 0917 stylish apparel and nifty accessories and go look your absolute best come showtime for Marvel Studios’ Avengers: Endgame on April 24!

Since its launch in August 2016, 0917 Lifestyle has transformed into an integrated lifestyle brand spanning originally designed 0917 collections alongside special editions in collaboration with Marvel Studios’ Avengers: Infinity War, Star Wars, Netflix’s Stranger Things, 0917 x New Balance 574 Collab, and more. The collections include both apparel and digital accessories such as powerbanks, phone cases, speakers, and more.

Join PayMaya Tara! Raffle Promo for a chance to win an all-expense trip with 3 of your friends

Is she into you? Tom Rodriguez and Joseph Marco’s new San Miguel Light ad spells out the signs