Home > Recent > The Next Big Thing on Devices in the Philippines: IDC’s Market Outlook for Smart Devices
Recent

The Next Big Thing on Devices in the Philippines: IDC’s Market Outlook for Smart Devices

“IDC remains bullish about the smartphone market in the Philippines for 2015, expecting it to grow by 20%. The tablet market, on the other hand, is projected to maintain its 2.8 million shipments level in 2014 for this year, “says Jerome Dominguez, mobile devices lead at IDC Philippines.

“Smartphones and tablets continue to compete for consumer wallet and mindshare; mega projects from the government have slowed down due to multiple hurdles in customs, port traffic, natural disasters, and issues surrounding government budgets and allocations — causing the slowdown of the overall PC market. However, IDC remains hopeful for the upcoming years and believes that the Philippine PC market would reinvent itself with innovative offerings, which once again will show why the PC is an irreplaceable device,” says Linus Go, PC and monitor lead, IDC Philippines. 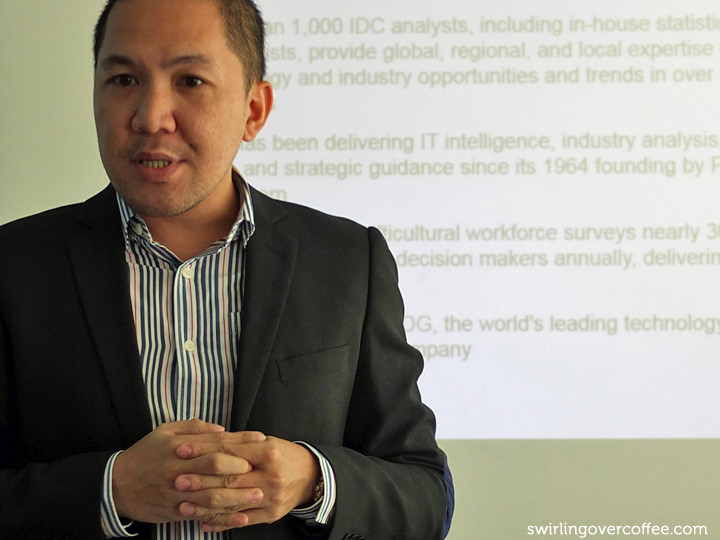 Rise of Smart Devices in the Philippines: Smartphones, Tablets

In 2014, nearly 15 million units of smart devices were shipped into the Philippines, with smartphones accounting for a majority share of 81% while tablets at 19%.

Results from both trackers showed: 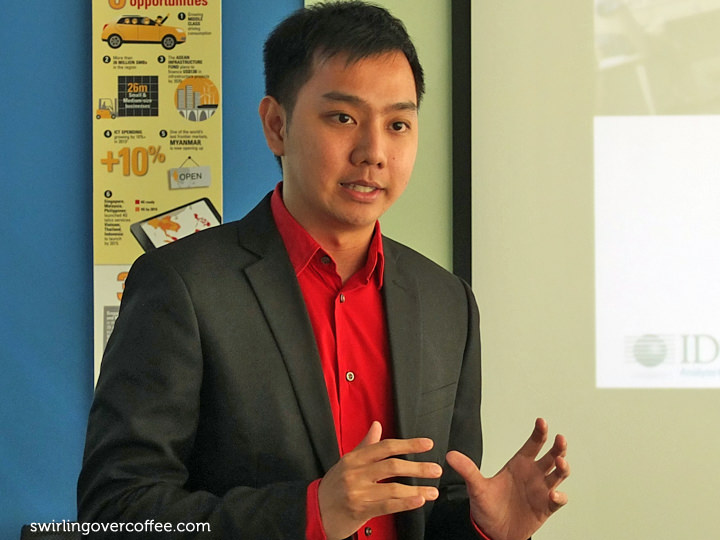 “Already a potent force in 2013, local vendors gained further traction in both smartphone and tablet markets in 2014 on the back of heavy marketing and price-competitive offerings. With the greater variety of smart device options and creative marketing stunts flooding the consciousness of Filipino consumers, competition is absolutely growing by the day. The vendors that will succeed in the smart devices realm are those that are able to adjust to evolving consumer needs and touchpoints,” says Dominguez.

Although achieving strong YoY growth, tablet growth started to slow down during the second half of 2014, owing to the device’s long replacement cycle and increased competition with smartphones. Nonetheless, small tablets (7in.–8in.) managed to increase 56% YoY while tablets with cellular capability surged 136% YoY.

The Role of PCs in a Dynamic IT Landscape

The local PC market witnessed a total of 1.9 million units shipped in the Philippines in 2014, according to IDC Asia/Pacific PC Tracker 4Q14. Findings from the tracker also showed:

The current outlook for PCs in the Philippines does not appear to be very optimistic, with IDC projecting a flat year for the market this 2015.

In 2015, a driver for the PC market will be the growing popularity of “electronic sports” eSports. It has been observed across Southeast Asia that once again, organized competitive computer gaming (also called as “eSports”) is a growing trend. Although eSports have been existing for the past two decades, there has been a sudden surge in popularity in the region when Steam released Dota 2, a multiplayer online battle arena (MOBA) by Valve and now the biggest organized eSports event globally with a price pool of over US$10 million. The huge following in the country has sent gamers back to computer shops and Internet cafes to play against and among each other. As a response, computer shops have not only been aggressively expanding but have also deployed high-end PCs and PC accessories to cater to gamers’ needs. This, in turn, is helping drive the volumes of PCs being shipped into the country, particularly those of white-box or clone PCs.

“The sub-US$400 laptop offerings made possible by Microsoft’s Windows 8.1 with Bing program have also been helping sustain the volume of PCs this year, and this will continue as long as Microsoft offers the program. The Bingbook project has made notebooks more accessible to price-sensitive Filipinos. The device is targeted not only at lower-income class but also at budget-constrained students and young professionals,” says Go.

The Endless Possibilities of Wearable Technology

Wearables are the new generation of devices that will be transforming the way we live and work. Most wearables are still designed with the consumers very much in mind. However, while products such as fitness bands and smartwatches are commonly available, these wearables are not widely used as there are doubts over the value it brings. With the number of challenges that need to be overcome, IDC believes that early adopters of these technologies will remain the only adopters for the time being. 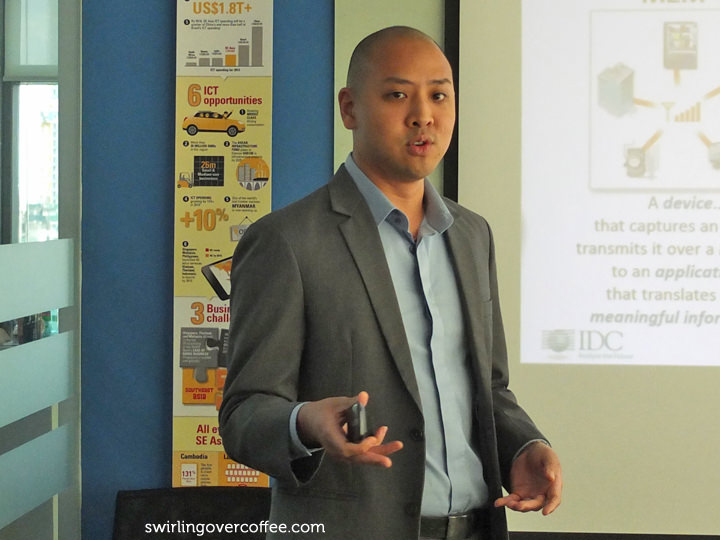 As the Internet of Things (IoT) becomes more prevalent, there is an immediate demand for solutions to continue driving it. Wearable devices and their capabilities have been evolving, and there are signs that these technologies are starting to live up to the hype.

The improving functionality on more recent releases has opened up a world of opportunities that many innovators are starting to capitalize on. A lot of the interesting things we are seeing today are taking place in the enterprise environment.

“IDC expects this trend to accelerate much more quickly over the coming years. There are a number of reasons we are seeing increasingly more consumer wearables entering the enterprise sphere. Besides the lower costs of producing white-labeled accessories, the variety of products is also increasing. More importantly, these products are improving on functionalities and capabilities and gaining more visibility along the way,” says Daniel Pang, Southeast Asia client devices lead and senior research manager, IDC Malaysia. 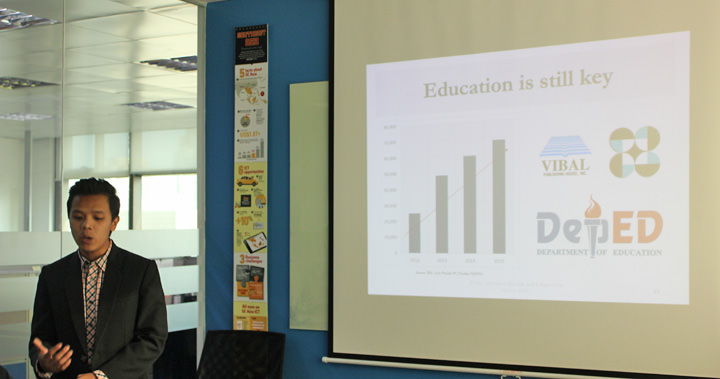 “IDC also expects to see greater adoption of band, watch, and glass solutions by retailers, hospitals, insurance companies, and large equipment manufacturers as more solutions are developed. Solid business cases for deploying wearables in enterprise environments now exist, and as competition grows in this space, there are definitely going to be exciting solutions in the pipeline,” Pang continues.

IDC is the premier global provider of market intelligence, advisory services, and events for the information technology, telecommunications, and consumer technology markets. IDC helps IT professionals, business executives, and the investment community make fact-based decisions on technology purchases and business strategy. More than 1,000 IDC analysts provide global, regional, and local expertise on technology and industry opportunities and trends in over 110 countries. For more than 50 years, IDC has provided strategic insights to help our clients achieve their key business objectives. IDC is a subsidiary of IDG, the world’s leading technology media, research, and events company. You can learn more about IDC by visiting www.idc.com.

5 Reasons to Fall in Love in BGC This Valentines

Q1 2020: Over 200k Ransomware Attempts Blocked Against Smbs in Sea