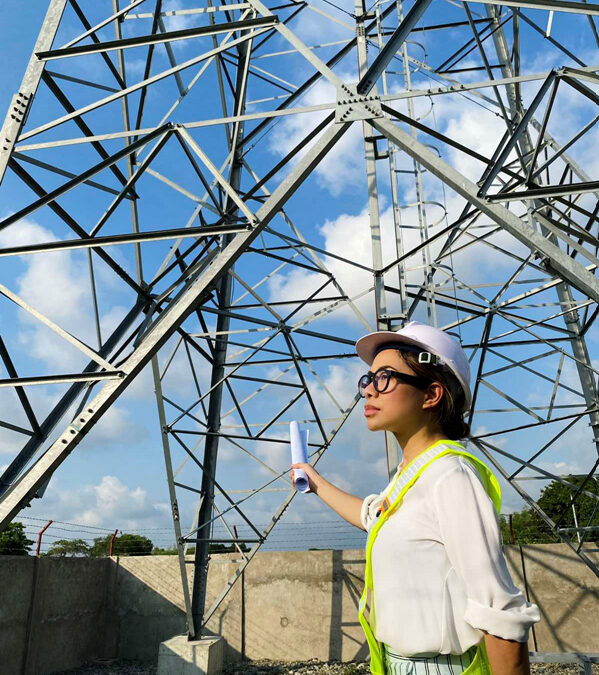 The Department of Information and Communications Technology  (DICT) issued guidelines for the construction of Independent Common Towers in June  2020 in a bid to improve telco services nationwide, and many have heeded the call to  build.

Common Towers serve as carrier-neutral relay stations that telecommunications  companies can share to reach more areas with more consistent signals. These towers  are not built and owned by the telcos but by independent companies. Rather like a tollway,  telcos will pay the Common Tower Providers a fee in order to utilize the towers.

One of these providers is the LCS Group, which has just built their 30th Common Tower,  the latest of which is in Alicia, Isabella (pictured) among hundreds more currently being  constructed throughout the country.

“We fully support the DICT’s directive in allowing independent providers to construct  towers that will create opportunities for all 3 telcos to expand their service to more areas,  ultimately improving Last Mile services through collaboration with our carrier-neutral  Towers,” said LCS Group Vice Chairman Architect Richelle Singson-Michael. “What is  known as the ‘sharing economy’ has disrupted tech markets, and the same principles can  be applied in the telco industry saving them from having to invest and operate the towers

LCS’ CEO (ICT) Aaron H Tan added “With our shared infrastructure, we have effectively  shortened the network roll out and expansion periods of all the current and future service  providers, hence expediting their go-to-the-market strategies.”.

According to reports from the DICT, the two major telcos, PLDT and Globe, operate a  combined total of over 16,000 cell sites nationwide. New telco player DITO Telecommunity is poised to complete 3,200 sites by July 2021 with 1,920 towers already  built as of April 30.

Currently, the Philippines is trailing behind neighbors Vietnam and Indonesia in terms of  tower construction, each of whom have around 70,000 to 90,000 towers respectively.  Catching up to them would mean not only faster internet connectivity, but better services,  safer transactions, and clearer communication for the millions of Filipinos who are still  working from home due to the global pandemic.

Architect Richelle also sees the Common Towers as economic invigorators, because the  development and construction of these is very labor-intensive, and providers like LCS are  mindful of the communities where the towers are located. “We always make it a point to  prioritize hiring local experts and labor,” she went on, “Because our job is not done if only  the telcos and the Last Mile are happy; we at LCS bring it upon ourselves to add value to  every single community our towers are located in.”

A Symphony of Celebrations

Hitting The ‘Reset’ Button Toward a Brighter, Greener Future

Bring EPIC to your snack time with Jolly Hotdog!

Finding a diamond in the rough: Tips in purchasing pre-owned homes