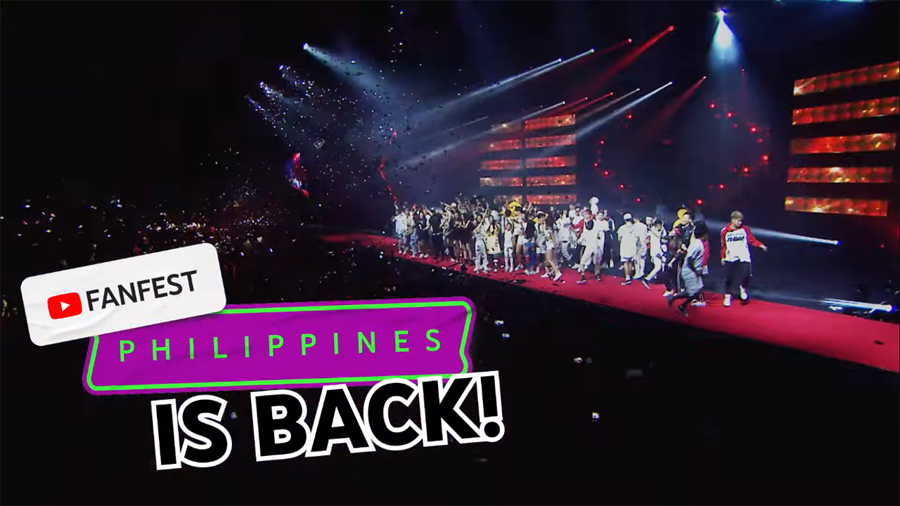 MANILA, PHILIPPINES, October 2020–YouTube FanFest, in the opening of its Philippine segment, will pay tribute to the Filipino creators we’ve lost this year including Lloyd Cadena, fondly known as Kween LC, and Emman Nimedez. This is to celebrate their legacy and look back at the ways they touched the lives of so many netizens and communities.

The tribute will be in the form of a short video where some of the country’s local creators and FanFest participants such as About RAF, Fumiya Sankai, and music artists Ben&Ben and SB19 among others will share their message about the two wonderful creators, their most memorable moments with them, and how they made an impact in people’s lives.

“Lloyd Cadena and Emman Nimedez will forever be remembered. They taught me that true happiness in this industry is putting the people I love and my viewers first before myself,” said Raf Juane (About RAF) who also honored the late creators for being heroes in the online community.

Ben&Ben also expressed their heartfelt gratitude to Emman for being one of their first supporters in the industry, “We want to thank Emman for believing in us especially when we were starting out and giving us a chance. Thank you Lloyd and Emman for your legacy in the YouTube community.”

Lloyd Cafe Cadena is known as one of the most genuine, kind-hearted, and funniest Filipino content creators.

Having started his online career in 2011 with parody videos, challenges, and the famous LC Learns series, the 26-year-old internet sensation quickly rose as one of the pioneers of content creation in the Philippines and has built his fanbase to over 5 million subscribers.

Lloyd is remarkably generous. In one of his last videos, Lloyd handed out free tablets to children to help them in their online learning during the pandemic.

Before he passed away, he was finally able to make his dream come true: to buy himself and his family their own house. Like her beloved son, Nanay Lorita has her own YouTube channel called Mother Kween Vlogs which already has 1.55 million subscribers.

A graduate of Broadcast Communication at the Polytechnic University of the Philippines, Emman Nimedez was naturally gifted as a director, actor, and filmmaker. He started creating and sharing short films, covers, and videos back in 2011, and soared to popularity in 2017 for his viral parody of the hit K-drama “Goblin”.

With his well-loved videos that brought joy in the online community, Emman has earned himself a whopping 2.73 million subscribers. Among his many achievements as a creator and artist include the release of his debut single ‘Uuwian’ last July 2020.

Acer Remains the No. 1 Consumer and Gaming Brand in the Philippines!

From Business Continuity to Resilience amid COVID-19