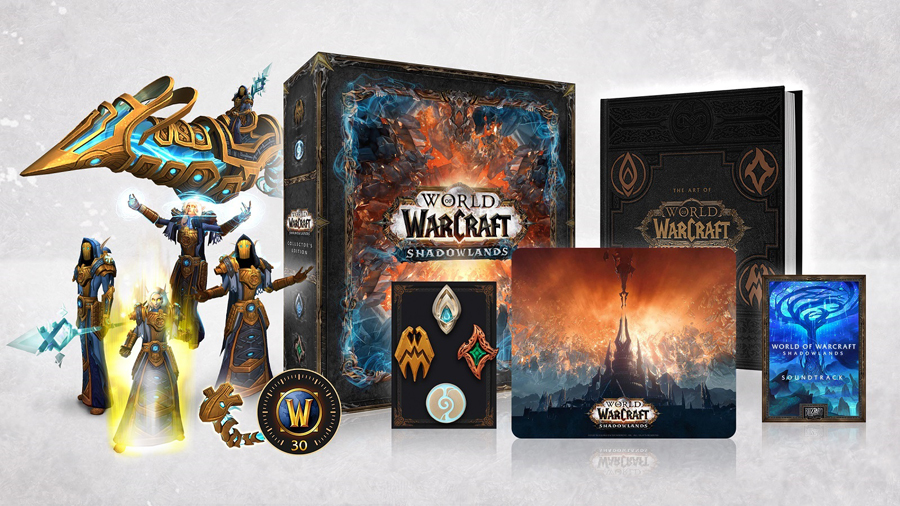 Sylvanas Windrunner has torn open the veil between Azeroth and the afterlife. To ensure that the cosmic order is preserved, Azeroth’s champions must set out on a journey into the realms beyond to deal with the consequences of Sylvanas’s actions.

World of Warcraft®: Shadowlands, the eighth expansion for Blizzard Entertainment’s acclaimed massively multiplayer online role-playing game, sends players to the ultimate undiscovered frontier—the Shadowlands, an infinite plane where mortal souls go to be reborn, serve, do battle, or endure endless torment. There, Azeroth’s heroes must forge bonds with the powerful covenants who hold dominion over the Shadowlands and acquire the unearthly powers they need to uncover the extent of Sylvanas’s designs.

• EXPLORE WARCRAFT’S AFTERLIFE—For the first time in World of Warcraft, cross into the Shadowlands, a domain of infinite afterlives. Ride across the gleaming fields of Bastion, lose yourself among the gothic spires of Revendreth, confront the horrors of the Maw, and more.

• PLEDGE YOURSELF TO A COVENANT AND SHAPE YOUR DESTINY—The Covenants who hold
dominion over the Shadowlands are eager to recruit Azeroth’s champions. Each has unique story line, gameplay features, and an array of powers they bestow upon those who pledge their cause. Choose between Bastion’s valiant Kyrian or Revendreth’s cunning Venthyr, fight for the mighty Necrolords of Maldraxxus, or seek renewal with the untamed Night Fae of Ardenweald.

• TAKE ON THE BOUNDLESS CHALLENGE OF TORGHAST, TOWER OF THE DAMNED—The vilest souls in existence are damned to suffer eternal torment in this horrific, otherworldly prison. This
everchanging, roguelike challenge is open to solo players and groups of up to five, and those who
brave its trials will earn some of the afterlife’s worthiest rewards.

• JOURNEY THROUGH A NEW LEVELING EXPERIENCE—Level up your next hero through a fully
revamped 1–50 experience where every level is meaningful, then advance to the new level cap of
60 in the Shadowlands.

• AND MORE. . . – Endure the Jailer’s watchful eye in the Maw, an outdoor zone where the challenge
mounts the longer you linger; forge Soulbinds with key characters to share their distinct powers;
restore your Covenant’s Sanctum to glory; and much more.

Fun Bath Moments with the Arellanos