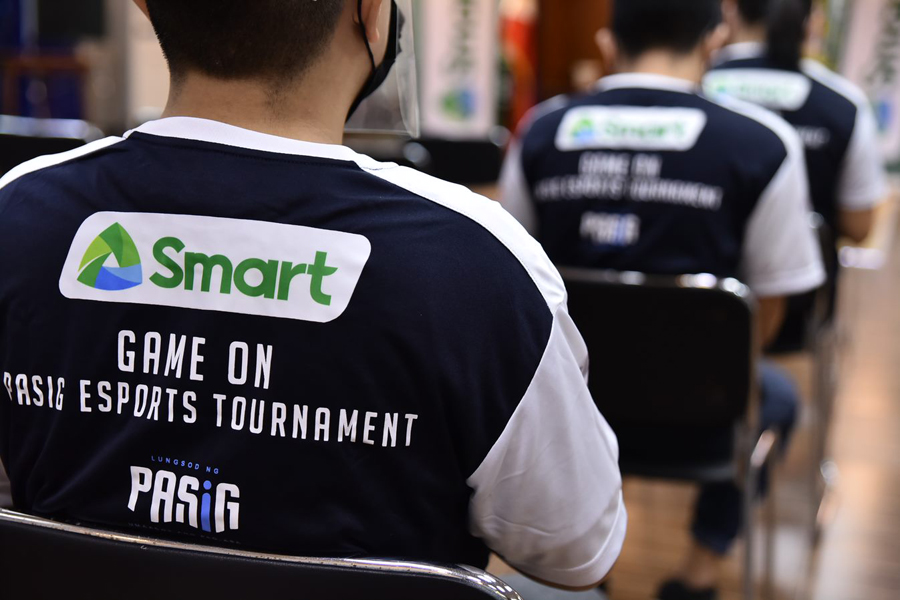 Winners of the recently held Barangay Grassroots Esports League (BGEL) in Pasig City visited the Pasig City Hall for a quick meet-and-greet session with Mayor Vico Sotto and executives from Smart Communications, Inc. (Smart). A program of Smart together with Omega Academy, BGEL enables local government units (LGUs), particularly youth organizations within the LGU, to connect with their constituents through esports.

Tatin Manalo of Santolan’s Pride, the champions of the Mobile Legends: Bang Bang tournament shared, “We competed against great players during the league, but we received so much support from our barangay, especially from the Sangguniang Kabataan of Santolan. Because of that, we had no other objective than to win this battle and make our barangay proud.”

For Diego Aguilar, who emerged as the Most Valuable Player from the Call of Duty Mobile (CODM) event, he joined to gain more experience and hopefully, get a chance to be a professional player.

“It feels great to win the CODM BGEL tournament. We didn’t have a coach or any practice, but we managed to win,” Aguilar said.

For his teammate Lawrence Remolin, the tournament was a way to help his family financially. “For me, I wanted to see how much I’ve improved as a CODM player, plus I really wanted to win the cash prize to help our family pay the bills.”

BGEL is also supported by the Pasig Youth Development Council, with the guidance of the Philippine Sports Commission (PSC) and the Philippine Esports Organization (PESO). On the other hand, Omega Academy is the developmental department of Smart Omega which aims to find and develop young talents in the Filipino esports industry. Smart Omega is the Smart-supported professional esports team which competes in The Nationals, the top esports league in the Philippines.

Omega Academy also pushes for a healthy balance between physical and online activities for the holistic development of potential esports athletes. Smart Omega has also been joining programs such as Better Today, the mental health advocacy program of PLDT and Smart, to help promote mental health across all generations.

“We are grateful for the support of the leadership of Pasig City for this event. The Barangay Grassroots Esports League is our way to help communities empower the youth with competitive activities during the pandemic,” said Jude Turcuato, First Vice President and Head of Sports at PLDT and Smart.

Smart has proven its strong commitment and support to the Philippine esports community by partnering with game creators and esports tournament organizers here and abroad, delighting subscribers with exclusive offers, and actively playing a role in PESO, the official National Sports Association that governs and develops esports for the over 43 million gamers in the country.

“Having a good internet connection puts us at an advantage against our opponents during the online game. It is essential in esports or online tournaments because it serves as one of our tools to enable us to win,” said Charles Angeles, a member of the CODM team.

Smart also provides Filipino gamers with the best mobile gaming experience on 5G devices with its continuous network improvement. Smart was recently cited as the fastest 5G network in the Philippines by Ookla®, the global leader in internet testing and analysis. With 4,400 5G sites in more than 4,000 locations across the country, Smart also operates the country’s widest 5G network.

Smart has also reasserted its dominance as the Philippines’ fastest mobile network for the fourth year in a row, according to Ookla, covering the first half of 2021.

Esports enthusiasts can now switch to the Smart network by first securing a Unique Subscriber Code from their originating provider to serve as clearance and by bringing it to the nearest Smart Store along with a valid ID and any proof of mobile ownership.

From there, Smart will begin processing the MNP application without any charges. Interested subscribers can also make the Smart move via the GigaLife App, which is downloadable on the Apple App Store and Google Play Store. To know more about switching to Smart, mobile users may also visit x.smart/switch or head to the nearest Smart Store.