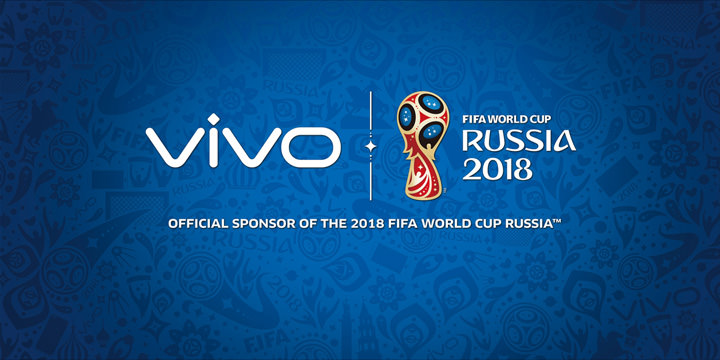 Vivo becomes the official sponsor of the 2018 and 2022 FIFA World Cups.
Tech

Football is one of the most fascinating sports, and the FIFA World Cup, as one of the top sporting competitions in the world, always captures the attention of global audiences. The global smartphone brand Vivo recently announced its agreement with International Federation of Association Football (FIFA) to sponsor the FIFA World Cup for six years, covering two tournament cycles. This means Vivo will become the official sponsor of the 2018 and 2022 FIFA World Cups.

As the official smartphone brand to sponsor the FIFA World Cup, Vivo will consecutively sponsor the FIFA Confederations Cup 2017, 2018 FIFA World Cup hosted by Russia, FIFA Confederations Cup 2021, and 2022 FIFA World Cup in Qatar. Through its tremendous global influence, this six-year cooperation will take Vivo to another new level in terms of international exposure. The Vivo logo will appear during every match on field advertising boards, event tickets, press release backdrops, and other key promotional areas. FIFA rights include special marketing programs such as the right to invite guests to be Vivo phone photographers during pre-match player warm-ups. Later, Vivo will introduce a customized FIFA World Cup phone to offer a one-of-a-kind experience for Vivo consumers and football fans. Additionally, FIFA staff will use Vivo smart phones on-site and the FIFA Confederations Cup 2017, which will begin on June 17th, marking the start of Vivo and FIFA’s cooperation.

As one of the world’s largest sporting events, the FIFA World Cup has tremendous influence and worldwide coverage. For brands in the smartphone industry, including Vivo, a FIFA World Cup sponsorship is a great accomplishment. Senior Vice President of Vivo, Mr. Ni Xudong explains: “Football is a sport full of passion and wonder, creating happiness for the millions of football fans across the globe. The spirit of football is about rigorous and constant progress. As a global sponsor of the World Cup, Vivo hopes to strongly associate itself with the football spirit and show consumers all over the world Vivo’s creative, joyful, and international brand image. In the meantime, Vivo will bring its personalized, energetic, and youthful spirit into the World Cup and the sport of football.”

Among the many brands in the global smartphone industry, Vivo’s persistent focus on constant improvement was attractive to organizers of the FIFA World Cup. FIFA’s Secretary General, Fatma Samoura explains: “Football and technology are coming closer by the day, on and off the pitch, and it is a great moment to start a partnership of this nature with the leading global smartphone brand. We are very excited to be working closely with Vivo and are keen to see their involvement in the next editions of the FIFA World Cup and FIFA Confederations Cup.”

Sports Marketing as a Tool for Internationalization

In 2014, Vivo began to expand into markets in Southeast Asia and other regions. Deploying localized product and marketing strategies, Vivo saw rapid growth and was strongly embraced by local consumers. Vivo has continued to invest in R&D and established seven major research centers across China and the United States. Vivo has also used sports marketing to increase brand awareness in international markets.

In 2015, Vivo became the title sponsor of the Indian Premier League (IPL), a sporting association that is highly influential in British Commonwealth countries and India. In 2016, Vivo started a strategic partnership with NBA China as its Official Mobile Handset Sponsor, inviting NBA superstar Stephen Curry to become the product ambassador for Vivo’s flagship Xplay6. As sponsor of the FIFA World Cup, Vivo seeks to earn itself even more attention on the international stage.

With its technological advancement and branding progress, Vivo strives to create more breakthroughs. Sponsorship of the FIFA World Cup is a clear signal of Vivo’s progressive expansion into the international marketplace.

Don't miss out on the fun this summer! Fight allergies with Claritin anytime, anywhere this travel season

OPPO to Unveil the “5x” Smartphone Photography Technology at MWC

How to Buy Legion, World of Warcraft’s Newest Expansion, without a Physical Credit Card