The currently most popular midrange selfie phone, the 2016-released OPPO F1s, now has an upgrade. The OPPO F1s 2017 has 4GB RAM (up from 3GB RAM) and 64GB internal storage (up from 16GB ROM). Expandable storage is also improved, as the new F1s can now take in a 128GB micro SD card (up from 32GB). The rest of the specs – processor, cameras, physical build – are the same.

The upgraded OPPO F1s is priced at P13,990 (same as the previous F1s) and will be available starting February 3. 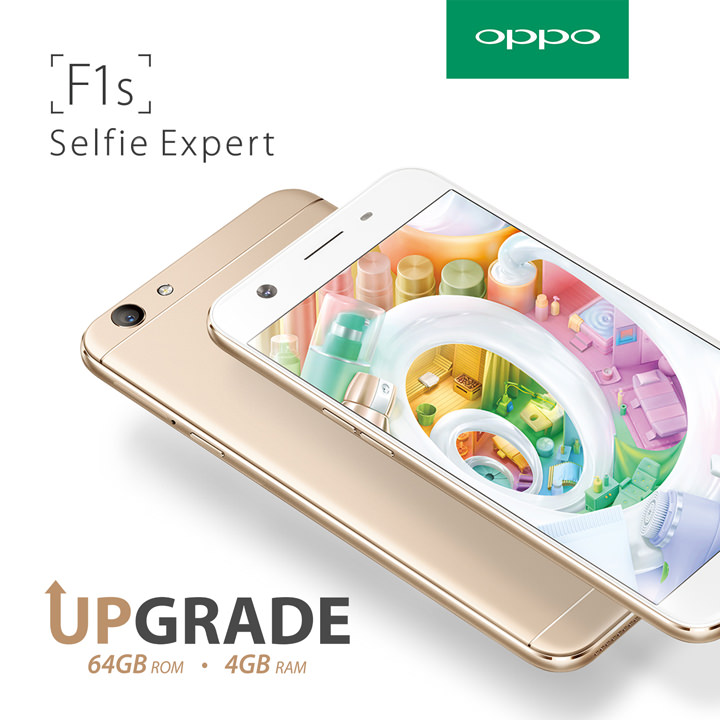 “The F1s was already a masterpiece of technology and design when it made its debut in the country last year, but we never stopped looking for more ways to make it even better,” said OPPO Philippines Brand Marketing Manager Stephen Cheng.

ASUS Celebrates ZenFone 2 ZE551ML as Smartphone of the Year

PLDT and Smart ring in Christmas with ‘Holideals,’ their biggest holiday sale

Christmas in the Philippines shines as Firefly LED illuminates the Metro