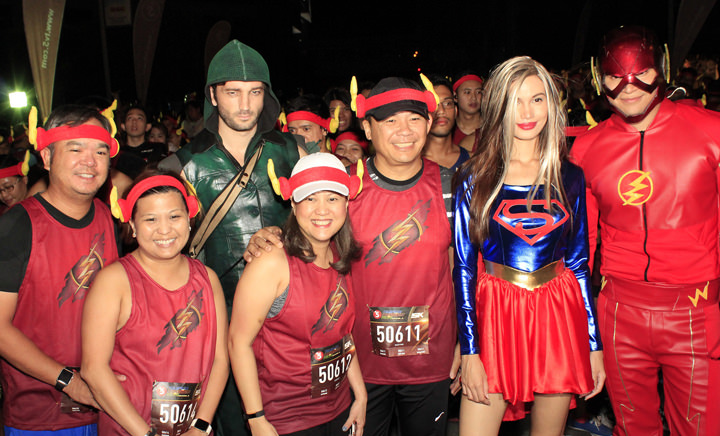 A number of superheroes were recently seen running around SM Mall of Asia, Pasay City. The heroes convened for the first ever TV5 Superheroes Run: Manila, a mission that will benefit the Alagang Kapatid Foundation Inc., the social development arm of TV5 which aims to help families during times of disaster and calamity. 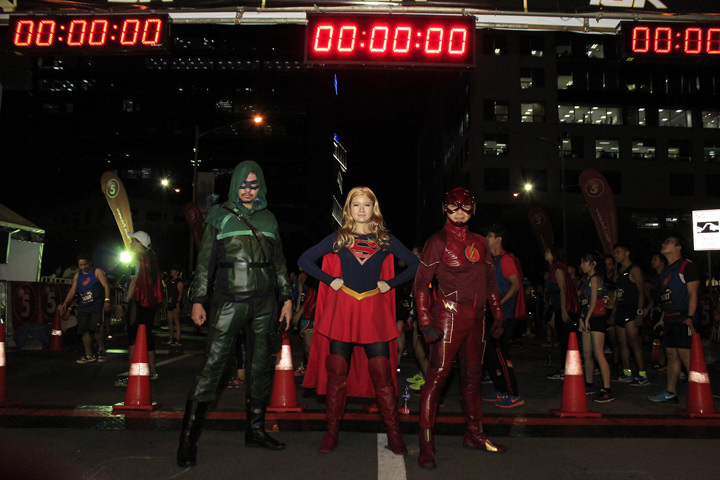 Participants from kids, teens to adults filled up the location early morning which made it look like a massive heroes’ assembly. They were all geared up in their running wear, wristbands and of course, their superhero attire. Runners joining the 16k run wore a Supergirl cape, 10k runners showed off their Arrow-like hood and 5k runners flashed their The Flash inspired headgear. Some participants stood out more with their colorful tutus, vibrant wigs, printed socks and something you don’t usually see in runs, stunning pumps. Not to be outdone were the adorable mini superheroes who joined the 200m dash. Some kids even showed up wearing full-blown Supergirl and The Flash costumes. 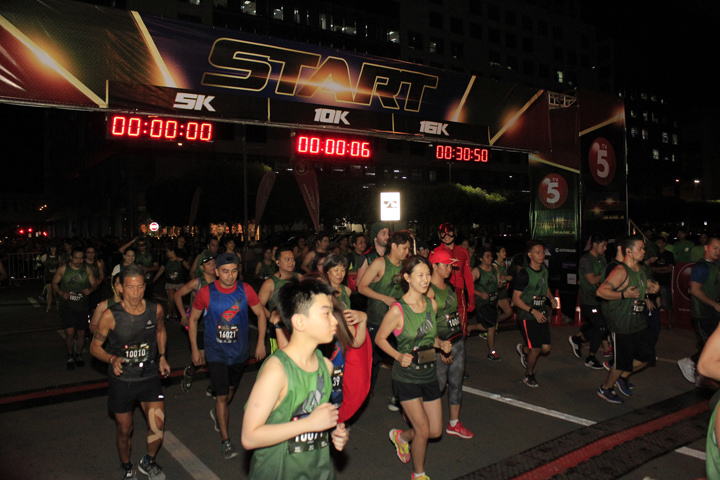 No less than TV5 President and CEO, Chot Reyes was there to lead the event. The program was hosted by Rizza Diaz, who set the guidelines for the runners. Before the run, Sports5 Head, Patricia Bermudez led the group in prayer followed by warm-up exercises by Coach CJ from Takbo.ph. After these, the starter pistol was fired by Jinoe M. Gavan also from Takbo.ph. With the race off, the runners sprung into action just like superheroes off to save the day. 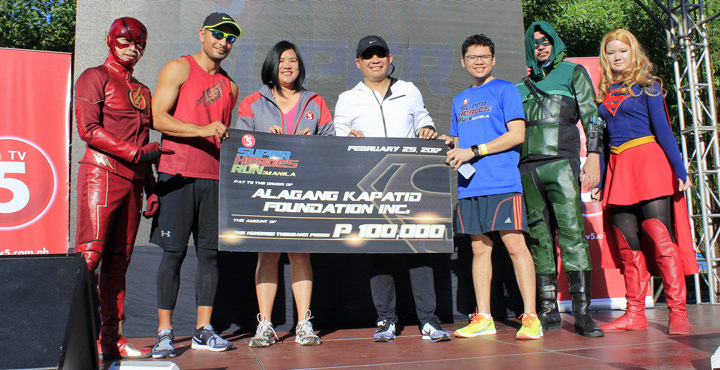 During the awarding ceremony, Coach Chot expressed his appreciation for the people who made the superheroes run a reality. He also thanked the participants who made the effort to show up early and in their costumes. A total of 24 medals were awarded by Coach Chot, joined by Derek Ramsay and Lloyd Manaloto, Media5 Head of Marketing. Following the awarding, part of the proceeds from the run were turned over the to the Alagang Kapatid Foundation Inc., represented by its Executive Director, Ms. Menchie Silvestre who thanked everyone who joined the run. She said that the donation will help families in need during calamities which made the runners, indeed, heroes for a day.

And that is how on one Saturday morning, superheroes weren’t just a figment of imagination or just a part of a panel from comic books. Everyone got a taste of being a real one, thanks to TV5’s Superheroes Run: Manila.

ASUS ZenFone 3 Zoom has a wide angle and an optical zoom camera plus 5,000 mAh battery; arrives on April 6

5 Reasons to Fall in Love in BGC This Valentines