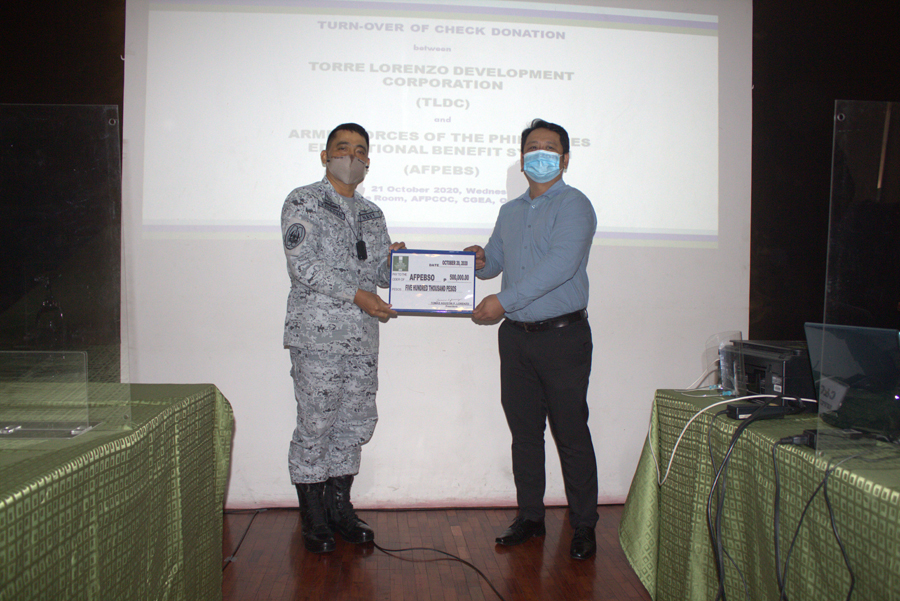 Under the agreement signed in 2019, TLDC will fund scholarships over a 10-year period for college-aged beneficiaries of military servicemen and women who were killed in action. The Php10-million scholarship fund covers full tuition and miscellaneous fees for grantees, to be given yearly for the entire program donation.

“Torre Lorenzo shares the AFPEBSO’s commitment to education, which has the transformative power to uplift lives and communities,” noted TLDC CEO Tomas Lorenzo, underscoring that despite the pandemic, the company’s sustainability commitments to its communities remain a priority. In receiving the check donation, AFPEBSO Deputy Chief of Staff Rear Admiral Erick Kagaoan thanked the company for its continued partnership. “This donation is surely a big help in the operationalization of our education programs, marami po kayong buhay na mababago,” he added.

QBO Innovation Hub hosts Philippine round of She Loves Tech Global Competition, continues to build the case for the female economy