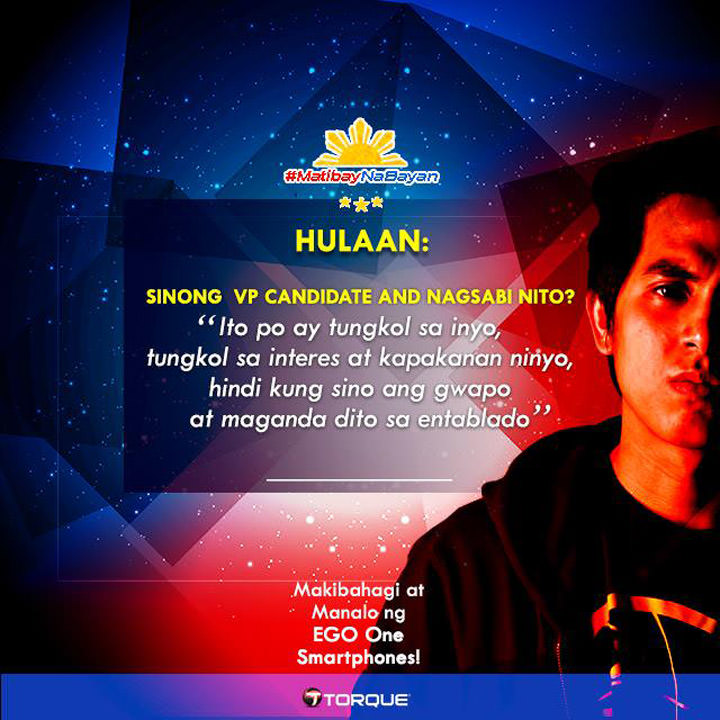 Join the country-wide conversation and share your views for a chance to win EGO One smartphones from Torque Mobile.

Torque Mobile, the leading local brand of Android tablets in the Philippines, today announced a new online campaign called #MatibayNaBayan just in time for the upcoming 2016 Presidential Elections. The campaign coincides with the re-launch of the official Torque Mobile web site, which now contains updated info on the company’s products. #MatibayNaBayan is scheduled to last from April 12th through May 9th, 2016.

Through the #MatibayNaBayan online campaign, Torque Mobile aims to encourage Filipinos to become more involved in the election process as well as to engage in responsible voting to help ensure a productive election cycle. It will include regular updates on the Torque Mobile Facebook page and a poll on the newly re-launched Torque Mobile web site.

The #MatibayNaBayan campaign has already started. beginning with a post featuring the face of the campaign, Torque Mobile brand ambassador, rap artist, and local celebrity, ABRA, and the campaign tagline, “Makieksena. Makinig. Makibahagi.”

For the duration of the campaign, Torque Mobile will hold two separate events to entice people to join the country-wide conversation and share their opinions on the current crop of presidential candidates. At the same time, they will also be getting their own chance to win one of 21 Torque EGO One smartphones powered by Android. The event details are as follows.

On April 15, Friday, Torque Mobile launched #EgoBagsakan to begin the conversation about the upcoming elections with its followers and fans. Through this, sharing thoughts about the #MatibayNaBayan will be encouraged. 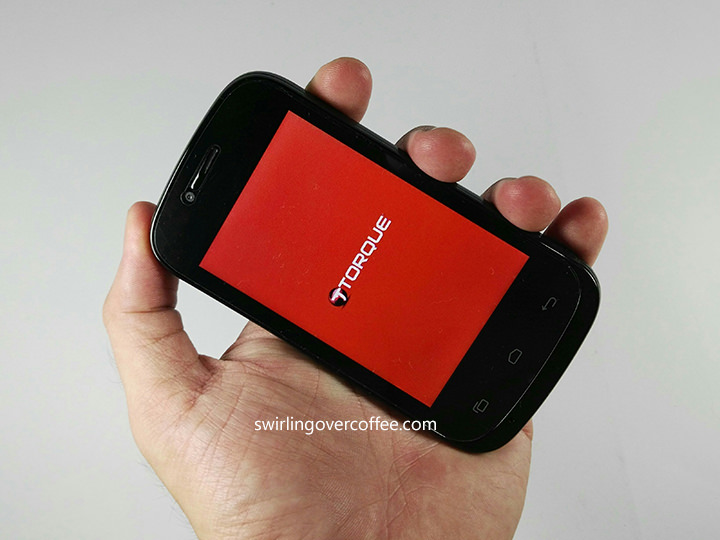 On one part of #EgoBagsakan, the Torque Mobile page will post updates on its official Facebook page calling for fans and followers to share one word to describe their favored presidential candidate. Also, there will be a campaign-long Q&A conversation where fans and followers can guess which presidential candidate was the source of certain quotes pulled from the recently-concluded presidential debates. Each participant will then get a chance to win a Torque EGO One smartphone, and there will be one winner for each day of the Q&A conversation.

Another part of #EgoBagsakan involves ABRA, who will facilitate a LIVE Facebook conversation with followers and fans on a future date.

Torque Mobile and ABRA will then select 10 random winners of the Torque EGO One smartphone through a raffle draw based on the participants of this LIVE Facebook conversation. And the 10 winners will be given a chance to speak their mind on who they think will be the next president of the Philippines, through a quick video produced by Torque Mobile.

Be part of the conversation and let your voice be heard by visiting the Torque Mobile Facebook page today. You can also search for updates online by using the hashtag #MatibayNaBayan and by going to the Torque Mobile web site at www.torque.ph.