Home > Recent > THROWBACK: Top Clans Arena 2019 by Top Clans Esports – Looking Back at the Biggest Rules of Survival Tournament Ever 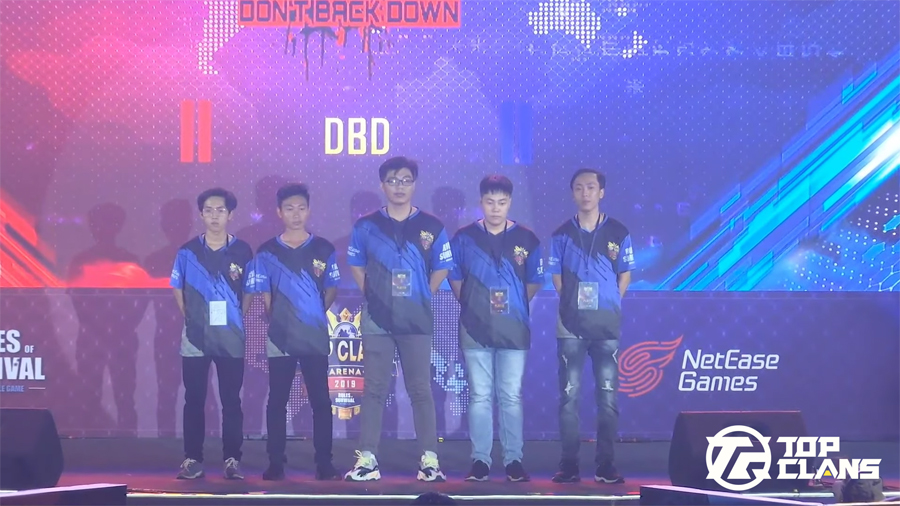 THROWBACK: Top Clans Arena 2019 by Top Clans Esports – Looking Back at the Biggest Rules of Survival Tournament Ever

NetEase Games’ Rules of Survival, released in 2019, made waves in the gaming and esports scenes
during its first year. With a series of tournaments that gave the best players an opportunity to show off their skills, Rules of Survival quickly became the Battle Royale of choice for gamers. The game continues to grow today, with more players dropping off the island and shooting their way to victory.

The competitive nature of Rules of Survival made it possible for strong rivalries to build up, even though the game was barely a year old by then. Clans emerged and became well-known for their skills, and established esports organizations soon entered the battlefield with their own teams joining the fray.

Right before Top Clans Arena 2019, there was already a brewing rivalry between the Philippines’ two top clans: Maniac and Wheat Town Gang. During Top Clans Season 3, Maniac bested their rivals by becoming the champions of the tournament. However, in the past seasons, it was Wheat Town Gang who had a more consistent performance.

Thanks to Wheat Town Gang’s strong performance, they received a direct invite to the Top Clans Arena 2019 Finale, along with the then-newly formed Bren Esports team. Two teams from Vietnam were also given free passes to the Finale. These were Don’t Back Down and Refund Gaming. Similar to their Filipino counterparts, Don’t Back Down was invited thanks to their strong performance in previous tournaments, while Refund Gaming was a newly-formed team backed by a veteran esports organization.

However, Wheat Town Gang withdrew from the competition, and thus their slot to the Finale was forfeited. In their place, their long-time rivals Maniac were given the VIP slot, ensuring that they will have their place in the Top Clans 2019 Finale.

Meanwhile, the rest of the twenty teams that competed in the Top Clans Arena 2019 Finale had to fight tooth and nail to secure their spots. In October last year, the most prominent clans competed in an Invitational Tournament, where the top six teams joined the four VIP teams.

Those who didn’t win in the invitationals had to fight their way through the qualifiers. Here, the
competition is the toughest, as anything goes like a wild jungle. Teams from all over Southeast Asia
joined the qualifiers. The top 40 teams of the region were then divided into the Red and Blue Factions for the Qualifier Playoffs. Only the top five teams of each faction were given a ticket to the Finale.

A Charity Celebrity Showmatch was held to hype up the partnership. Twenty of the Philippines’ most prominent influencers in Rules of Survival and other esports titles were invited to take part in the event.

Meanwhile, after rounds of intense firefighting, only one team emerged victorious in the end. Filipino team Le Savage, coming all the way from the qualifiers, bested the top clans of Southeast Asia to become the Top Clans Arena 2019 champions. The young players were able to dominate the favorites of the tournament, even coming on top of the VIP teams.

After the scores were calculated and the winners were announced, the young champions came to the tournament stage and humbly hoisted their trophy. Their success showed the world that anything is possible if you stay passionate and stick to your dreams.

The Top Clans Arena 2019 Finale was held in Le Pavillon, in Pasay, Manila on November 16, 2019.
Hundreds of fans attended the event, and were welcomed with gifts by NetEase for their support of the game and for their passion for the community. Apart from the live audience, the Finale was also
watched by thousands of viewers online around the world.

The success of Top Clans Arena 2019 Finale tied up a whole year of successful performance for Top Clans Esports. Over the whole year, Top Clans Esports events were watched by millions of viewers,
accumulating a total number of views of over nine million and reaching over 24 million individuals
worldwide.

Thanks to the excitement brought to the community by the Top Clans Esports tournaments, fans of the game continue to enjoy Rules of Survival. They have a positive outlook at the future of the esports scene for Rules of Survival. Top Clans Arena 2019 is still fresh in the minds of fans and players, inspiring them to train even harder and fueling their passion for competition.

The success stories of the winners from the previous year shows that anyone, even those who come
from the qualifiers, can succeed and become champions in Rules of Survival. This kind of inspiration makes everyone even more dedicated to the sport, and we’ll soon see the fruits of their labor.