Home > News > The Search Is Over: #MissingGoldiCake Found

Roughly a week later, however, countless people were perplexed when these cakes literally went missing, leaving a gaping cake-shaped hole right in the middle of the billboards. Discussions and theories flew left and right on social media, with news reports in mainstream print and television following suit. People wanted to know… where was the Goldilocks 50th Anniversary Cake? 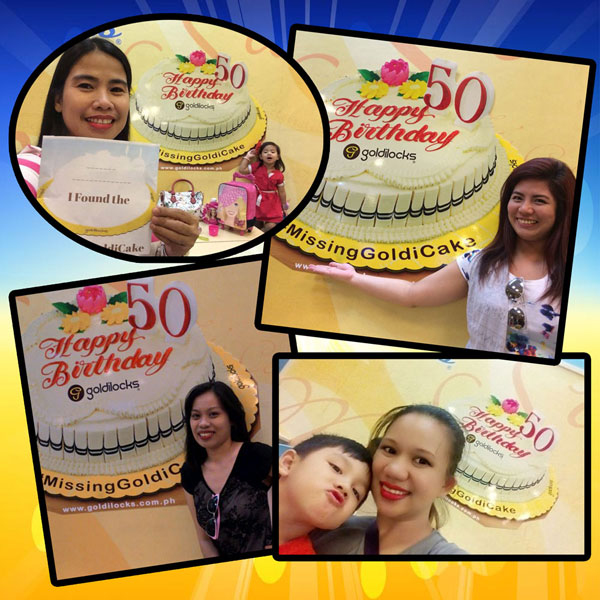 After a long search, it has finally been found. Thousands of people looked for the missing cake, and many found it in participating Goldilocks stores all over the city. Using an automated raffle machine, Goldilocks named five winners of Php 10,000 cash among those who found the cake, namely Resly Morgado, Joahne Pauline Adaya, Maria Elizabeth Andres, Junella B. Doliata, and Maria Camellia Cabigon. Ten more received a cash prize of Php 5,000 while five more won PhP 1,000 worth of Goldilocks gift certificates.

All of the winners were first overwhelmed with curiosity, but ultimately, had fun and are now looking forward to more amazing promos from Goldilocks.

Xiaomi Partners with Lazada for its LazMall Super Brand Day