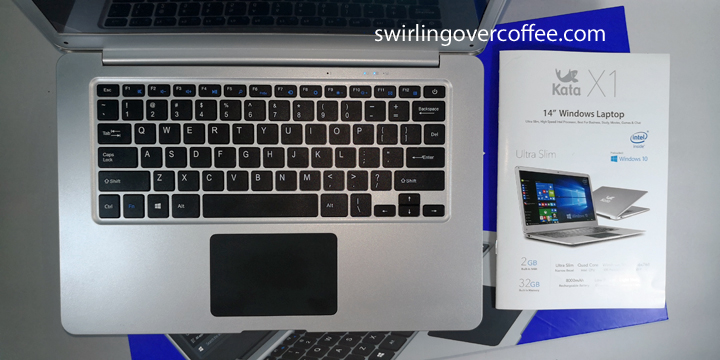 The Kata X1 is a Promising P9,999 Laptop – Unboxing and First Look

P9,999, which gets you a decent smartphone, can also buy you a decent budget Windows 10 laptop; one that might be good enough all around – display, keyboard, build, ports, speed, storage, and battery life. That’s the aim of the Kata X1, the company’s first laptop, one that’s aimed at students and workers who, like most of us, still need full (not mobile versions of) desktop PC apps and browsers. The Kata X1 will hit Kata stores in Metro Manila starting March 23 (but you can already pre-order). Here’s our unboxing and first thoughts. 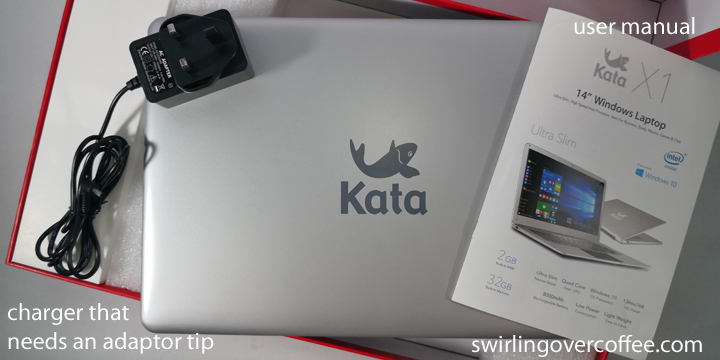 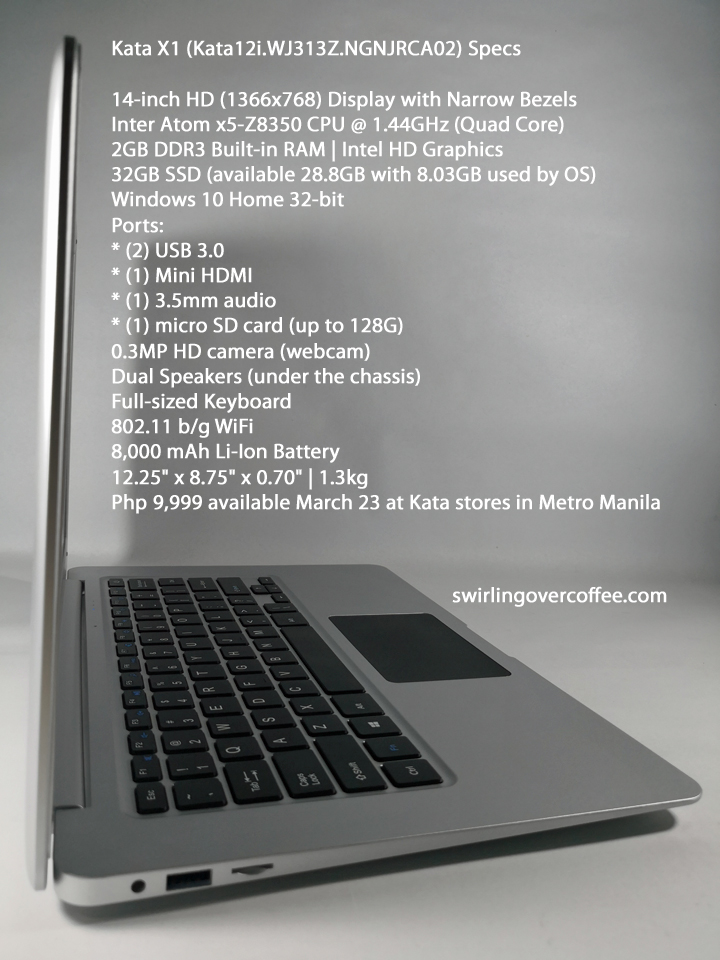 Out of the box, the Kata X1 (which looks like a MacBook Air) has a charger that needs an adaptor tip, which you can get for cheap at any hardware store. You’ll figure out the X1, for the most part, without having to read through the user manual, which is a good thing since that means the device is easy to operate. Just hold the power button about two seconds until a blue light shows itself and you’re on your way.

Solid, reassuring build. Even before we opened the lid (the display) we could tell the plastic build was good – there’s barely any creaking. With the display pulled up, we lifted the X1 to feel the slight heft (which is a good thing, as light plastic can mean flimsy build). You can hold the unit on one of the corners near the touchpad and you can tell there’s barely any creaking. The center of the keyboard barely has any flex. 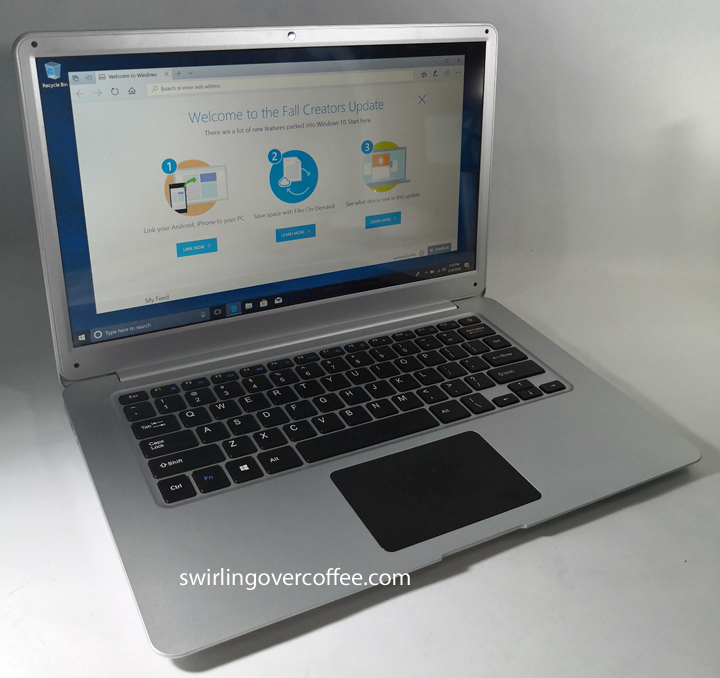 Very good HD display for this price. The 14-inch display has very small bezels, is bright, is colorful enough, and has good viewing angles. It’s rare for budget laptops to have such tiny bezels. It’s a good display that’s asking to be used for movie marathons. Remember, you rarely hear such praise about a 14-inch HD display on a P10k laptop. 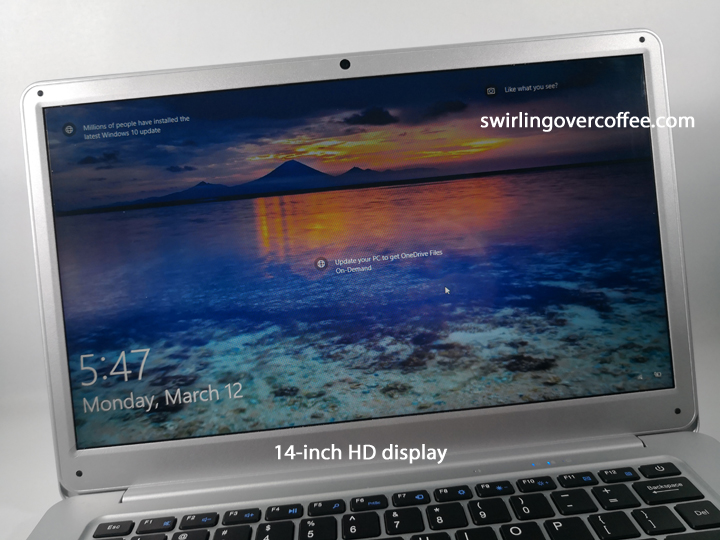 Keyboard seems good. Unlike some budget Windows portables, the X1 has a full-sized keyboard, so touch typists may feel right at home. The keys are spaced well (they’re not cramped), and have enough tactile feedback (unlike the new trend of having shallow keys for a thinner body). The individual keys don’t give you that feeling of typing on super cheap plastic (the keys are not rubber or have a rubberized surface) so long typing is probably good on the X1.

Generously-sized touchpad for a 14-incher. Something we’ve come to loathe on smallish budget Windows laptops and two-in-one’s is the small touchpad. Well, not on the Kata X1. Its touchpad is plastic, has a textured surface, and as per our initial usage, is very responsive. It has a deep-enough click-through that doesn’t feel hollow and cheap. The usual swipe gestures work perfectly. 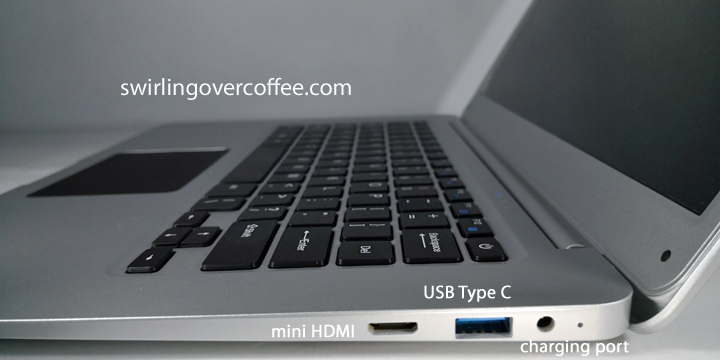 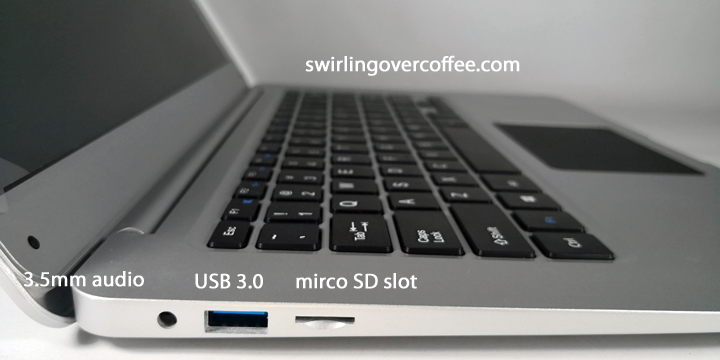 Good selection of ports. That’s two full-sized USB 3.0 ports on both sides (so you can plug in a mouse and a USB drive at the same time, without needing to buy a USB hub), a mini HDMI port (for connecting the X1 to an external monitor or projector), a 3.5mm audio port, and a micro SD card slot for expanding the X1’s storage. Oh, and we confused the audio jack (on the left side) for the power charging port (on the right side). It was a mystery, at first, why the device wasn’t charging. Now you know. 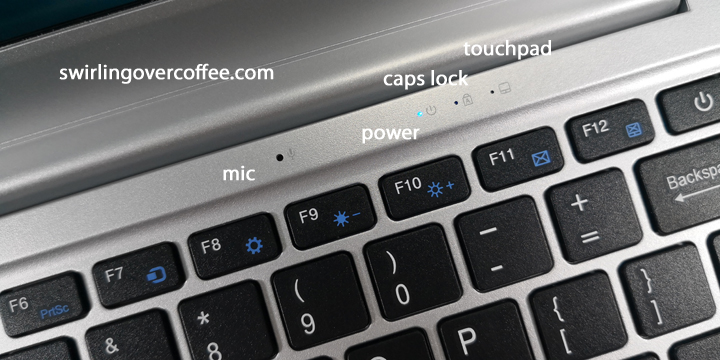 Audio is really loud. We played a video file saved in a USB in a large room with the volume at 100% and it was loud, even though the dual speakers are down-firing and are located under the keyboard chassis. So yeah, probably good for video marathons and for presentations. 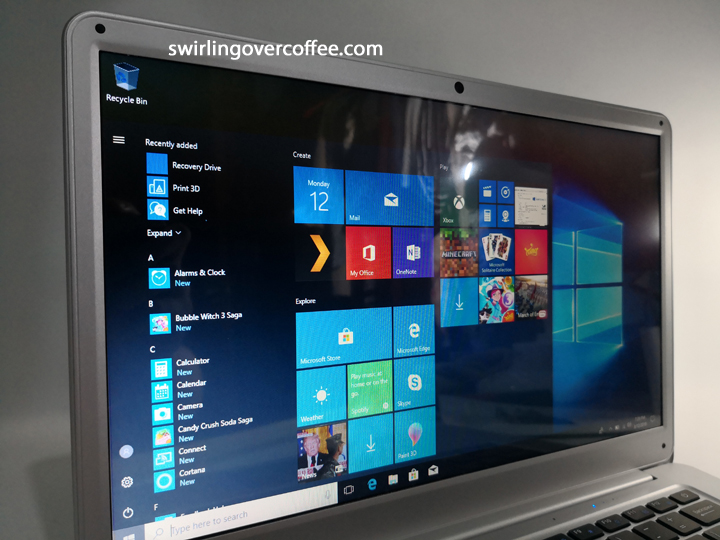 This tells you that the Kata X1’s 14-inch HD display has good side viewing angles, so you can share a movie or detailed spreadsheet with a classmate or officemate.

Doesn’t seem to have manufacturer bloatware. Usually you find these on the desktop as shortcuts to pre-installed apps. There’s none of those here and we are thankful. Because you won’t have to deal with apps that start up on their own and pop up as intrusive notifications.

That’s C drive’s remaining space after the following were installed: Windows updates, Windows Fall Creators update, Firefox, and Chrome. You’ll both need to clean up C: (delete previous version of Windows) and dedicate a micro SD card for both your files and for apps that can be installed on the SD card. Now you know.

No pre-installed FREE Microsoft Office, only a trial one. This would have been great. For comparison, the ASUS Transformer Book T100 had MS Office Home and Student 2013 (Word, Excel, PowerPoint, OneNote) bundled in. To be fair, the T100 costs more, at P22,995. Also, you can download a free open source office suite, LibreOffice. 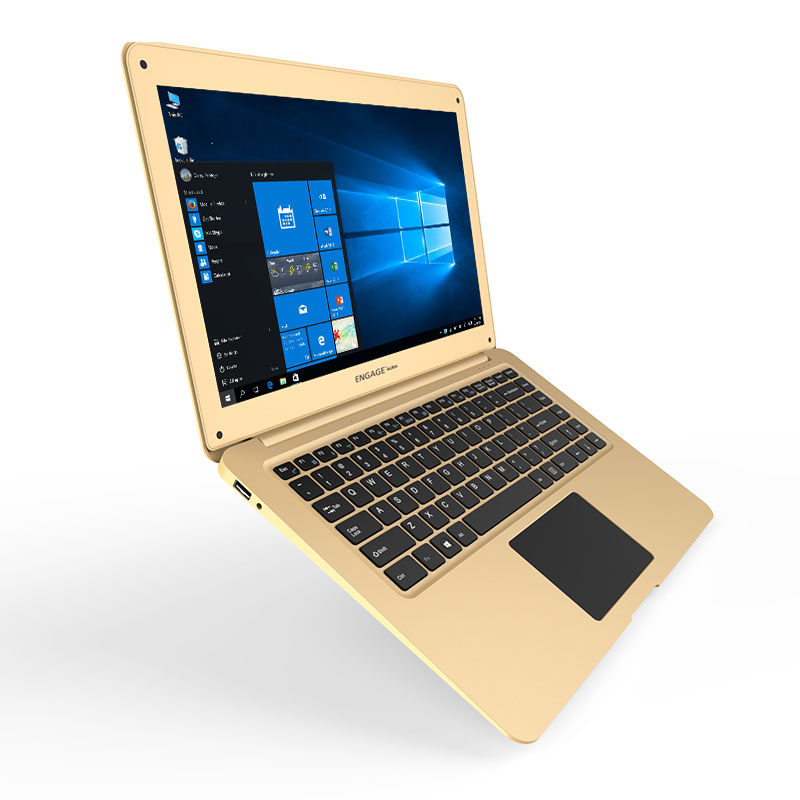 May be better than the competition. The closest in specs and price to the Kata X1 is the P9,990 Starmobile Engage Aura (see above image). However, we like the build, display, and keyboard on the Kata X1 better. The Engage Aura felt like so much plastic and is uncomfortable for typing. After all, if you’re buying a laptop for long typing and on-screen reading, you want something good. 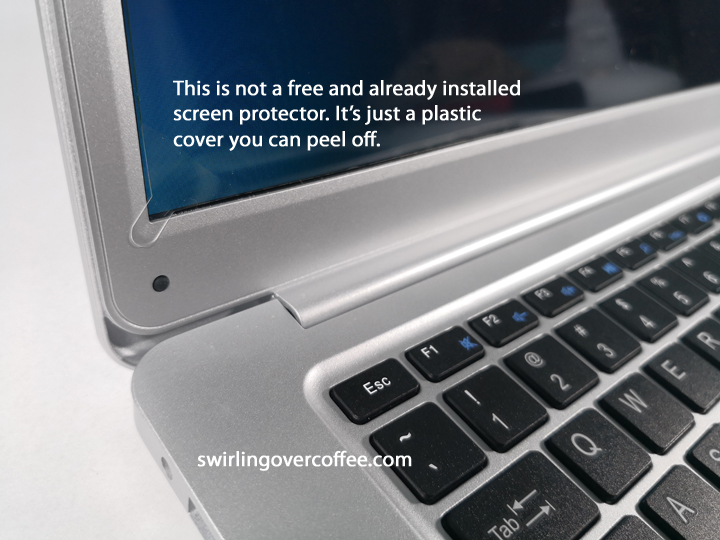 And that’s it for our unboxing and first look. Battery life, underbelly heat, charging time, multitasking under moderate usage, and other good stuff (and possible problems) will be covered in the full review.

Now, before you complain about this being an underpowered, budget laptop…

Some of us (the target market for the X1) just need to submit reports and term papers, tweak not-so-heavy spreadsheets, prep presentations, and view pages in full desktop browser mode. It is for these specific usage scenarios that the Kata X1 was designed for. So there.

The Kata X1 will be available at Kata stores in Metro Manila starting March 23. Our full review is in the works.

Kim Chiu and Paulo Avelino conquer their big days with Berocca - you can, too!