Coming from the Greek word “diptych” (pronounced as /dip-tik/) which means two artworks hinged together, Diptyc aims to build a community of likeminded fun and driven single professionals – to hopefully debunk the stigma of online dating.

“A lot of people still think dating sites are for people who are ‘desperately looking for love’ – Diptyc is simple all about connecting likeminded people who you would not necessarily cross paths with in your real life. It’s about making your network a lot bigger — who knows, you might meet your future friend, business partner, travel buddy and maybe if you’re lucky, that special someone,” says Diptyc.ph CEO and Founder Jean-Jacques Lafon. 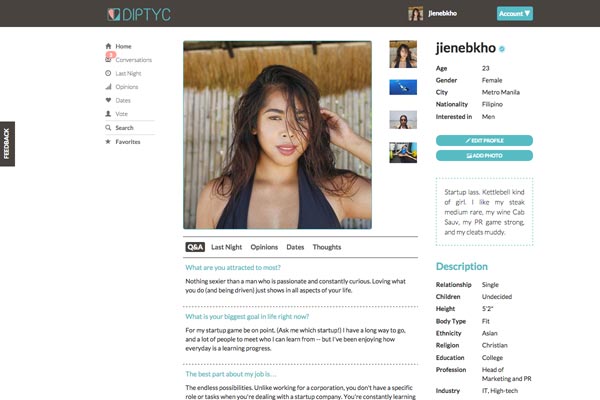 Unlike other online dating platforms, the sign up process plays an important role. Aside from creating your own username (yes, it’s time to get creative) and preferences, Diptyc also has questions about your personal and career life (with 140 minimum character count — We do think your match deserves more than a tweet!)– “Quick, write your 140 character resume.”, “What are you attracted to the most?”, “What’s one thing you’ve always wanted to do?”, are some of the questions they have.

“The sign up process is for our existing members to be able to screen the new sign ups and decide whether Diptyc is the right community for you. Unlike other dating platforms, we don’t match you with someone based on a computer-generated algorithm. We encourage our users to have a great conversation within a trusted community — and the site’s features just show that!” adds Jean-Jacques.

Once logged in on the site, Diptyc acts like your wingman – that one friend you have who knows just the right people. They have you covered on a string of icebreakers. If the answers on their profile aren’t enough, here are Diptyc’s other features: 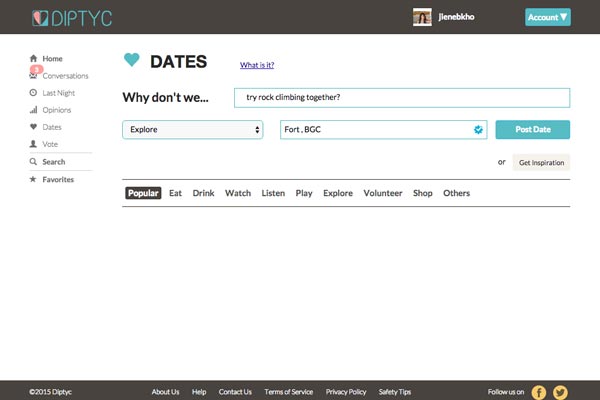 “In all your comments and likes in other people’s posts, it’s just between you and that particular user. It’s all private,” clarifies Jean-Jacques. 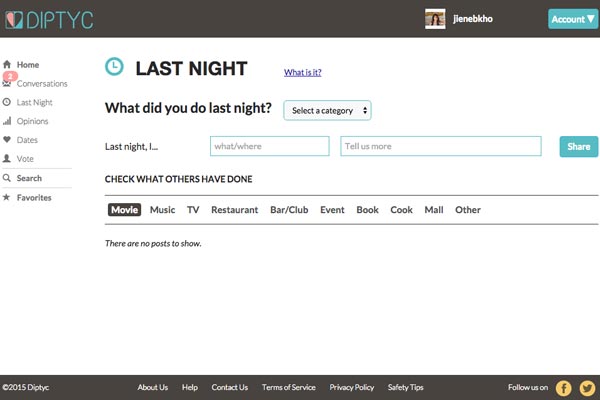 Recently watched a new movie or discovered a new band or found a new hole in the wall place? Why don’t you share it — it’s always a good conversation starter! 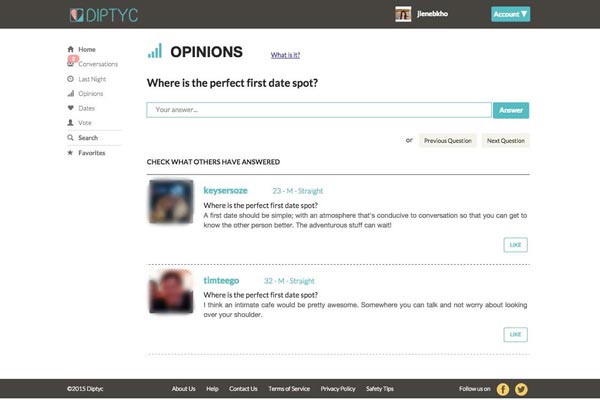 If you could travel anywhere, where? If you won a million dollars, what’s the first thing you would buy? In opinions, you’d be able to answer questions (now, as long or short as you want) — and see the other people’s answers in that question.

Sign up now on www.diptyc.ph with the voucher code WELCOMETODIPTYC to enjoy your free full access of Diptyc.

Diptyc is available on desktop and mobile version. Starting October 14, Diptyc will also be available on Play Store for Android devices. Stay tuned for their iOS release!