The recently concluded FunFest of Super8 Grocery Warehouse turned out to be a three-day extravaganza of blockbuster deals, super prizes, and amazing entertainment for everyone who attended.

The World Trade Center in Pasay City was transformed into a veritable shopper’s paradise as the grocery chain captured the spirit of the theme, “Buhay Bida, Buhay Pilikula”. 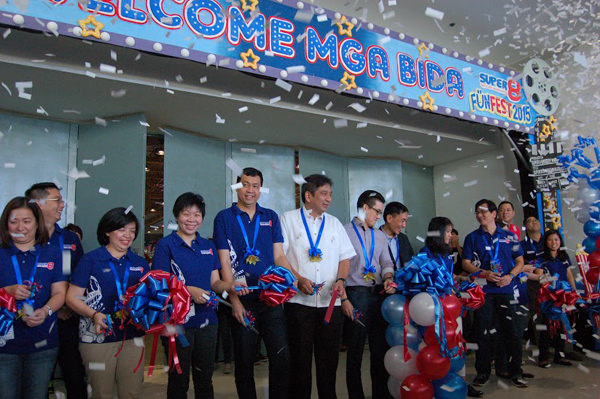 Super8 Gracery Warehouse has made a name for itself by offering quality supplies at unbelievably low prices.

For this year’s annual FunFest, the first two days were reserved for Super8 Reward cardholder, accompanied by 2 guests. The gates were opened to the general public on the third day, which brought sari-sari store owners, retailers, wholesalers and other MSME entrepreneurs in full force. Having seen special discounts and the benefits of being a Super8 Reward cardholder for themselves, majority of the walk-ins likewise signed up to become members.

Super8 Business Group Director Armand Mendoza was thankful for the highly successful event, and emphasized the company’s motivation for staging it each year.  “Our annual FunFest is the best venue to give back to our loyal customers,” he noted.  “Giving them the Super Bida treatment is just a small way to show our appreciation for their tremendous support.  Our FunFest gets bigger and better each year thanks to our loyal patrons,” he added.

FunFest 2016 may not be around the corner, but even now there’s definitely a lot to look forward to.  For more information and pictures of FunFest 2015, visit http://www.facebook.com/super8.ph.

The Brent Residences - The Hackett Hall: A Welcoming Sequel

Beyond Cars and Watches: A Look Through Men’s Common Concerns

Free Cash-In via BPI, BDO, Unionbank and Other Banks With InstaPay – GCash