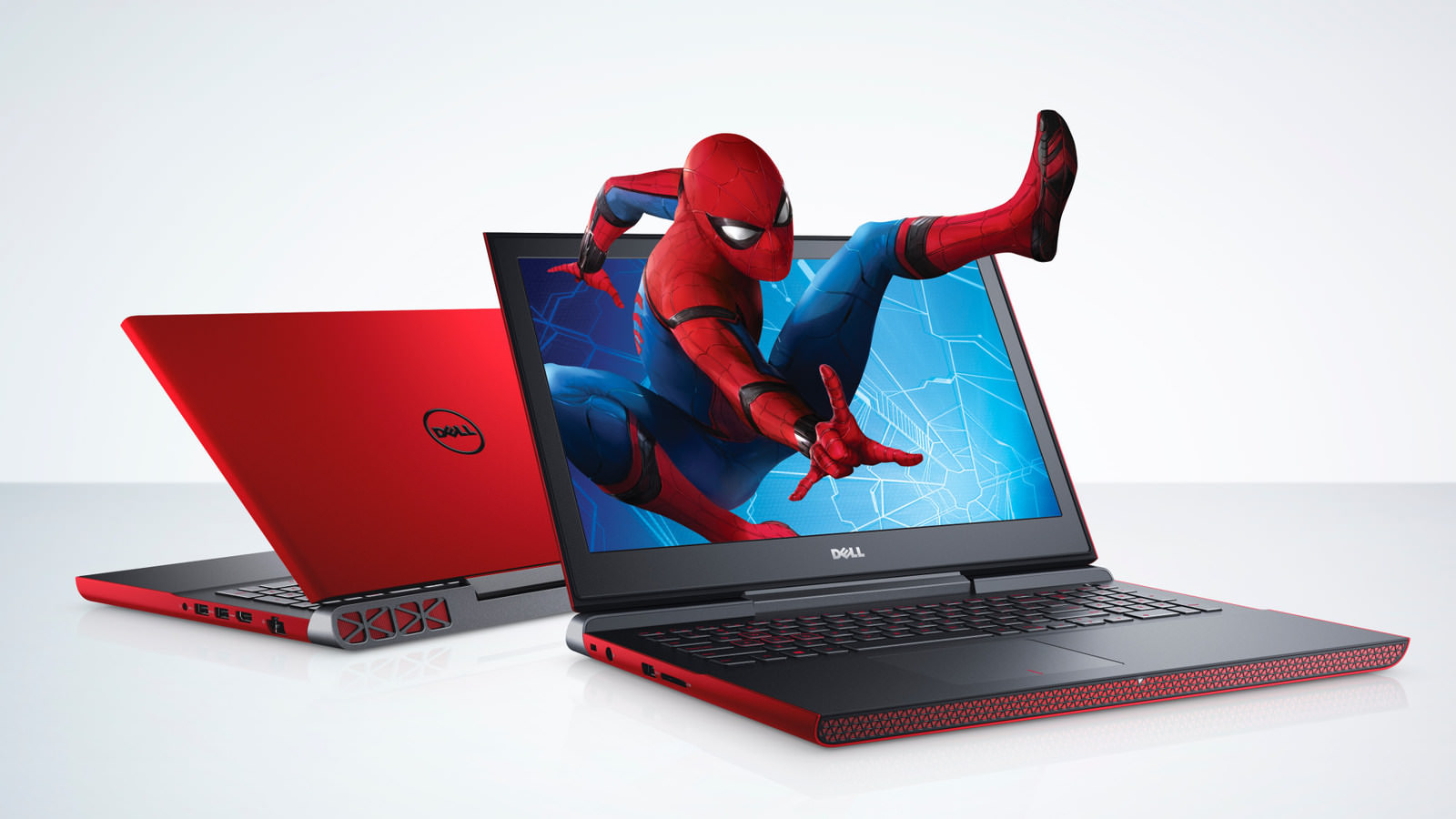 When Spider-Man: Homecoming swings into theaters July 7, Dell will be at Sony Pictures’ side for all the action.

Dell teamed up with Sony Pictures, a long time Dell customer and partner, to take collaborations to the next level with Spider-Man: Homecoming. Collaborating both behind and in front of the camera, Spider-Man: Homecoming will kick off a 360-degree integrated global marketing campaign featuring the highly anticipated film and PC gaming industry’s newest entrant, Dell’s new Inspiron 15 7000 Gaming laptop.

The alliance will integrate Dell products into the film’s storyline along with a full-scale marketing and promotional campaign featuring Dell and Sony Pictures Spider-Man: Homecoming properties. The campaign features a TV spot, cinema, print, digital advertising, out-of-home placements, and consumer engagement activations throughout the summer.

The campaign will engage fans of Spider-Man and the Marvel Cinematic Universe; as well as movie fans at large who like to game for fun and socialize, and more competitive gamers looking for the latest in technology and the best visual gaming experiences.

The television ad campaign highlighting new Spider-Man content created with Jon Watts, the director of Spider-Man: Homecoming, features Peter Parker daydreaming in class about an epic battle between Spider-Man and the Vulture. The advertising spot will air on TV networks in the US on June 26 and later this summer in China, UK, Brazil, Japan, Australia and Mexico across cinema, online and TV.

“The broad popularity of the Spider-Man franchise and its relevance with gamers presented a real opportunity to launch Dell’s Inspiron Gaming line as part of the campaign and bring Dell’s expertise in high-performance gaming to more people,” said Gerri Tunnell, senior vice president, Consumer and Small Business Marketing at Dell. “Spider-Man fans care about authenticity to the brand, character and storytelling, so partnering with Jon Watts on the TV spot allowed Dell to uphold a seamless look and tone, stay true to the film and deliver to the Marvel community.”

“Michael Dell founded Dell in his college dorm room – he’s exactly the kind of person that Peter Parker would look up to,” said Stephanie Cohen, senior vice president, Sony Pictures National Marketing Partnerships. “Our Peter is a STEM student, working on the cutting edge, with the inherent creativity and entrepreneurial spirit that dries Dell. That’s why we feel this collaboration is a natural fit and we’re thrilled to be teaming up with Dell.”

“We are proud that Sony Pictures Imageworks looks to us, and solutions such as the Precision rack 7910 workstations, to deliver the reliable performance for incredible visual effects that make films like Spider-Man: Homecoming possible,” said Rahul Tikoo, vice president and general manager, Dell Precision workstations. “Our collaboration with Imageworks goes beyond this film; we’re making sure to not only equip them with what they need today but to deliver the transformative solutions they might need for the future of immersive storytelling.”

Dell Products Take the Spotlight in Front of the Camera in Spider-Man: Homecoming

The Dell team worked closely with the Spider-Man: Homecoming filmmakers to integrate both Dell’s Inspiron 15 Gaming laptop (the lead product from Dell’s new gaming line) and Dell’s popular XPS 13 2-in-1 into the storyline of the film. The Inspiron 15 Gaming laptop will appear in a pivotal scene as Peter Parker’s best friend, Ned, an avid gamer, connects his laptop to a Spider-Man suit chock-full of new technology, courtesy of Tony Stark. Stark’s friend and confidant, Happy Hogan, also uses the award-winning Dell XPS 13 2-in-1.

Timed with opening weekend of Spider-Man: Homecoming, Dell and Sony Pictures will also invite fans to step into Spidey’s shoes. For the first time ever, passersby will be able to race to the top of a New York City skyscraper using their mobile phones in Times Square by participating in an immersive, interactive Spider-Man Scramble experience on some of the largest digital billboards in New York City. The video game will be live on Clear Channel Outdoor’s digital billboard on Broadway between 46th and 47th Street from June 30 – July 1 and July 7 – 8 from 2 – 10 p.m. EDT in Times Square allowing fans the opportunity to swing by Duffy Square and show off their Spidey skills.

Against a backdrop of the real-life buildings in Times Square, players will control Spider-Man via their mobile phones as he races up two massive digital screens in front of the Times Square audience. The Spider-Man Scramble game was created on and will be projected on the Times Square billboards by Dell Precision mobile workstations.

Finally, Dell will be a sponsor of the Spider-Man: Homecoming World Premiere June 28 in Los Angeles – helping to present a red carpet premiere that will truly be powered by Dell. Dell will bring a mobile experience directly to the red carpet for celebrities and VIPs to enjoy VR, gaming and other Dell tech demos along with behind the scenes Spider-Man: Homecoming content.

Why do we love the Amazing Aloha Yumbuger?

Solving The Affordable Housing Backlog One Step at a Time