Close to a year after its first deployment, carrier-grade Smart Wifi can now be found in key airports and transport hubs, universities, hospitals and even entertainment hubs across the country, allowing more people to live their increasingly digital lifestyles to the fullest, like never before.

The Smart Wifi rollout is part of Smart’s network expansion program. It goes hand-in-hand with the ongoing Smart LTE rollout, which aims to improve LTE coverage and increase the capacity of Smart’s cell sites nationwide, so they can accommodate more calls, texts and ever-increasing data traffic. 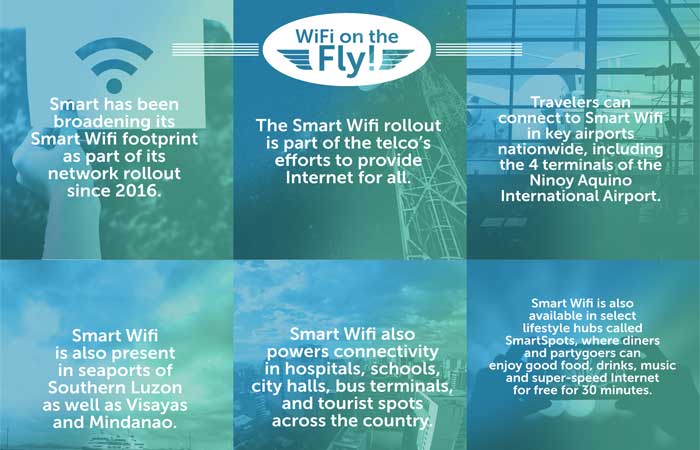 With a backhaul capacity of up to one gigabit per second, Smart Wifi can support up to 3,000 connected users with robust Wifi connectivity.

Passengers waiting for their flights can now access super-speed Smart Wifi in the four terminals of the Ninoy Aquino International Airport, as well as in 17 other key airports around the country.
Whether they’re traveling for business or pleasure, travelers from all networks can use Smart Wifi to check their flights and hotels online, update their social media and stream videos and music while waiting for boarding time. 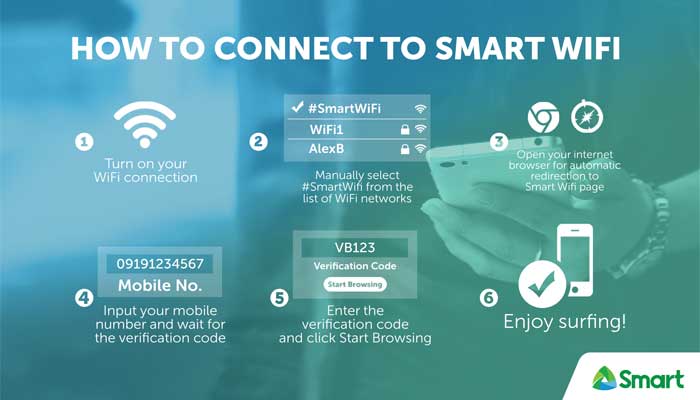 On June 12, coinciding with the nation’s 119th Independence Day celebrations, Smart launched carrier-grade Smart Wifi on the MRT and along the stretch of EDSA to improve the mobile data experience of around half a million commuters who travel along the country’s busiest highway to get from their homes to their workplaces, and vice versa.

Commuters waiting for the MRT or riding on EDSA route buses can now stream music, watch videos or check email via robust Smart Wifi connectivity, which posted download speeds of between 200 to 300 Mbps from Taft Avenue station to North Avenue station during its first week.

Since the start of the year, several entertainment and lifestyle hubs called SmartSpots—high-traffic areas such as restaurant and bar clusters and malls where crowds often hang out—have also been launched, and are now also powered by Smart Wifi and Smart LTE.

Subscribers from all networks can surf like never before on the Smart Wifi service, which is free for the first 30 minutes, without data cap. Load cards can be purchased to extend user sessions for P20 for 2 hours, valid for 2 days; and P50 for 10 hours, valid for 5 days. Smart subscribers can topup for as low as P10, for 30 minutes, valid for 1 day.