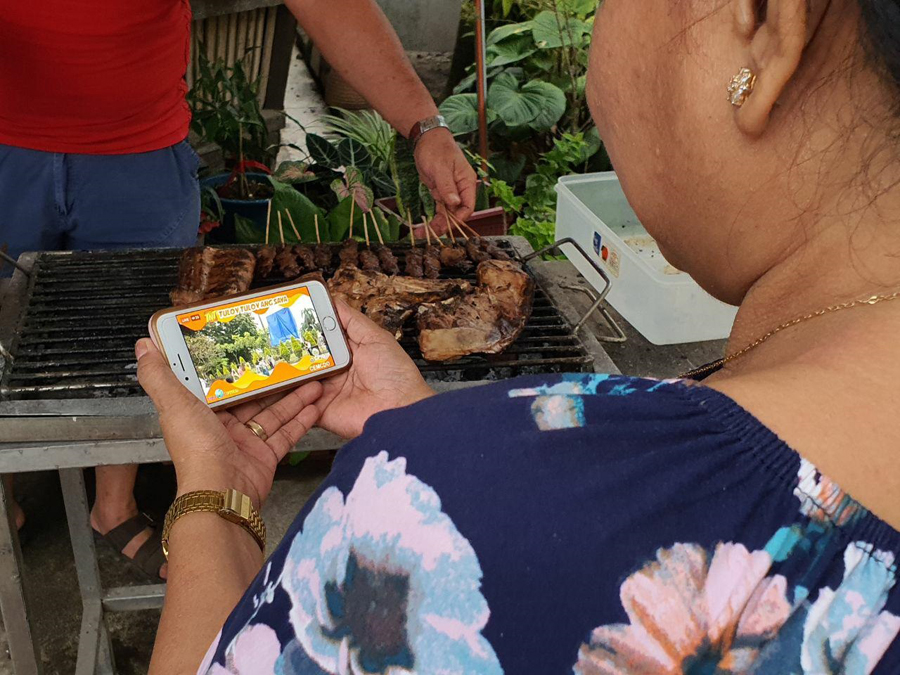 This year, due to the COVID-19 pandemic, the Tuna Capital of the Philippines is holding one of the country’s most popular fiestas online.

Held in General Santos City, the Tuna Festival runs from Aug. 29 to Sept 15, with the city government of General Santos livestreaming digital celebrations on its official Facebook accounts, as well as the official TNT Facebook page.

To help make this shift online work, PLDT wireless subsidiary Smart Communications, Inc.’s (Smart) has ramped-up the roll out of its Long Term Evolution (LTE) and LTE-Advanced network in Mindanao, including the provinces of South Cotabato, North Cotabato, Sarangani and Sultan Kudarat (SOCCSKSARGEN) and the city of General Santos.

To date, over 90% of Smart’s sites in SOCCSKSARGEN are already on LTE. In addition to expanding its LTE reach, Smart is also increasing the capacity of its LTE sites by deploying more LTE base stations, increasing their count in the region by around 40% this year.

Smart has also been deploying LTE-Advanced and carrier aggregation (CA) technology to improve the mobile internet experience of its customers. A key feature of LTE-A, CA allows the combination of two or more radio frequency bands in order to deliver much faster data speeds to mobile phone users.

“Our continuing investments in expanding and upgrading our network infrastructure nationwide is proof of our commitment to keep improving customer experience across the country,” said PLDT-Smart Senior Vice President for Network Planning and Engineering Mario G. Tamayo.

“By making LTE more available and increasing our network capacity, our customers in General Santos City and other areas in the region can use our network to stay connected with loved ones, access online learning platforms, work remotely, and run their businesses from the safety of their homes, especially in the New Normal,” Tamayo added.

With this improved network in place, not only residents of General Santos City but also people in other areas of the country will also be able to participate in the online festivities for this year’s Tuna Festival.

Smart, led by its TNT brand, is supporting the online festivities, which include the opening ceremonies held at the Plaza Heneral Santos, the unveiling of the Official Tuna Festival 2020 Billboard, online Zumba sessions, TikTok challenges, and live concerts. All major festival activities will be streamed live via the TNT official Facebook page.

This year, Smart is also set to further increase the number of its LTE sites and availability across all municipalities. To date, Smart’s 4G/LTE service, when combined with its 3G service, now provides high-speed mobile internet service to over 93% of the country’s cities and municipalities and 95% of the population.

“In most provinces, we have already upgraded our existing sites to LTE. We continue to add LTE bands and rollout additional physical sites so that we can support our customers’ ever-increasing need for connectivity, especially in the new normal,” Tamayo added.

The country’s only fully integrated telecoms and digital services provider, PLDT and Smart’s sustained investments in their network have totaled some Php260 billion from 2015 to 2019. In the first half of 2020, Smart further increased the number of its LTE base stations by 10% compared to end-2019. In April, it also increased the capacity of its LTE network by reallocating its assigned 1800 Mhz frequency from 2G to 4G/LTE. As a result, 3,785 Smart base stations are now providing additional capacity for its LTE network. PLDT has leveled up its target capital expenditures for 2020 back up to about Php70 billion.

Moreover, in its ongoing LTE and LTE-Advanced roll-out, Smart has been installing 5G-capable equipment which will enable Smart to deploy 5G easier and faster.

Smart’s mobile network is supported by PLDT’s fiber infrastructure, which provides high-capacity links to LTE base stations and is now nearly 360,000 kilometers nationwide.

SM Cinema Drive-In Opens in Mall of Asia for #SafeAndFunMovieWatching